I’d like to think that our four posts, the photo I donated and they used in the campaign and the video interview we shot asking folks to vote helped make this happen.

Kristine Fisher placed a call to Anne Robinson who contacted me while she was away on vacation and asked if I could get the publishers of the magazine a decent representative photo for the contest under the wire of the deadline for inclusion of the voting.  They used the photo in the campaign and it is on the website which announced the winners here.

seARTS should be commended for getting the ball rolling.  This is what happens when we work together for the benefit of our community!  HUGE!!!!!  So huge for The Chamber of Commerce, The Destination Marketing Organization and all of those who promote our great city to point to in their marketing campaigns!

And links to the posts in which Jackie,Jo-Ann Castano and Kristine Fisher and I kept putting the pressure on explaining how it helps the people who market our areas job that much easier to promote-

Submitted on 2011/02/02 at 8:36 pm Here is another page online to direct people to. It’s American Style online magazine where POP Gallery in Gloucester is featured. Would be good to get people to post comments on the article. More … Continue reading →

seARTS WANTS YOU! To Vote For Gloucester Video With Jackie Ganim DeFalco and Kristine Fisher

Kristine Fisher and Jackie Ganim DeFalco stop by to talk all about seARTS and all of the exciting programs happening including the get the vote out effort to inform people about the American Style Magazine voting for Gloucester. Kristine writes- … Continue reading →

Vote If You Love Gloucester

This is the type of thing that if we win can be used in marketing all over the world. Won’t you vote for your favorite city? Hi Joey. Can this be posted on GMG? ***** Vote for Gloucester and You … Continue reading →

A newcomer to the Top 25 list, Gloucester is home to museums, galleries and the oldest working art colony in the U.S.

Cape Ann, a thriving arts and cultural destination, lies just 30 miles north of Boston along one of the prettiest stretches of coastline in all of Massachusetts. Billed as one of the last great unspoiled places, its harbors, lighthouses, beaches, coves and coastline have been attracting artists almost from its beginnings in 1623.

Cape Ann’s four communities include Rockport, Essex, Manchester-by-the-Sea and Gloucester, America’s oldest seaport. “Art is vital to the lifeblood of Gloucester. There are many beautiful places with seashores and harbors but the combination of arts, culture, and industry are rarely so integrated and integral to the life of a city. It makes Gloucester a very unique place that celebrates art in a way that most cities can’t,” says resident and AmericanStyle reader Barbara Silberman. Gloucester is home to a large population of artists, many of whom display their work in Rocky Neck Art Colony galleries and studios. You can visit the Rocky Neck Gallery or enjoy open studios and entertainment during Nights on the Neck, on the first Thursday of the month from June to October.

This year an iconic red brick building on Gloucester’s Main Street, known to locals as “The Blackburn,” was transformed into The Cape Ann, also known as “The Annie.” The building was revitalized to promote the arts in the community and serves as a venue for performance and visual display. Located within The Annie is “The Art Parlour,” an expansive gallery space that allows local artists to show their work free of charge.

The annual Cape Ann Artisans’ Studio Tour takes place June 18-19 along the scenic coastline of Gloucester and Rockport, allowing visitors to meet more than 15 professional artists and see their work where it was created.

The Annual Gloucester Waterfront Festival will showcase the juried work of over 175 artists and craftsmen from throughout the U.S. in the city’s historic Fort Park on Aug. 20-21.

You See the Menu Here on Good Morning Gloucester First- Natch, It’s What We Do

Look for a comprehensive interview and story on Blue Lobster Grille from my buddy Heather Atwood soon.

Thanks Ryan Pinkham for the tip

What comes after Q?

That Joey C. has a camera that can be programmed to create the most geeky expressions on people?  I’ve seen him do it many times with me, and he did it Sunday with in-training GMG Blackburn Challenge contenders, Paul Morrison and Ed Collard.  This is how Paul and Ed really looked – like sleek, well-oiled, finetuned contenders.  And there you can see Joey, with a slightly demonic grin on his face, creating the wrung out looking Ed and port-a-potty seeking Paul shots he posted on Sunday.

That FOB Patti Keenan is a Paul Frontiero art rocks and sketch lover, and makes awesome chocolate chip cookies?  Patti couldn’t make it to the pre-opening party at Khan Studio and the GMG Gallery Friday night, but she stopped by early and dropped off a plate of amazing chocolate chip cookies and a container of Bailey’s and coffee (no one knew about the Bailey’s coffee except me and Paul Frontiero, as we both had a cup of it, but I never put it out and got to enjoy a cup of it before the reggae music at Madfish on Saturday.  Being as cold as it is, it has been very much appreciated, Patti.  This a shot of Joey C. at the party after his UUC award, enjoying a beer and one of Patti’s cookies.  Beer and chocolate chip cookies sounds like a horrible combination to me, but he seemed to really enjoy it.

Last of the young Robins. Just 2 remaining as of today.
Made this robin house from plans on the internet and it works great.
Positioned it under my deck and can view it through a back window.
Len Burgess

Hey Len, how bout sharing the website on which you found the plans?

A wide variety of annuals, perennials and herbs as well as morning coffee and home-baked goods will be available.   All proceeds are contributed by the Sewing Circle to Cape Ann community programs.  Founded in 1837, the Annisquam Sewing Circle is one of the oldest continuous independent societies of women in the country.

In music as well as in life, Sasquatch has captured his personal hold on Cape Ann’s cultural history.  He has written a mini-catalog of moving songs of the sea, including the
unforgettable anthem: “Wrapped in the Arms of Gloucester”
Dinner with Fly Amero: 8 – 11pm
*Each week features a special, invited musical guest
Dave Trooper’s Kitchen…
Prime Rib Dinner –  $9.95 (while they last)
Prepared fresh weekly by “Troop”… always good!

This thursday’s Rumline show features our own homegroan musical prodigy, Mr. Dave Brown, the systolic Svengali of  sliiide glitarrh. Always a pleasure. He’s bringing his entire bungee cord collection, too. Unfortuately his (and our) companion zygote Mr. Dave Mattacks had to cancel after suffering setbacks from some elective surgery. Luckily, Mr. Steevee Chaggaris, with the napalmolive hairdo, is ready to fill some mighty big shoes. Look for him on the eggbeaters, cackling away. As usual, Greg T. and myself fill out the waistline.
They say summer’s coming: It’s Mammorial Day Weakend. and to get you off to a good start, The Madfish Grill proudly presents MADHOUSE this Friday nite. We’re gonna boogie! John Keegan and his ants are ready to crawl up your leg all night long! Start  scratching!

Standing at the crossroads of
The Past, The Present and The Future
www.TheAnnie.org
www.TheCapeAnn.org

Seaward Inn is happy to welcome Barry Michaud to our Sunday Morning Live Series. Barry will be with us on Sunday May 29, 2011, entertaining our guests as they enjoy our our beautiful Sunday Buffet by the Sea from 9:00AM till Noon.

Originally from Maine, Barry moved to the Boston area to join musical forces with the Orphans, Jonathan Edwards and bands with long time friend Allen Estes. Settling in the Cape Ann area, he now performs throughout New England as a solo artist as well as with the Backwoods Ramblers band. With a relaxed musical style. You’ll enjoy his songs of life, as well as a hint of Maine humor. You will especially enjoy songs from his current C.D. recording, “Better Late Than Never”. Always personal, you’ll be sure to enjoy his voice, guitar, and the stories they tell.

Take a few minutes and listen to Barry sing “Better Late Than Never” and then make plans to join us May 29th!

Rockport Gets Some Love From Your Boy Joey This Week-

The Red Skiff is exactly what you want when you go to Rockport- unpretentious, fantastic food at non-tourist trap prices and super friendly service. My Reuben was cooked to perfection and the portion generous.  Highly recommended! 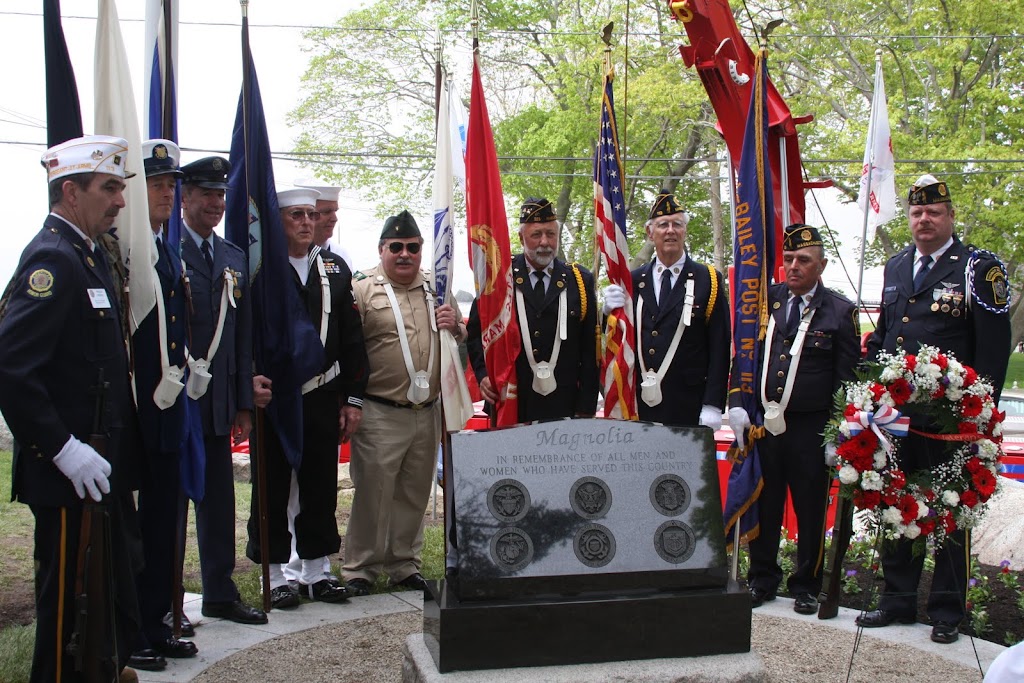 Joey,
I’m trying to track down an important bit of history about my Grandfather’s Boat.  Capt. John A. Dahlmer’s fishing boat Superior was taken by the US Navy early in WW-II.  We have heard that she was used to supply weather stations along the Greenland and Newfoundland coasts with fuel and food.  She was returned to the family in 1944.  As a child, I remember seeing a paper certificate issued by the US Navy thanking him for the use of his boat in the war effort.  He was also paid $1 for each of the 4 years she was on naval duty.
My question is, what was the name of the navy command that operated Superior and other New England vessels during the war years?  I’m sure some of your readers had similar experiences with other boats at that time and, maybe someone can tell me.  Maybe even someone has a picture of her at that time.  A picture of Superior sporting her new, first in the fleet, whaleback bow in 1935 is attached.
Thanks,
Bill Hubbard
bill.hubbard@fineartamerica.com

Oh well, I guess I have an excuse to go back.