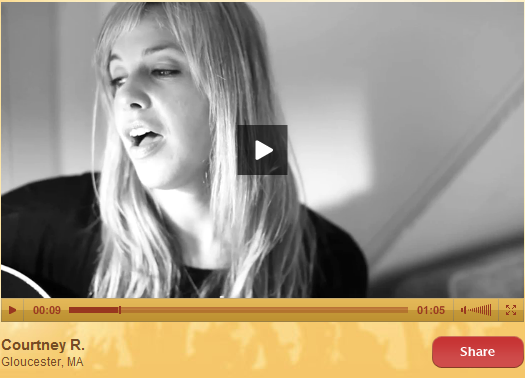 ORRVILLE, OH, May 11, 2011 — Five musical acts are heading to New York City as finalists in the Folgers® Jingle Contest.  The talented top five will compete in a live audition in front of award-winning songwriter and former American Idol® judge, Kara DioGuardi for a chance to win the grand prize of $25,000, a mentoring session with Kara and a chance to appear in a Folgers Coffee commercial.
The top five finalists:

“I’m all about taking a song and making it your own.  It’s been great to hear the diversity of The Best Part of Wakin’ Up™ jingle submissions—from R&B to Country—musical genres of all types have been represented,” said DioGuardi.  “I’m excited to witness the creativity and musical talent first-hand at the judging event in New York City.”
Visit www.bestpartofwakinup.com to view the finalists’ video entries and complete Official Rules.
About the Contest
Thousands of creative musicians submitted video entries on www.bestpartofwakinup.com from January 19 through March 1, 2011.  Qualified entries underwent an initial round of judging based on creativity/originality, musical performance, and adherence to creative assignment and were then narrowed down to a group of ten semi-finalists.
From March 31 through April 25, 2011, the top ten semi-finalist entries were posted to www.bestpartofwakinup.com for a public vote.  The top five finalists were determined based on points awarded from both the initial judging round and online vote totals.
Finalists will travel to New York City in June 2011 to compete in the live grand prize audition and perform their version of The Best Part of Wakin’ Up jingle in front of Kara DioGuardi and a panel of judges. One finalist will be named the Grand Prize Winner and receive $25,000, the chance to appear in a future Folgers commercial and chance to receive a music mentoring session from Kara DioGuardi.