Europe took a significant step as a majority of EU member states voted for a partial ban of three bee-killer pesticides. This, despite fierce behind-the-scenes lobbying from insecticide firms Syngenta and Bayer.  “A series of high-profile scientific studies has linked neonicotinoids to huge losses in the number of queens produced and big increases in “disappeared” bees – those that fail to return from foraging trips. Pesticide manufacturers and UK ministers have argued that the science is inconclusive and that a ban would harm food production, but conservationists say harm stemming from dying pollinators is even greater.” (The Guardian, UK). 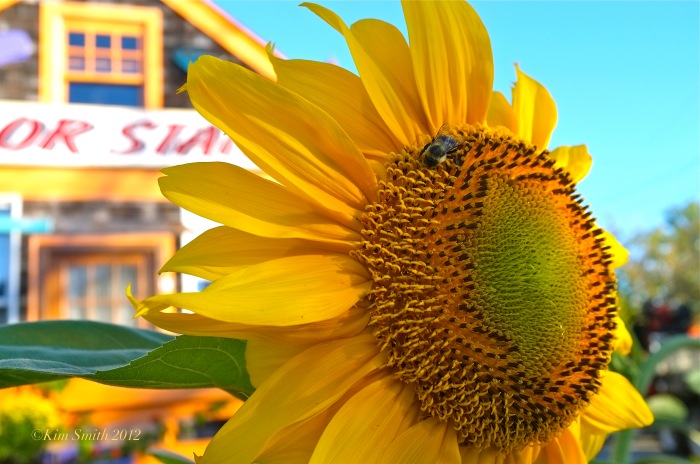 It  is a landmark vote and was supported by petitions signed by millions of people.  Although it is only a two year ban, the hope is the ban will give the beleaguered bee a break, and allow time for reexamination of data. Under the EU measures, restricions on the following apply: for treating seeds, soil and leaves on flowering crops attractive to bees such as corn, sunflowers and rapeseed (the source of canola oil). The products may still be used on crops like winter wheat for which the danger to bees is deemed to be small. Use by home gardeners will be prohibited.

The three banned insecticides are imidacloprid, thiametoxam, and clothianidin. The neonicotinoid I see commonly listed on pesticides that are readily available to the home gardener is imidacloprid. I urge every home gardener not to use pesticides. I don’t use them, ever, in my own garden, and never in both the private and public gardens that I design and maintain. Several years ago, I reported that Alain Baraton, the head gardener at the Palace of Versailles stopped using pesticides at the palace gardens. Within the year, a natural balance began to take hold in the gardens, including the return of songbirds to the gardens which in turn eat the insects. If the no-pesticide policy is successful at Versailles, which receives millions upon millions of annual visitors, a pestide ban can certainly be implemented for our private homes and public spaces.

A dear friend of mine, Heidi Kost-Gross, is Vice Chair of the Natural Resources Commission for the Town of Wellesley (garden club readers–she is also President of the Federated Garden Club of Massachusetts). Heidi has been instrumental in pesticide reduction throughout Massachusetts. The Wellesley Natural Resources Commission has created an outstanding Pesticide Reduction Resource Guide for Citizens and Municipalities of Massachusetts, which is available for free to distribute anything found in the guide.