If any of the young skaters who grace the ice at The Dorothy M. Talbot Rink have any Olympic ambitions, it is pretty cool to have Ben (Punky) Smith watching from the stands!

Thatcher and Finn, knowing he is my husband’s Godfather, have read the plaques that pay tribute to his pretty fantastic Olympic Coaching career many times and were pretty smitten to see him at last week’s Gloucester High School game.

Thatcher was beyond happy to hear him say, “Your son looked pretty good out there” after his team skated at intermission. 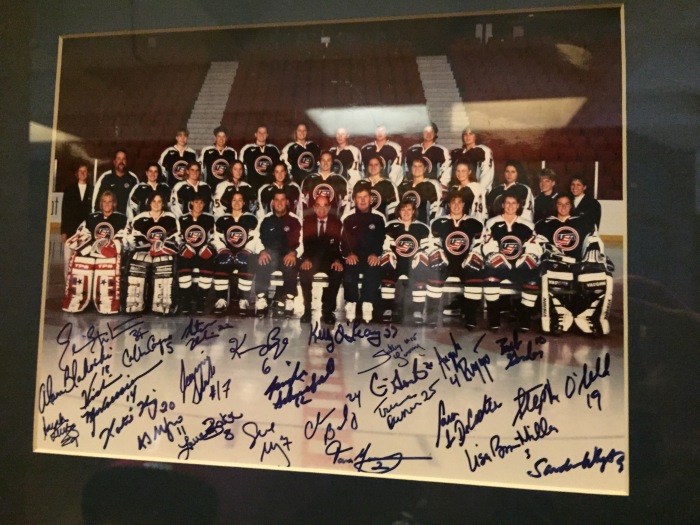 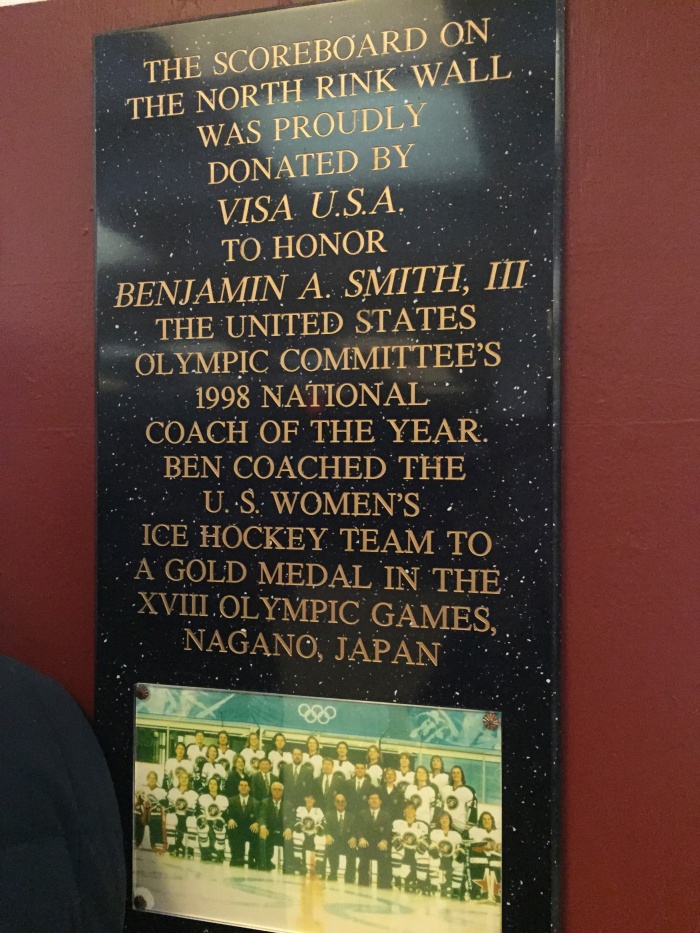 View all posts by Nichole S.

One thought on “Olympic Dreams”