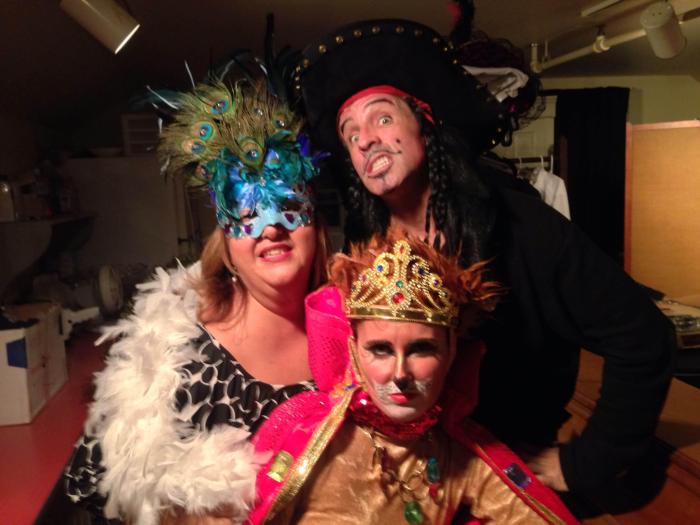 -pvn, sent from my phone

Come on down, this event happens August 7,8 and 9th. Lots to eat, lots to do and great shopping.

Art Everywhere Billboards opens across the country today. Here’s a link to the interactive map of locations http://arteverywhereus.org/Map

For GLOUCESTER, MA there’s a mash up poster for the entire Art Everywhere exhibit, rather than a single image. You can see it at 551-553 Washington Street Gloucester. Look for Homer’s Breezing Up on the 93 expressway by Dorchester.

The Fitz Hugh Lane’s Boston Harbor is in two locations, one near  Westborough, the other one along 495 near Wrentham/Plainview/Foxbourough.

Salem State College has the Hassam. Boston is the location of the Heade Giant Magnolias. 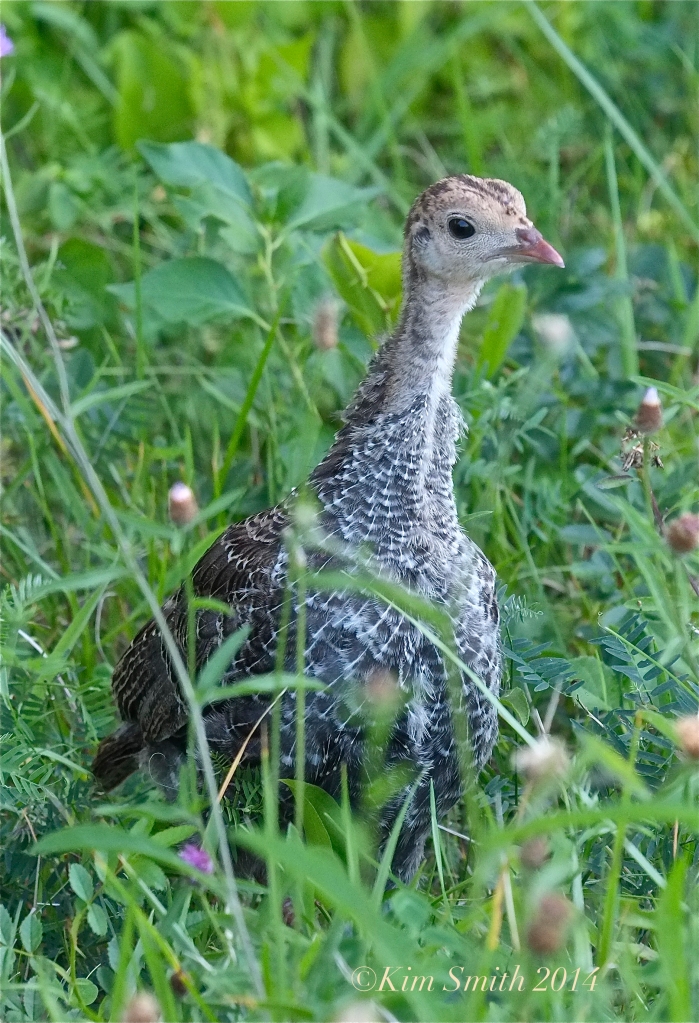 A baby turkey is called a poult.

Where was the Tom?

This little turkey family seemed so vulnerable. Although blending well with the surrounding vegetation, the hen was disabled. She was only able to half walk, half hop. Despite her injury, she kept close watch over the babies as they foraged. I was especially surprised that no Tom came charging to protect the flock, which has been my experience with past turkey encounters. 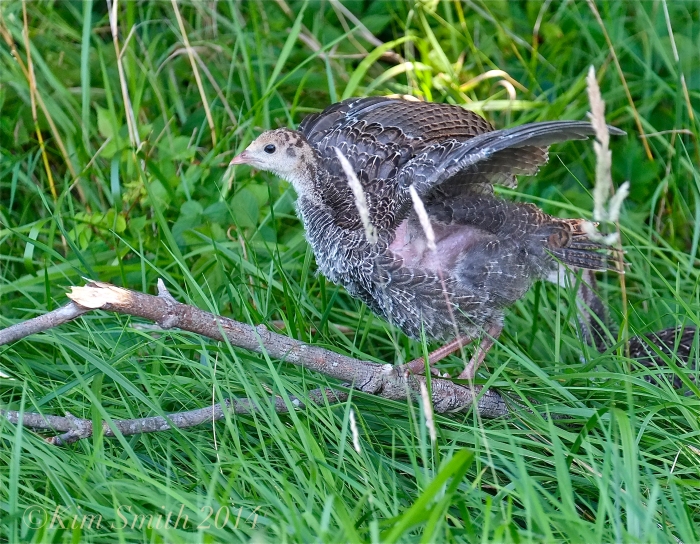 Frankie was born on August 3, 2014 at Marshall Farms here in Gloucester, how cute is he. 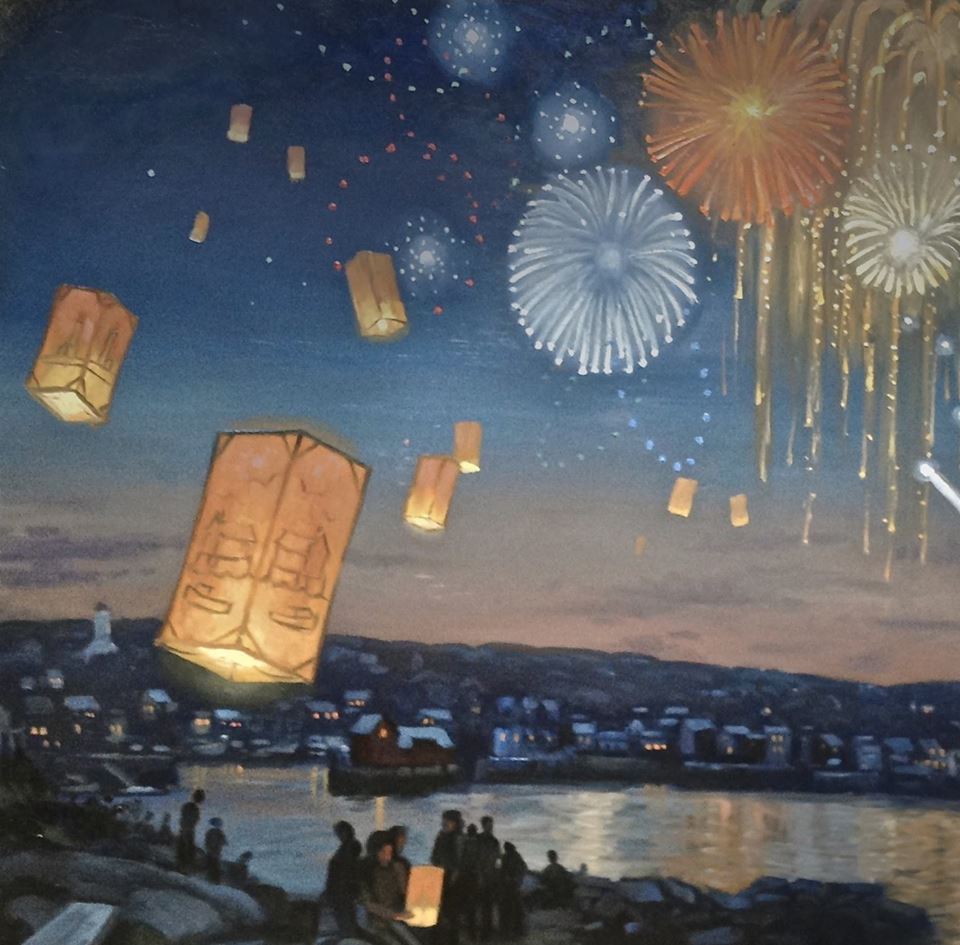 The people who put together the 2nd Annual Rockport Fireworks don’t mess around — they have created a huge show for everyone this Saturday night as part of what the organizers call Illumination Weekend. Shops, galleries, restaurants are participating by illuminating their businesses with lanterns in honor of what promises to be the biggest fireworks display north of the Charles River. And people, Rockport is going to be humming this weekend. We have Lobsterfest, the Acoustic Music Fest, the Rockport Farmers Market Ice Cream Social. On and on it goes…. Here’s the breakdown:

About that Farmers Market:

Music & More: We’ll have music from the talented Steve Lacey this week and don’t miss the home growers section of the Farmers’ Market is packed with a small amount of good things: Anadama bread from Sten af Klinteberg, honey from apiarist and cookbook author Melissa Abbott, the beautiful Northern Italian-style pesto from Mercedes Flavin and flower petal jams from local grower Jessie.

The Rockport Farmers Market takes place, rain or shine. And be sure to stop by our Ice Cream Social this week! A huge thank you to The Ice Cream Store for providing the ice cream, and to Fudge Everything and Twin Lights for providing delicious chocolate topping and soda for Old Fashioned Ice Cream Sodas! Ginger Ale, Root Beer and Orange soda will all be available. 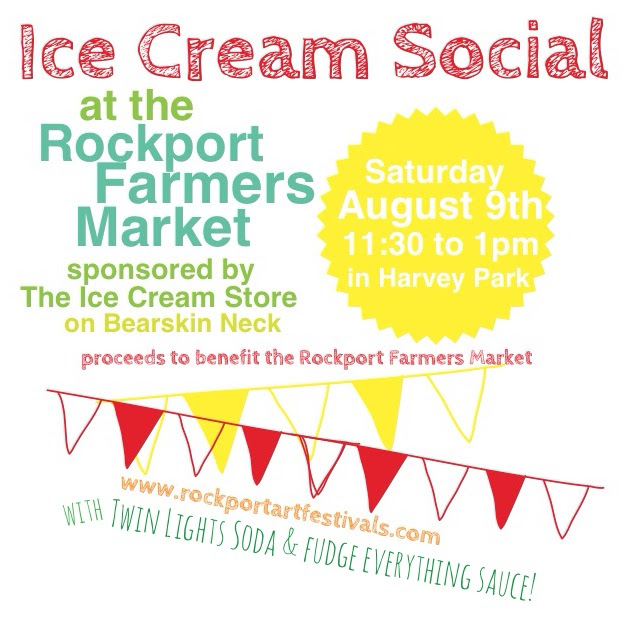 PARKING NEWS The Rockport Farmers Market, with the permission of the Rockport Police Dept., has four spaces available on High Street for short-term farmers’ market parking every Saturday from 9am to 1pm. If you’re in a hurry and need some produce, you can park right next to the market for a few minutes while you dash through the market!

Magical discoveries await when mezzo soprano, flute, violin and piano meet in a potpourri of music, from J.S. Bach to Camille Saint-Säens, Leo Delibes to Daniel

Pinkham. This over-the-top mix will thrill with virtuosity, surprise with humor and touch the heart with something for everyone to savor.

In addition, MEE will present the program on Tuesday, August 19 at 2 PM at the fully accessible Northshore Unitarian Universalist Church, 323 Locust Street in Danvers as part of its free Senior/Family Series.

Featuring GRAMMY-nominated mezzo soprano D’Anna Fortunato, the song cycle Along the Field by Ralph Vaughan-Williams is the heart-felt core of the concert. It consists of 8 songs, settings of texts by A.E. Housman. Filled with wit and charm as well as irony, regret and reflection, these are haunting and evocative pieces which really touch our deepest emotions. Based on traditional English folk-songs, the tunes and temperament have a timeless appeal, balancing between sweet sadness and delight.

“J.S Bach wrote many wonderful Cantatas numbering over 200 that I have found are quite satisfying to perform with the full forces of orchestra, chorus and soloists,” says Fortunato. “Part of this satisfaction comes from the dramatic story line and denouement from the 1st Chorus to the last Chorale. Many arias stand up well on their own in concert settings. The aria Ich will nach dem Himmel zu from Cantata 146 has such a journey within its form, taking one on a believers’ trip from the temptations of this earth to the longing for heaven. All the while, the aria brings to life brilliant violin figurations and energetic rhythms for the vocal writing which creates a terrific playful sense in a performance setting. What fun it will be to interchange my vocal line with the obbligato lines of my duet partner, Maria Benotti and keyboardist, Emily Murphy!”

The virtuosity of the flute, played by Orlando Cela, offers a sparkling opening to the concert in La Flûte invisible and La Flûte enchantée. Ravel’s La Flûte enchantée represents the exotic Far East; in this case, it is Scheherazade who, watching her master sleep, hears a flute in the distance in which sound all the despair and the joy of the world are encased.  In the Saint-Saëns’ La Flûte invisible, the flute happens upon a poet (Victor Hugo), who hears the flute in the distance played by a shepherd.  He cannot see it, but hears in it the most peaceful of sounds.

Le Rossignol by Leo Delibes is a virtuosic tour de force for the flute player. This aria provides a very literal background to the text being sung, requiring refinement to perform the very difficult lines while projecting a bird-like, joyful, relaxed feeling in the music – all without overpowering the delicate sung lines in the voice part. Indeed, the virtuosic solo flute is not just charming as the voice of the Rossignol (Nightingale), but is often breathtaking in its’ exciting roulades and candenzas. The vocal writing shadows much of the call and answer of a bird conversation with the flute, along with a lovely flowing line that carries poetic thoughts about love with a sweet pastoral feel.

“The Corigliano is my favorite!” says Cela of the Three Irish Folksong Settings.  “Sometimes mist, sometimes flute, sometimes bird, the flute accompaniment is the most imaginative of all pieces for the combination of flute and voice duo that I have encountered.  The texts by Colum, Yeats, and the anonymous The Foggy Dew are set very differently, and they really provide the listener with the deep understanding of the verses – sometimes virtuosic, sometimes pale, sometimes, soaring…  The way that the voice and the flute are sometimes in complete cohesion and other times in seeming opposition, makes you feel like you are playing classical music, followed by Irish folk music, then bird calls.”

Also on the program are Saint-Saëns’ Le Bonheur est chose légère, Fauré’s Romance for Violin and Piano, and Vowels by Daniel Pinkham. 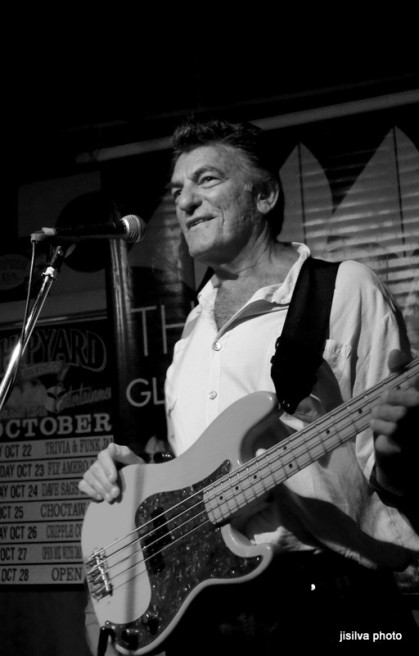 Our medulla oblongation series continues this Thursday with the arrival of Ms. Lisa Marie, prepped and rarin’ to go. If I gotta tell who she is, you gotta sleep under a smaller rock. Without doubt, she’s the doyenne of all things musical, including her choice of material as well as vocal gurglings. She can sing in any key ,and unlock all the secrets. She’s invited along some groove postulates, too. First, there’s Scott Marshall, on gootar, a new guy for me, but the reviews have been excellent. Then there’s Johnny Juxo (don’t you love that name?), keyboard centipede and a regular jackhammer on the ivories. Love his style! Add a dollop of Dana Bonardi, on skins and the confused ramblings of Salmon Dave Sag, on base, and what do you have? A most memorable evening!

But wait! There’s more! I’ll be back that Saturday filling in on bass for that magical Queen of the local scene, Ms. Mari Martin. Always a great dance party. Not sure who’s showing up, but Mark Earley will be there with his honkaphonium. I can’t wait!
And, of course, for  the Serutan® and Depends© crowd, I’ll be at the Rose Baker Senior Center on Monday. From 1 to 3 the Old Salty Jazz Band attempts to kick up its heels without needing physical therapy. If you’re free, you should see this before you have to go there by necessity.
And don’t forget, next Saturday is the 3rd Annual Globster Blooze Festival, in Stage Fort Park! A great lineup! I’ll see you there!

Sent from my Galaxy S®III 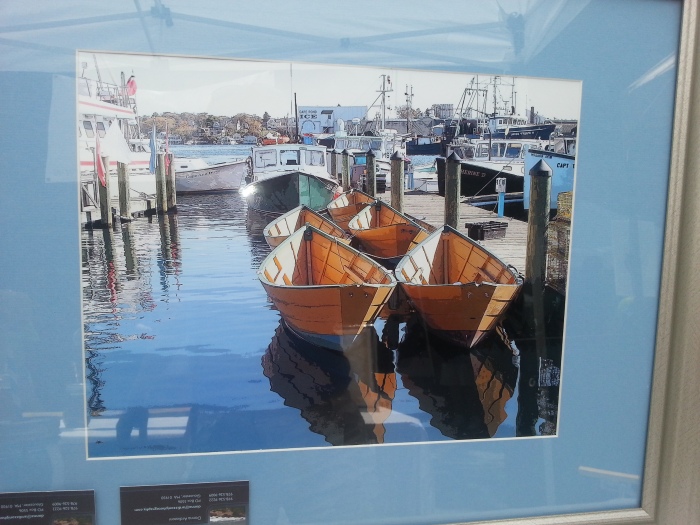 It’s A great Day For A Bazaar !

Lot’s to do and see on Main Street Today!

The Dutch couple, prior to having children, on a prior visit to the US had their photos taken with Bill Clinton in NYC, when Bill was buying Chelsea a Birthday present. 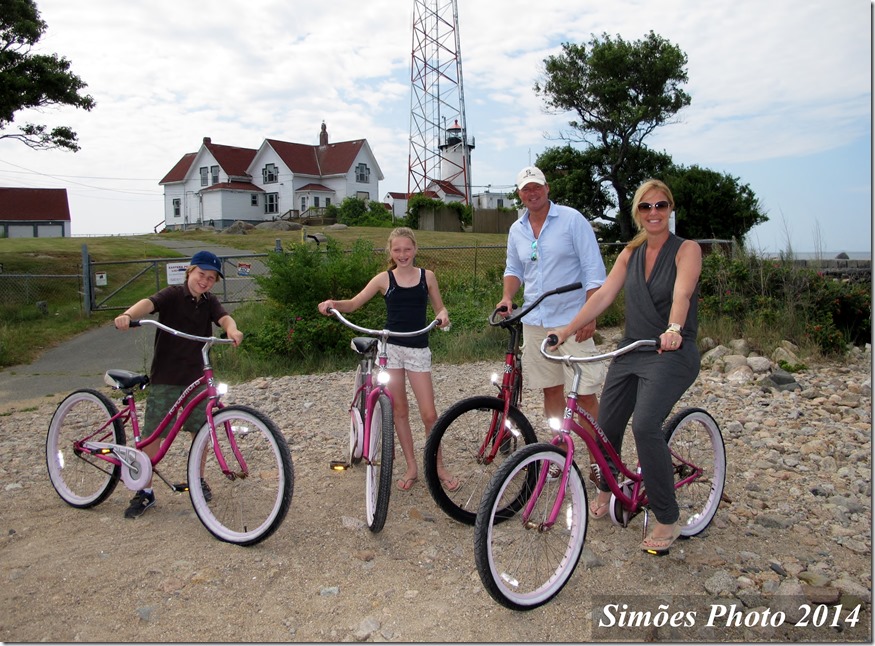 What a great attitude for such a young Guy.

You have too read the whole article. Now this Kid is a great Role Model!

DAVID WILSON’S Retires from the NFL at 23 years old;

“Hey everybody. I’m not really prepared to answer a lot of questions today but I’ll try to do my best on some of them. I’m going to start by saying that at a young age I had a dream to play in the NFL. I did that, I played in the NFL and I scored touchdowns and I broke tackles and I broke and set records. I practiced with my teammates, got to play for Coach Coughlin, got drafted by the Giants. So at no point should anybody feel like this is over because in life everything has obstacles. We all go through our own obstacles every day. The main thing is, when you’re going through those obstacles, to stay focused and embrace faith and keep your dreams. Even if one dream seems to fade away, set another goal and set another dream and try to reach that. That’s the main thing.”