Memorial Day is intended to honor those who died in service and this is just one of those stories. It reflects one Gloucester family’s sacrifice. These themes run through each and every military loss of life so our hearts are with all the families out there who have suffered such loss.

This is Jeffrey Gordon Tyne’s 1964 Gloucester Flicker yearbook entry.  He looks suitably “adult” here, though the listed interests and activities seem to reflect how young he really was even on the brink of high school graduation. 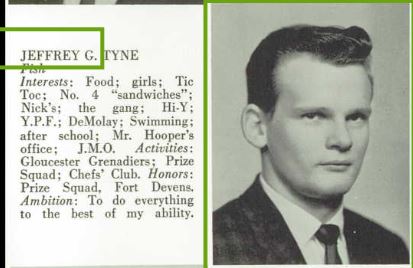 Less than 2 years after his graduation, he was killed in Vietnam on May 29 1966.  Here’s the account from the Boston Record American (obtained from GenealogyBank.com) June 3 1966: 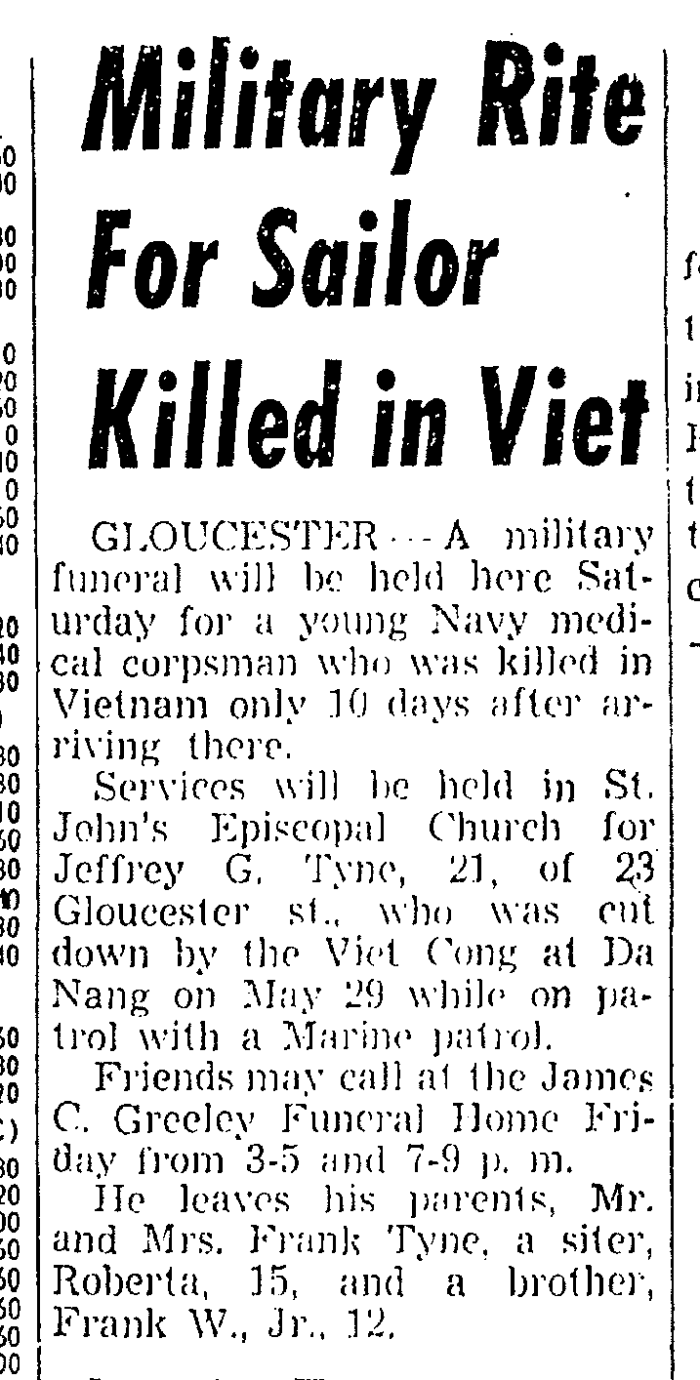 The Gloucester Daily Times special series about the dozen military local area losses in the Vietnam War called “Cape Ann’s Fallen” is available at this link.

The Vietnam War Memorial Wall of Faces shares further remembrances of “Doc Tyne”, who, by all accounts had been home in Gloucester for Mother’s Day and dead in Vietnam by the end of the same month. This link includes this touching memory:

Jeff and I went through training together at Camp lajune NC. We landed in Viet Nam on 29 May 66 and took a jeep from the airport in Denang out to our company’s outpost. The chief that we met said that a corpsman was needed in the field right away so we flipped a coin to see who would go out to the field and Jeff wound up going out that night. The next morning the chief the chief woke me up informing me that Jeff had gotten killed and that I was needed in the field.

The City of Gloucester Veterans Memorial for Tyne Square at the corner of Cherry St and Stanwood Street can be found here.

His parents, Frank and Mary and his younger siblings were left with whatever memories they held in their hearts for the remainder of their lives. In fact, his father Frank (himself a World War II veteran) outlived another son, Frank “Billy” Tyne who was lost in the sinking of the Andrea Gail in 1991.  This family’s story seems to personify the history of Gloucester and should be shared on an occasion such as Memorial Day. God Bless the Tyne family and all other affected families for their sacrifices. 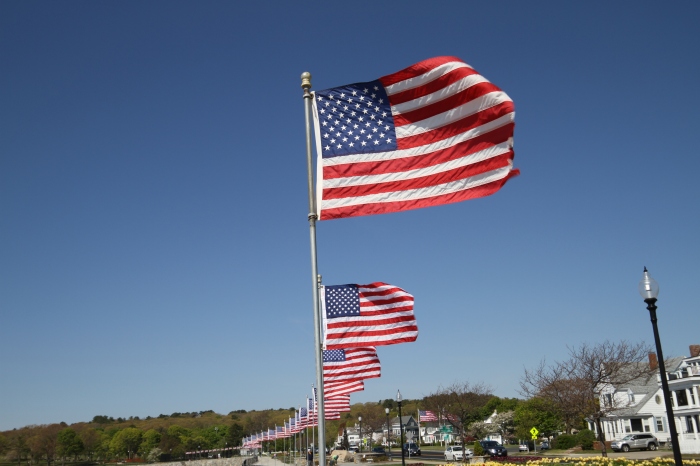 View all posts by Pat D