A photo journal after the storm documenting and comparing a few iconic and sweeping Gloucester vistas on January 7, 2018, when all was white ice frozen, and again after the Great Thaw on January 13 2018. 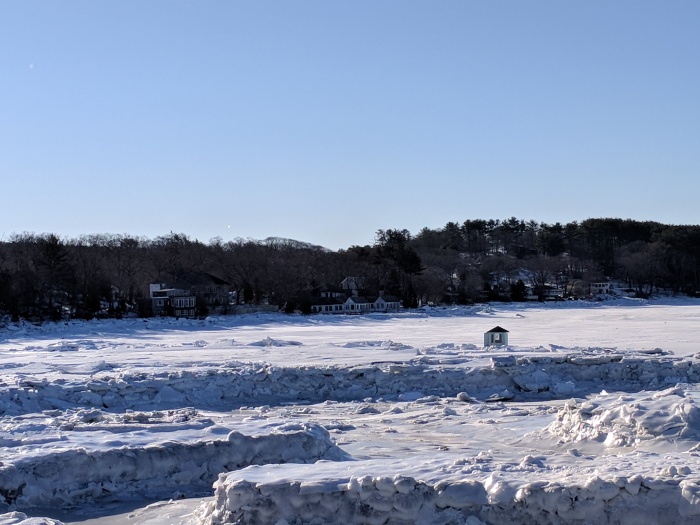 The Little House boat in the great frozen salt marsh reminded me of a mash up of two of Virginia Lee Burton’s children’s picture books inspired by Gloucester — Little House and Katy and the Big Snow. Here’s the little floating houseboat after the thaw at low tide January 13, 2018. 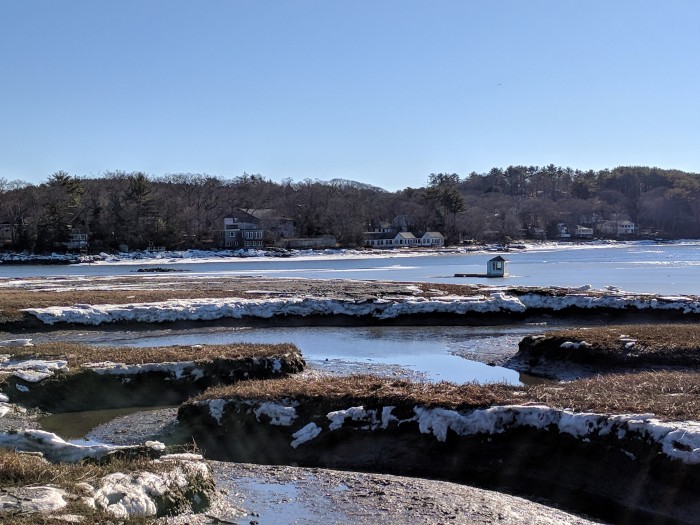 At high tide earlier in the day, January 13

Good Harbor Beach drive by three days after the storm 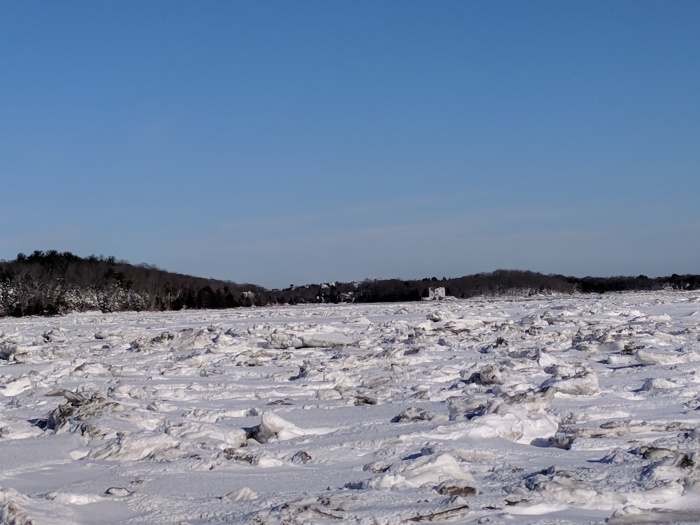 And after this Great Thaw January 13, 2018 (beautiful bleak morning vs blue skies later that day)

One more of my favorite frozen motifs 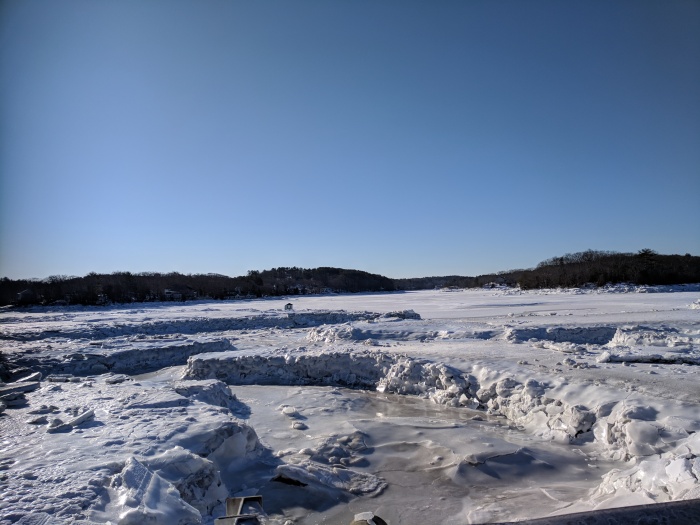