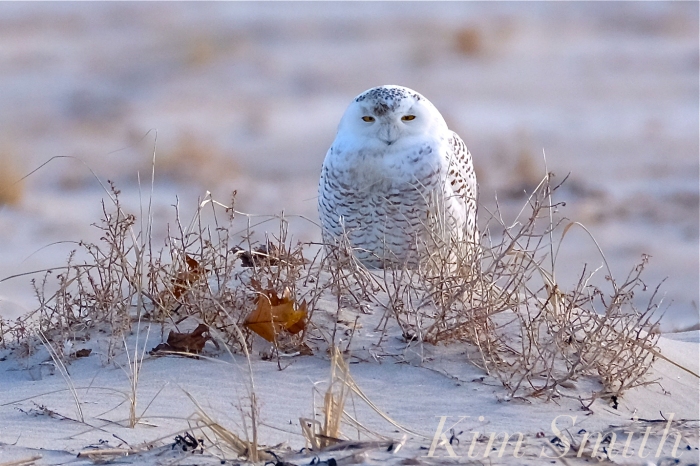 The winter of 2017-2018 has proven so far to be an irruptive year for Snowy Owls, as was predicted by scientists. In years when there is a lemming population boom, which is a staple of the Snowy’s diet, double, even triple, the amount of Snowy Owl hatchlings survive the summer breeding season. Arctic winter arrives and for whatever reason, either there is less food available or the first hatch year owls can’t hunt as well, a number of Snowies head south, both adults and juveniles, generally though, more juveniles than adults migrate.

Snowy Owls are white birds, with varying degrees of brown, black, and gray feather patterning. They are North America’s largest owl by weight. As with most bird of prey species, female Snowies are larger than the males, by about one pound. That is considerable, knowing that the average weight of a Snowy Owl is four pounds. A male may grow up to 25 inches, a female to 27 inches, and the wingspan of both is about equal. Because females are larger and more dominant, they usually don’t migrate as far south, staking out territory further north. Typically in our area we see first hatch year males, although currently there is thought to be an adult male at Salisbury Beach. The Snowy at Bass Rocks is presumably a female. When out in the field, the hardest to tell apart are the darkest males and the palest females.

In learning about Snowy Owls, I came across several very helpful photos of Snowy Owl specimens. And we have three examples, from Snowies found right here on the North Shore, from which to compare.

In the photo below, you are looking at eight Snowy Owl specimens from the Cornell University Museum of Vertebrates. One through five on the left are males; six, seven, and eight are females. Notice how similar, yet different, are five and six (male #5, female #6).

Closeup of the intermediary male (five) and female (six). 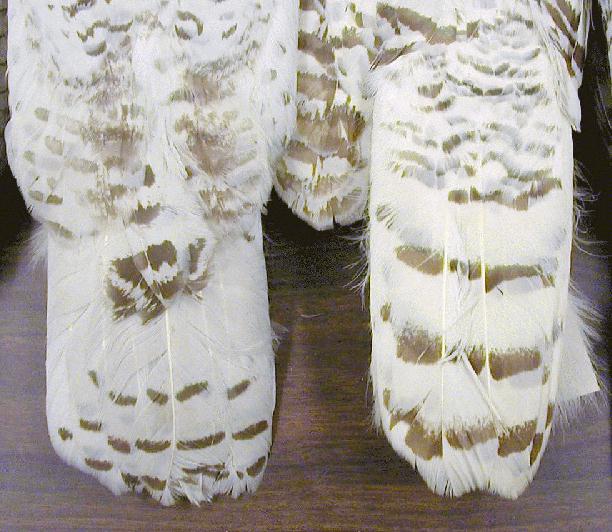 Underside of the Owls, in the same order. 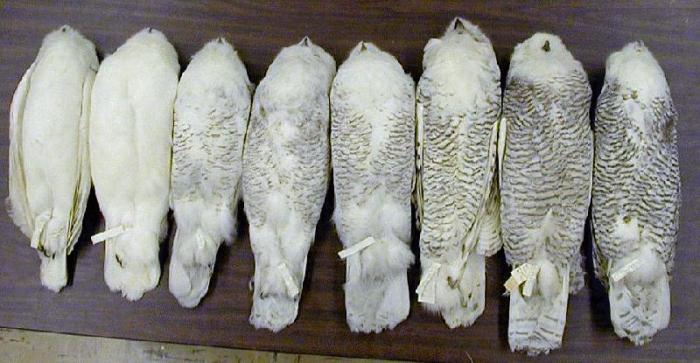 Comparing the above photos I think we can logically conclude that the Snowy Owl that was at Captain Joe and Sons in 2015 was a young male, with light markings and a large white bib. 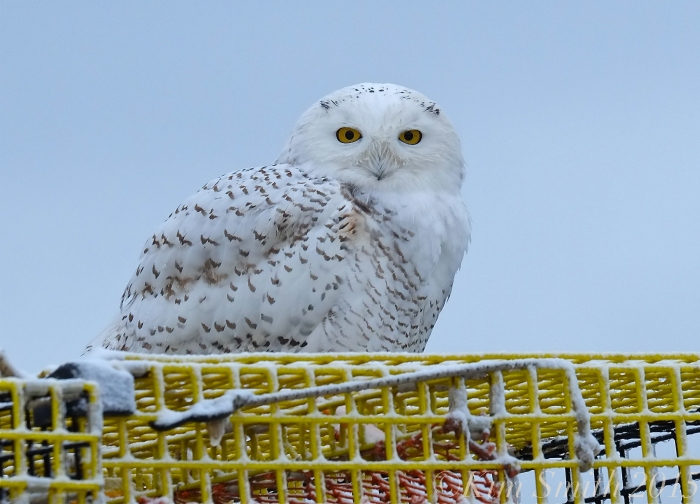 The Snowy Owl currently at Bass Rocks, I think it is safe to say, is a female, and most likely a juvenile. She doesn’t have much bib showing and her overall markings are wide and dark. 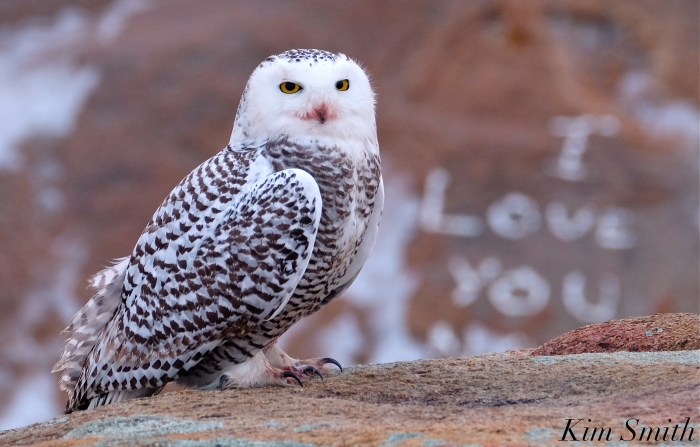 We have our own example of an intermediate–is the Snowy Owl recently photographed at Cranes Beach a juvenile male or a female? 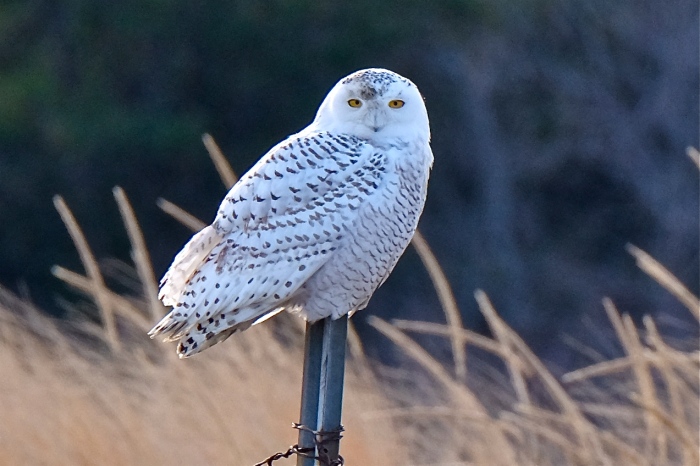 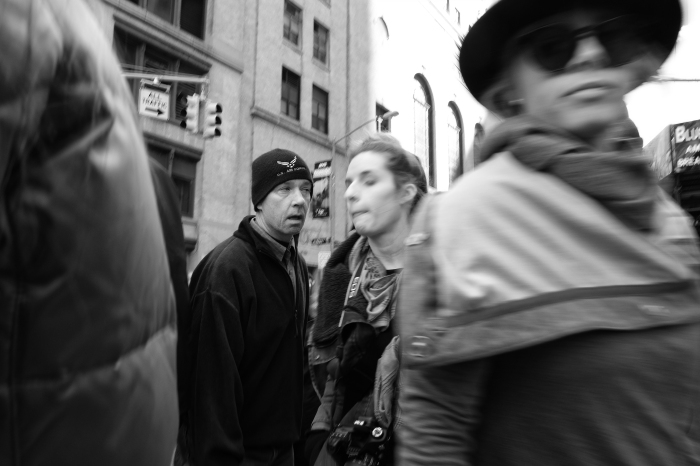 My obsession with winter sunsets continues.  All I have to do, is look out my office window and see the sky change, must have to grab the camera and go. 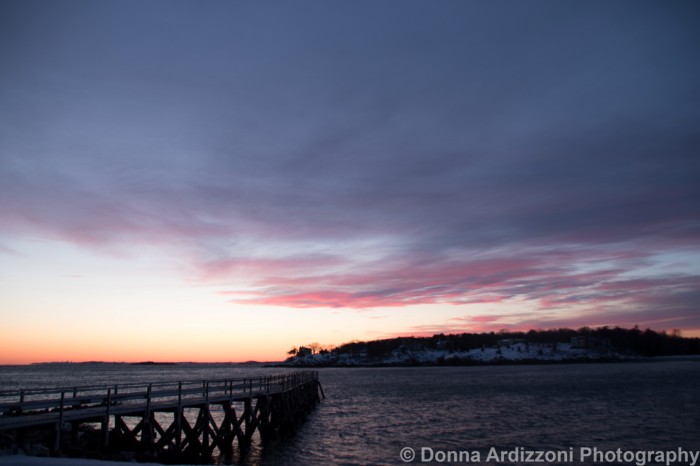 A Discussion at the Cape Ann Museum 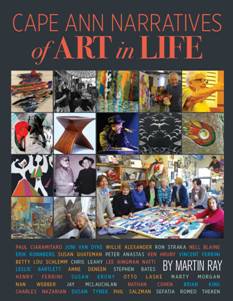 The Cape Ann Museum is pleased to present Cape Ann Narratives of Art in Life: A Discussion on Saturday, January 13 at 3:00 p.m.  This program is free for CAM members and Cape Ann residents or with Museum admission. Reservations are not required. Call (978)283-0455 x10 for more information.

Join Martin Ray and several of the artists featured in his new book Cape Ann Narratives of Art in Life. Ray’s work explores the artistic talent that local residents have brought to their occupations. Whether one is a writer or woodworker, pastor or painter, mayor or musician, Ray classifies each as an artist, and celebrates the mastery that is exhibited in his/her craft. Panelists include Anne Deneen, pastor; Nan Webber, theater director; Brian King, musician; and Stephen Bates, musician/sculptor.

During the month of January the Museum opens its doors to all Cape Ann residents, in an effort to encourage membership, but also to bring the greater community into closer contact with their art, history and culture. This program will do just that, shedding light on locals who take pride in their craft with unwavering commitment and dedication. Does pursuing one’s vocation make one an artist? You decide.

About the Cape Ann Museum

Since the 1870s, the Cape Ann Museum has been working to preserve and celebrate the history and culture of the area and to keep it relevant to today’s audiences. Spanning 44,000 square feet, the Museum is one of the major cultural institutions on Boston’s North Shore welcoming more than 25,000 local, national and international visitors each year to its exhibitions and programs. In addition to fine art, the Museum’s collections include decorative art, textiles, artifacts from the maritime and granite industries, two historic homes and a sculpture park in the heart of downtown Gloucester. Visit capeannmuseum.org for details.

Game to be continued from the point the power went off in the middle of the 3RD period. Swampscott is leading by three points.

Like Loading...
Hi Joey –
Hope all is well with you and the family.
Hoping you’ll please post on GMG about our 21st annual YMCA TEEN LEADERS ROCKATHON TO FEED CAPE ANN is coming up this weekend.
As you well-know, last year the teens collected and distributed more than 10,000 non-perishable food items and got to dye my hair and beard blue.
This year’s Challenge Goal is 12,000…and if they succeed, they’ll get to shave my head bald; they are more than excited for that opportunity.
Thank you my friend! 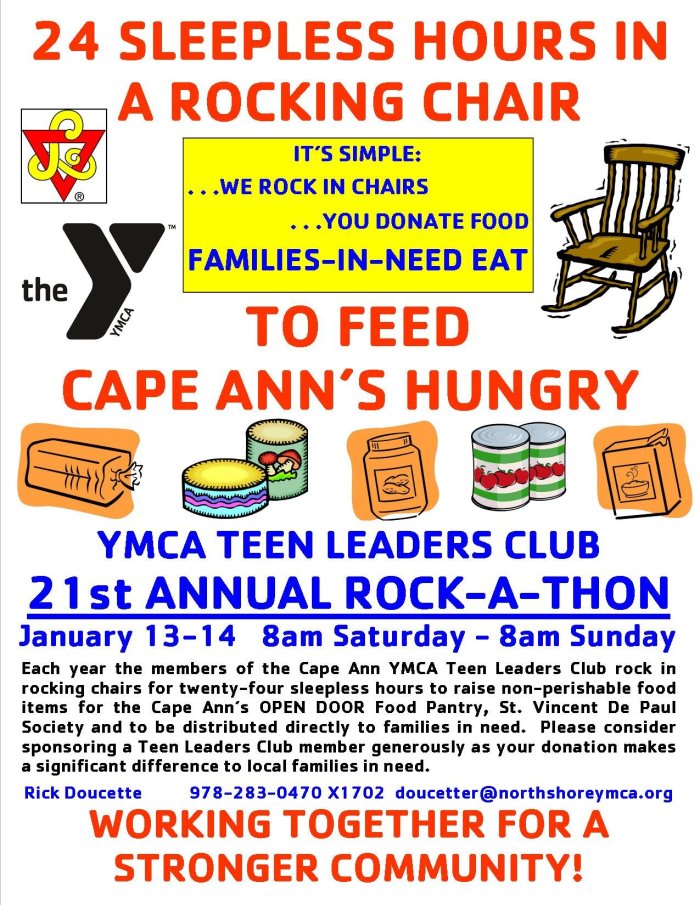 Has anyone tried this?  The can is the cutest thing going….but, what’s inside?  Despite what Joey says, there aren’t a lot of beers that I really like.  If I’m lucky I’ll find one seasonal beer that I like every few months, but it usually disappears from the shelf without notice.  I’m tempted to grab this next time…. 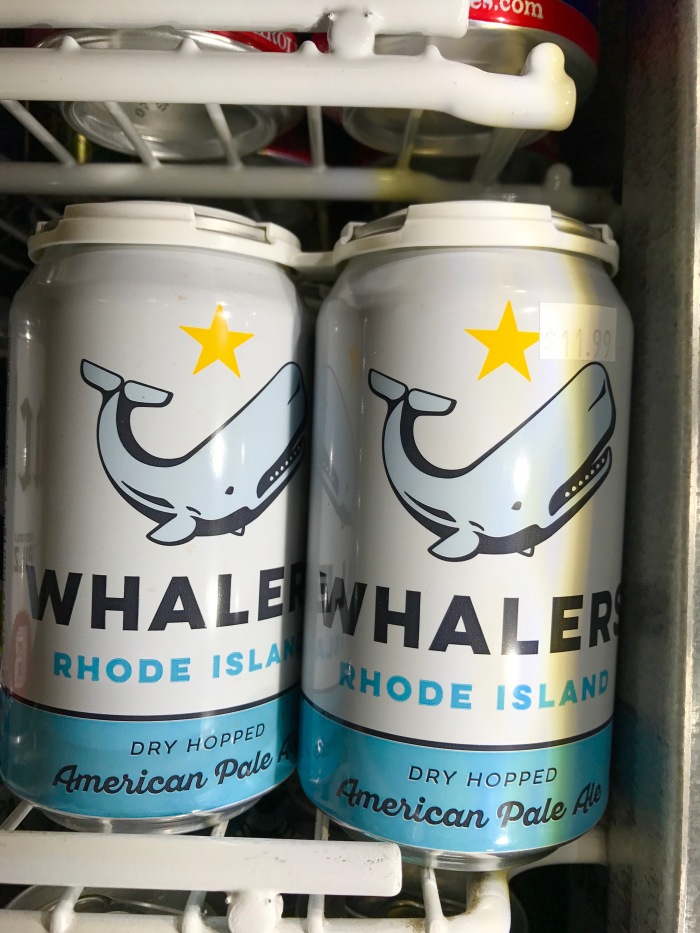 It seemed we were followed everywhere Thursday by the Mass Audobon van loaded up with people with cameras and binoculars.  I’ll assume they were looking for birds.  So was I, but I was lucky enough to have GMG Jimmy driving me around.  Instead of birds, we found seals.  Ten of them in Brace Cove relaxing on the rocks and occasionally performing a bit for us. It was quite a show. 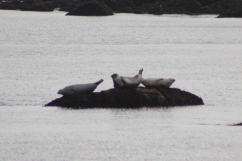 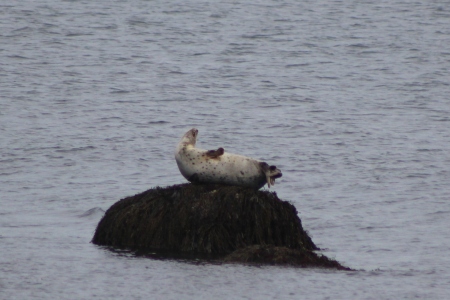 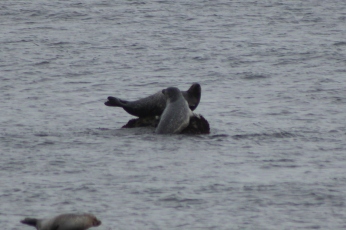 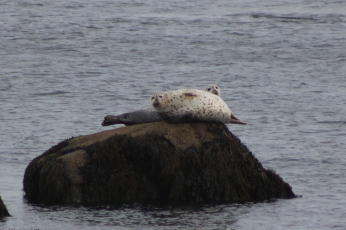 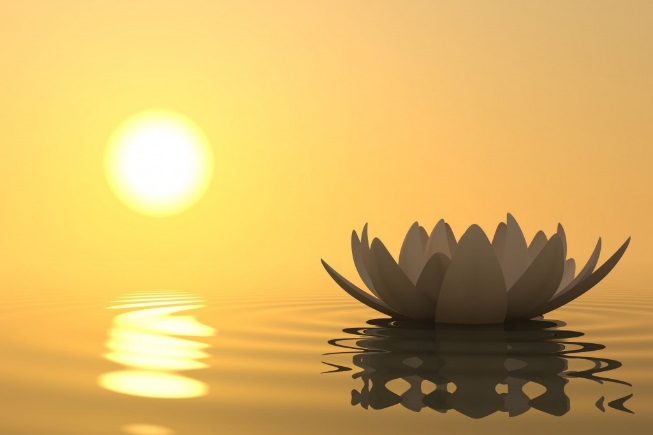 Join Silvie Lockerova and Katie Schroeder for an evening ceremony of deep healing. Open to deep relaxation through restorative yoga and journey into a heart opening meditation using guided visualization, energy work and cleansing for the mind, body and heart.  No experience necessary and all props provided.

Silvie Lockerova is a master reiki healer and meditation teacher bringing her deep wisdom and experience to all her teachings. Katie Schroeder is owner of NSRY and leads Restorative Yoga workshops that support deep relaxation in the mind, body and heart. This workshop is a very special blend of therapy for the body, calm for the mind and breaking open to the heart of what matters as we begin this New Year.