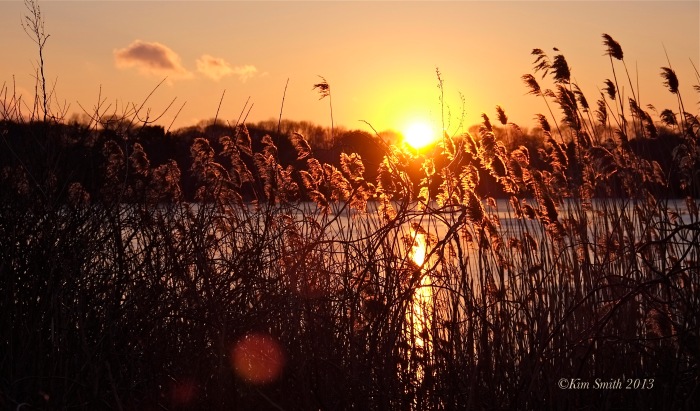 An embarrassment of riches ~ Whether dawn or dusk, when standing on the footpath between Niles Pond and Brace Cove, sometimes I can’t decide which direction to point my camera. When that happens I focus the video camera in one direction and turn and face the opposite direction with the still camera.

This batch of photos was taken on a chilly afternoon in early January, looking first toward the pond, and then heading down to the beach at Brace Cove after a wedge of eight Mute Swans flew overhead and landed in the cove.

The bevy was comprised of six cygnets and parents. The bill of the adult Mute Swan is vivid red-orange whereas the cygnet’s  bill ranges in shades from dark gray through muted browns. A black knob at the base of the cob’s (male) bill bulges prominently during mating season; the rest of the year it is often difficult to distinguish pen from cob. Anyone who has ever encountered a hissing, snarling, gnarling, and whistling Mute Swan wonders why they are called mute. Mute Swans lack the vocal trumpeting when compared to other members of the genus. The most beautiful sound the Mute Swan makes is the vibrant throbbing of their wingbeats in flight. I believe this sound is unique to Mute Swans. Click photos to view larger. 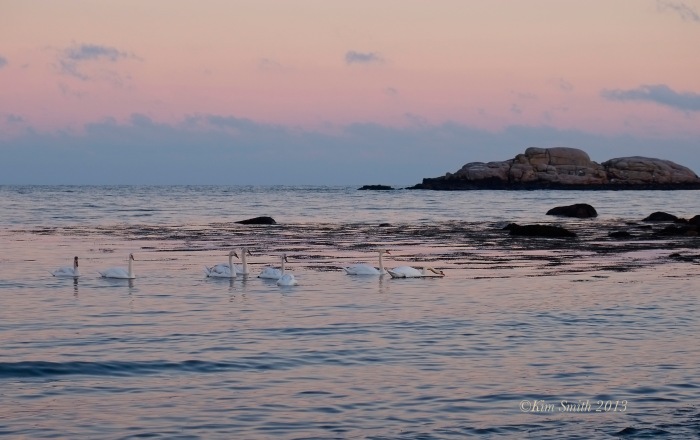