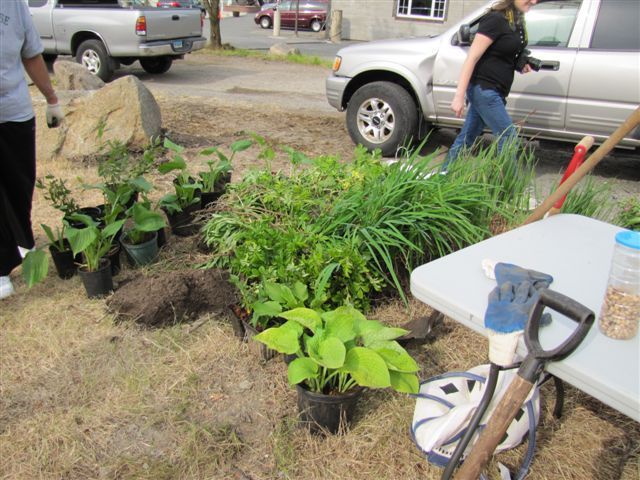 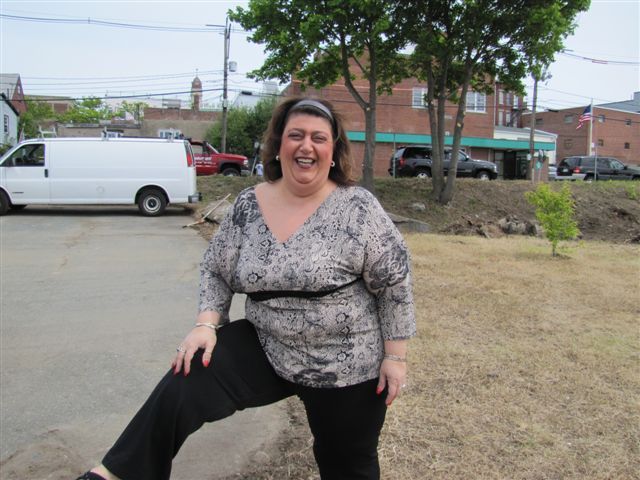 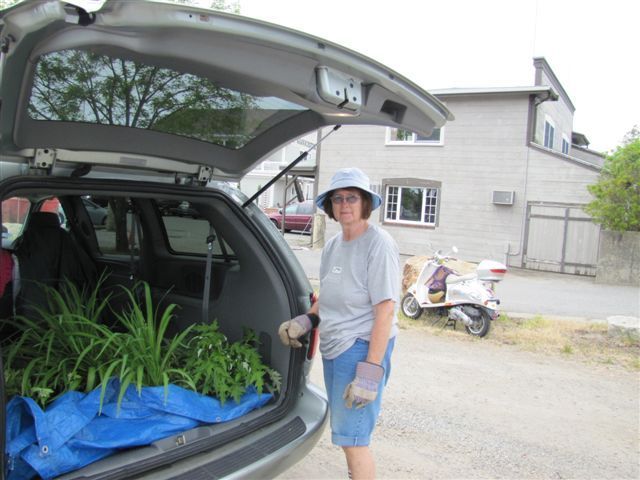 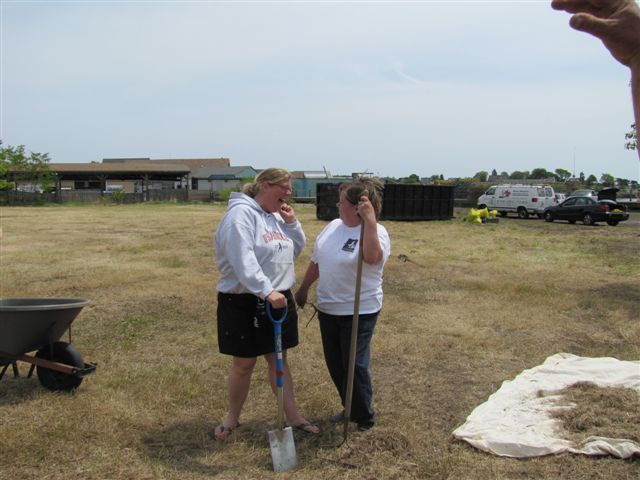 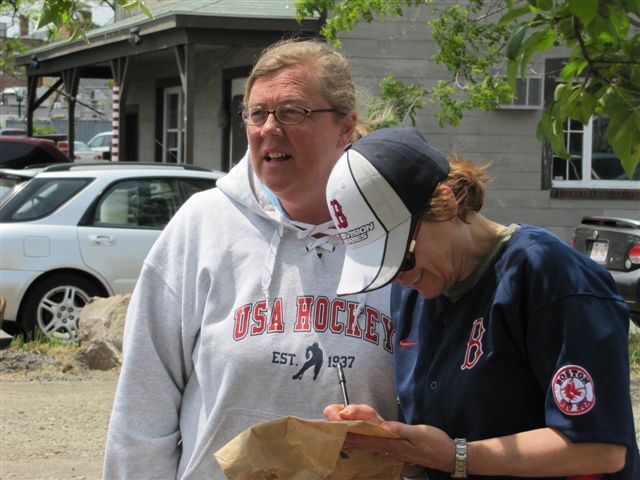 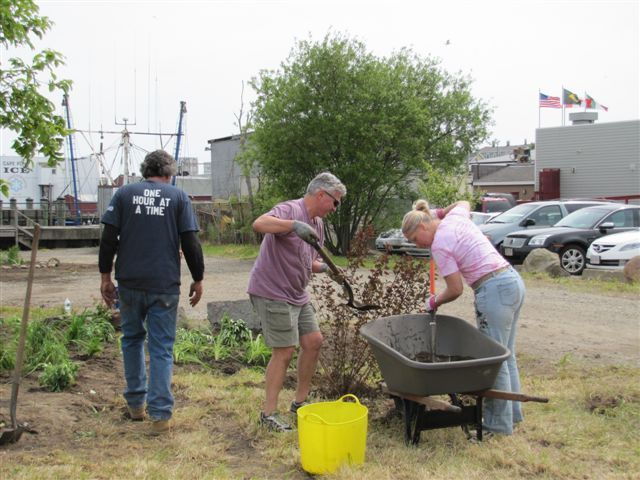 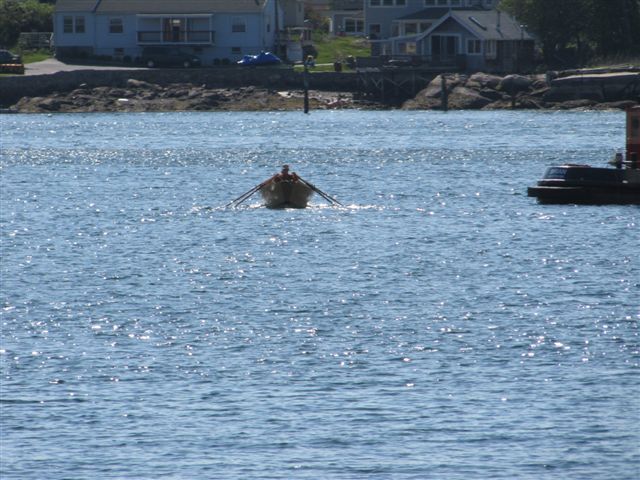 A Beautiful Flat Calm Sea day and Boats Tied Up Because Of Quotas and Regulations.  When we were growing up and offloading boats the entire fleet would be untied from the dock with their nets in the water.

Different era it is I guess. 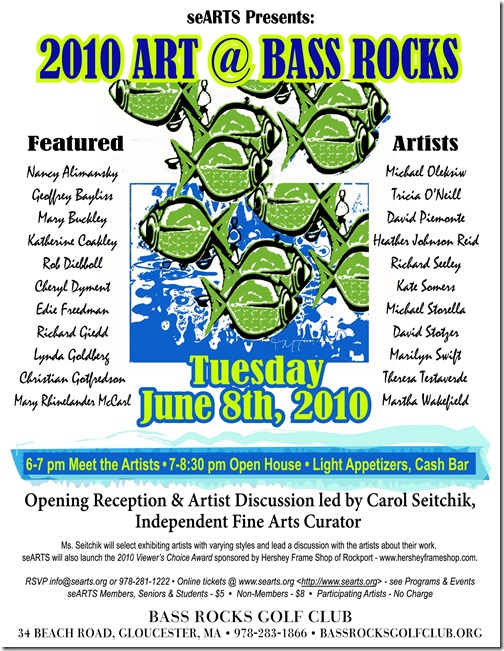 David Stotzer, Marilyn Swift, Theresa Testaverde, and Martha Wakefiield. Roughly half of the artists are returning from previous years, and the others are new to the venue. All the works of art are for sale and during the last show six pieces were sold and replaced throughout the year.

The Opening Reception is on June 8th and is open to the public. From 6-7PM guests will be invited to view the new show, meet the artists and cast their vote for the “Viewer’s Choice Award,” sponsored by Hershey Frame Shop. Votes can be cast through July 30th. At 7PM Carol Seitchik, independent Fine Arts Curator will lead a discussion with a group of the participating artists about the nature and style of their work. Ms. Seitchik curates several exhibitions a year for the employees of New England Biolabs and Cell Signaling Technologies who actively participate in selecting the artwork. She developed this unique program, over twenty years ago, of bringing art to the workplace. She was a sculptor and worked in mixed media, and is currently focusing on her poetry.

Save the first Thursday of every month from June to September for Nights on the Neck, beginning June 3.  Open Galleries and wonderful entertainment on Rocky Neck in Gloucester. Festivities are from 5 to 9 p.m.

Features for specific dates will be available at www.rockyneckartcolony.org/notn.html, or on signage in the parking lot on the Rocky Neck Ave causeway on the day of the event.

*Scheduled to perform on June 3:

Three Sheets to the Wind

The Schooner Adventure organization spawned Three Sheets to the Wind, a group of local musicians and Adventure crew members who are preserving the history of maritime work songs (chanteys) and forebitter songs.

Mike Kirsch and Ed Spillert (guitar, five-string banjo and vocals) will do a range of country, blues, bluegrass, rock and standards.

The friendly folk of the GAAC will set up their telescopes on Rocky Neck, give out observing guides to any passersby who take an interest, and help them pick out things of note in the night sky.

Adults (both men and women) should prepare “NYC” and “Easy Street.”

Cast to be announced during the week following auditions. Cast to gather for a read-thru

on Wednesday June 23; rehearsals to begin on June 28. Show opens on August 10 and

The Sun Will Come Out Tomorrow… In Annisquam.

You can bet your bottom dollar that this summer there’ll be fun. ANNIE is set in the

era of the Great Depression, which bears unfortunate but timely similarities to present

day events. But the show is far from depressing — it offers upbeat music and a fast-paced, humorous script with many zany characters.

There are numerous opportunities for children. There’s Annie and the girls from the orphanage,

the rapscallion boys of the hobo village, the “NYC” chorus including both boys and girls, and even as Sandy, the dog.

ANNIE has some of the best adult roles of the Broadway stage, starting with Miss Hannigan,

the mistress of the orphanage who everybody loves to hate, and whose song “Little Girls” is a

soft-shoe to one of the best songs of the musical stage, “Easy Street.” And of course there is

with FDR and members of his Cabinet. At the other end of the spectrum is the hobo village, replete with both savory and unsavory characters; there are the lovely Boylan Sisters, who croon a tune in long, slinky gowns, and the starlet who sings her way to fame in “NYC.”

Joe McKechnie a great fan of the blog writes in-

Joey :  This was supposed to be a surprise, but I noted in today’s GDTs, that the second vessels Name is now known.  So I offer a few pics, the scoop for Joey.  The Pictures are of the vessel at her final docking and bottom painting, just a few weeks back.  The blue color was chosen so as to be as pleasing as possible to the eye.  Note how close it is to the color of the sea.

I will be traveling to South Korea on Tuesday the 25th, for the official Naming Ceremony on May 27th.  GDF SUEZ will then take delivery of the vessel from the shipyard, and the owners,  on 1 June.  Following this she will make her way for first official cargo loading, then onwards to the Neptune DWP, off of Gloucester, in August. 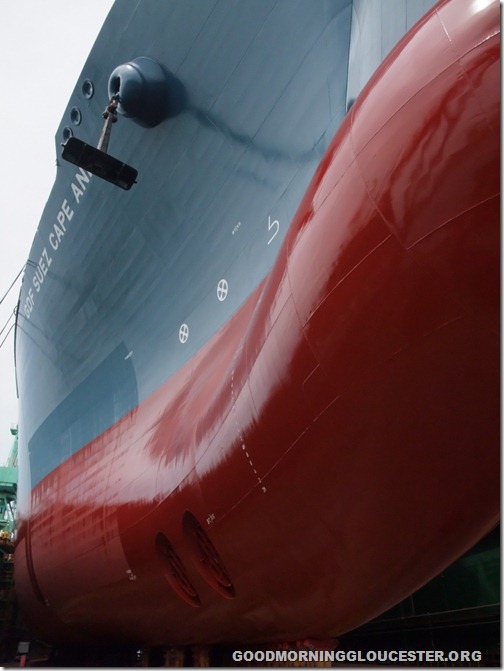 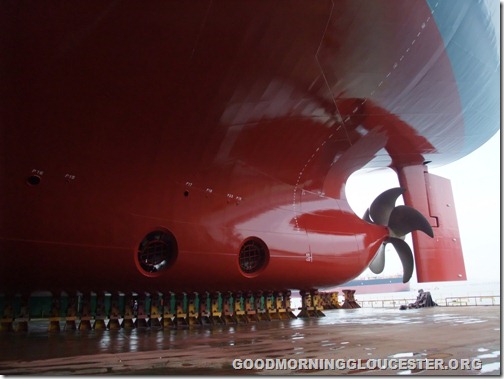 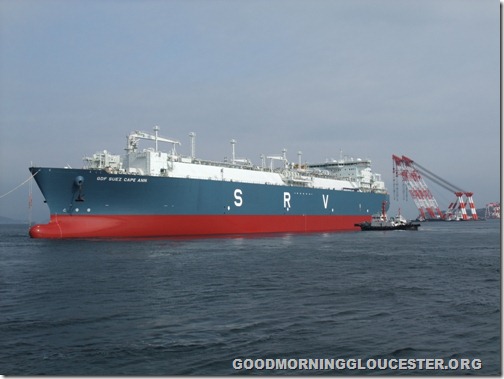 Höegh LNG and Suez LNG North America (now part of the merged entity GdF Suez) have designed a deep water port (DWP) Project for the delivery and regasification of LNG 10 miles off the coast of Massachusetts to meet New England’s growing demand for natural gas, using SRV-technology that is safe, reliable, and environmentally sound.

Neptune consists of 2 SRV‘s, an offshore terminal with 2 buoys and associated pipelines to shore. GdF Suez received a DWP license permit from US federal authorities in March 2007. The first phase of the construction of Neptune LNG DWP was installation of a 13-mile sub-sea pipeline which was completed in October 2008. The second phase was connection of the pipeline and installation of the two off-loading buoys for the project. The DWP is now close to completion.

Höegh LNG and its partner MOL ordered two SRV’s at Samsung Heavy Industries in Korea specifically for this project. These vessels are the most advanced of its kind, and will be able to meet the most stringent environmental conditions in the world for the emissions during operations at DWP. In addition, the first vessel already delievered, “GDF Suez Neptune” received the “Green Passport” from Det Norske Veritas (DNV) certifying the environmental considerations taken when constructing, operating and ultimately disposing of the vessel.

The vessels incorporate the reinforced GTT MKIII cargo contaiment system with 145,000 cubic meters of cargo carrying-capacity at 100% volumes. She is fitted with three state-of-the-art regasification skids for a total output capacity of approximately 21 million standard cubic meters of natural gas per day (**), and is also fully capable of operating as standard LNG carriers.

Roselle Would Like Nothing More Than For You To Come On Down To 184 Washington Street And Get Your Glaze On!

Part II and III coming over the course of the next two days.

This poor coyote must have gotten hit by a vehicle within the past few hours as the blood was still vibrant red.

RIP Mr Coyote.  Hope your life on the island was a good one.

There must have been quite an impact to make his eye bug out like that on one side of his head.

I wonder if this is the same coyote I came face to face with on the Good Harbor Beach Footbridge in these pictures back on July 5th,2008-