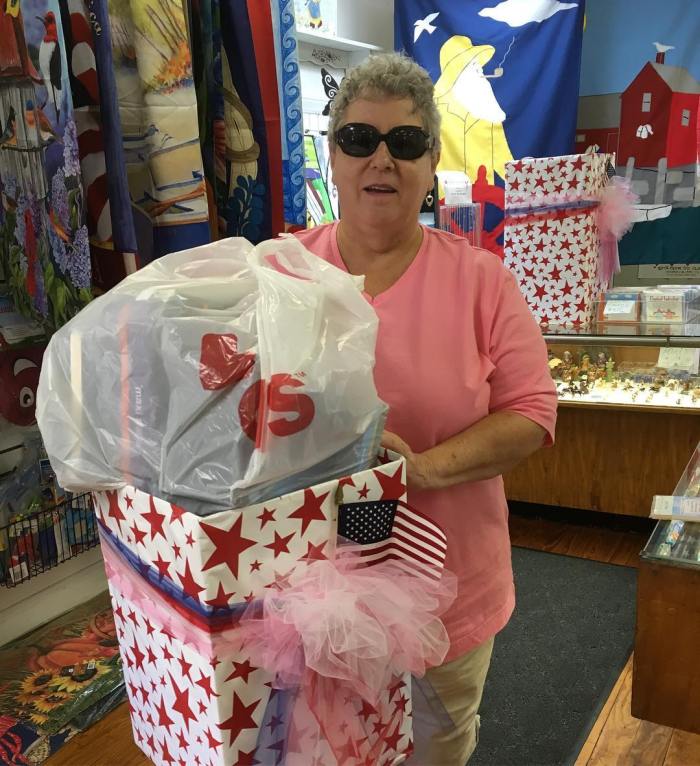 People are so generous! The donation drive for women in Active Duty has filled boxes many times over. Collections continue through Columbus Day and will be delivered to Operation Troop Support.

Courtesy photos below include GMG readers 🙂 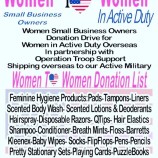 Pauline Bresnahan, Johanne Cassia (Olde Ipswich Shop & Gallery) and Adam Curcuru, Director of Cape Ann Veterans Services, shared a quick video with veteran Vionette, “Vee”, Chipperini describing essentials that are great to receive when deployed. (Convinced me to go for bras!) Pauline said people have been creativite getting the word out and selecting special items to donate.

Organized by Woman Owned Businesses along the Essex Coastal Scenic Byway, donation boxes can be found at particpating locations:

Great turnout for Small Business, Shop Local on Saturday and also on Black Friday. Also shopping local helps our great businesses going. You would not be able to find Lobster P.J. anywhere but Pauline’s Gift or have an owner of a store welcome you dressed as a Christmas Elf, plus great olive oil with great gift ideas. Grateful to live here. Great progress on the best Lobster Trap Tree in the world. 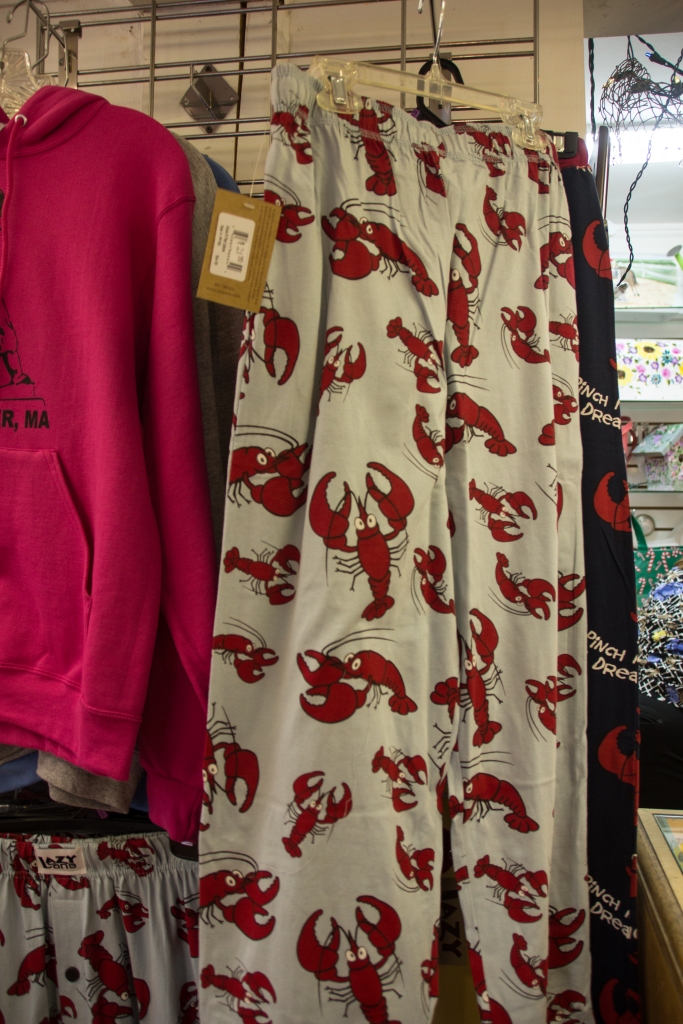 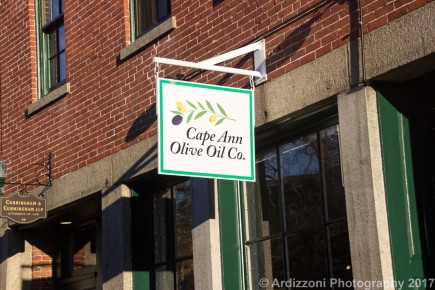 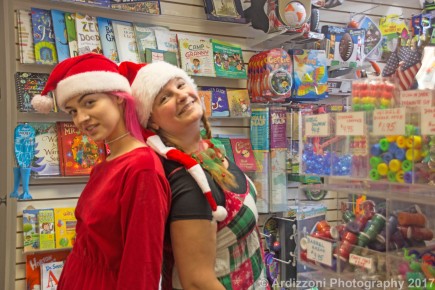 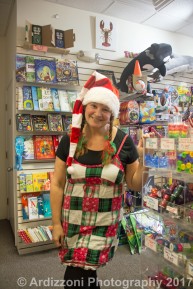 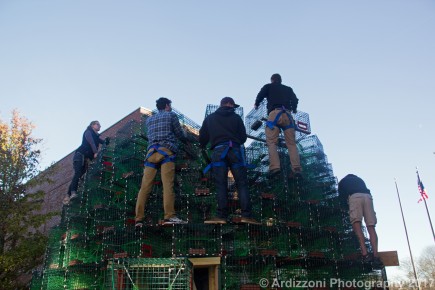 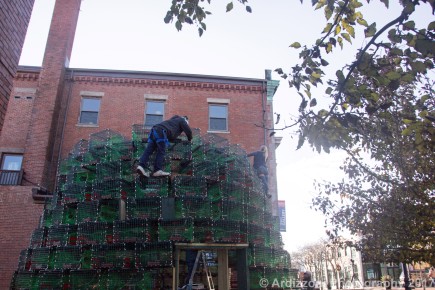 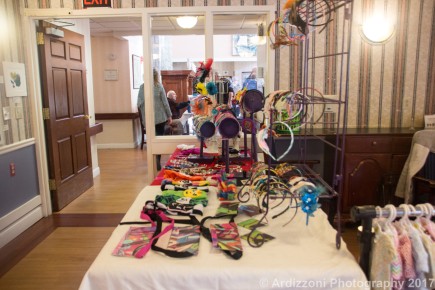 Joey asked Pauline’s Gifts for information about the 6th annual Small Business Saturday and a list of specials. She was an early adapter. Here it is, and thanks Pauline!

“In 2011 the Senate unanimously supported Small Business Saturday, and in 2012 all 50 states had participants. This one day event is bringing awareness of the importance in supporting your Local Small Businesses and giving many small businesses a way to promote at no cost to them. If you are an American Express merchant you are able to use the tools made available to you by AMEX. Many of us receive banners, balloons, postcards, reusable bags, and lots of other swag to use for our businesses. Even those who do not take AMEX are able to utilize the promotion working with a Neighborhood Champion. These champions obtain the materials and are able to share with other businesses in their neighborhood. In 2016 there were over 6,700 Neighborhood Champions in the country. Small business owners embrace the day. Through their own promotional efforts small business owners generated an estimated $15.4 billion dollars on Small Business Saturday in 2016.” GMG search pulls up posts about Small Business Saturday in 2012. Some of the 2017 GMG posts: Bridgette’s post, Donna’s post, Kim’s post about PRESENT, and GMG podcast (timestamped!)

Call your other favorite shops to find out what specials they may be having!

If you need a gift or something for yourself, no need to go up the line, shop locally. Premier Imprints carriers hand-made original goods. 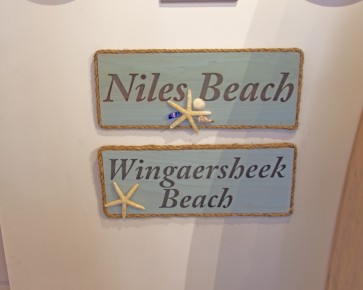 For more information please go to the link below
http://www.premier-imprints.com/ 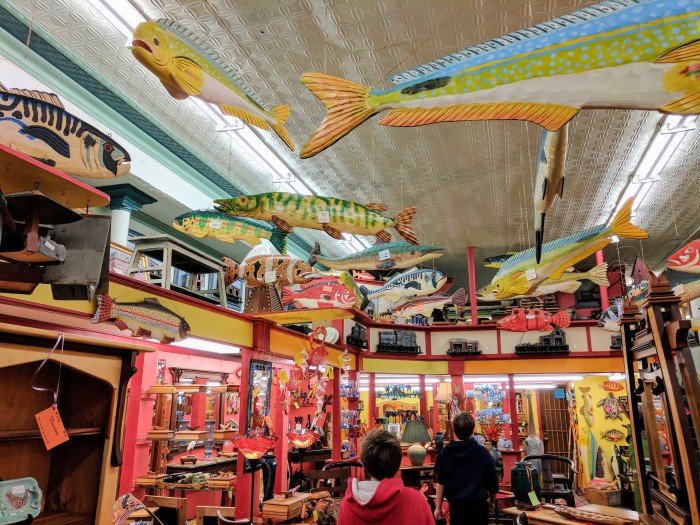 Scenes from Ladies Night — which kicked off big at Topside Grill!

Their wrap-around bar and surrounding tables at capacity with gals gathered round and special appetizers and drinks.

If you missed Ladies Night, still to come:

END_OF_DOCUMENT_TOKEN_TO_BE_REPLACED

Bought my daughter Eloise a Fishing rod at Three Lanterns. Got my fishing permit online, it was a snap- Here’s where you apply-

Shout Out To Premier Imprints For Puzzles www.premierimprints.com

Correction from Kim- “Correction: Our Lady of Good Voyage was designed by Halfdan Hanson”

There’s a magnificent permanent art collection displayed throughout Gloucester’s City Hall, its public buildings and many outdoor locations. In an effort to promote, encourage and share current local art and artists with the public, Mayor Romeo Theken showcases a wide variety of media on temporary loan throughout the Mayor’s office. I took some photos back in February. She requested that buoys painted by our local youth at Art Haven be featured in Kyrouz Auditorium, along with the ‘Downtown Quilt’, the 13th panel from the Gloucester Neighborhood Quilt Project. These quilts are made by residents creating art with Juni Van Dyke, the Art Program Director Gloucester Council on Aging at Rose Baker Senior Center. (Twelve panels were prominently displayed for the 2014 Inauguration for former Mayor, Honorable Carolyn Kirk.) 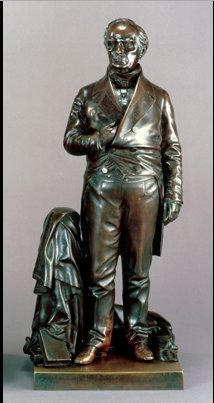 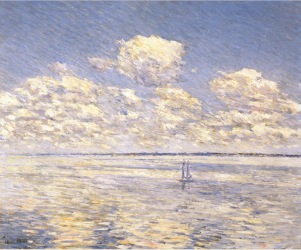 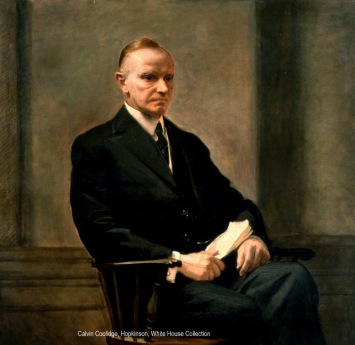 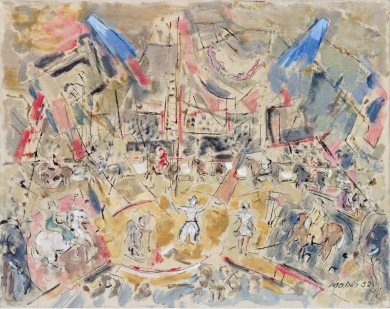 In the Oval Office:

Not one, but two Edward Hopper paintings, lent by the Whitney Museum of American Art, are installed one over the other, Cobb’s Barns, South Truro and Burly Cobb’s House, South Truro.  There are more than 100 Edward Hopper works inspired by Gloucester, MA. The Childe Hassam’s painting, Avenue in the Rain, and Norman Rockwell’s painting, Statue of Liberty, remain on view.

In the Blue Room:

In the East Room:

In the Green Room:

In the Red room:

In the State Dining room:

In the Ground floor corridor:

In the private quarters:

Several artists are represented by more than one piece. How does the White House collection work? It is unusual for the White House to accept art by living artists. There are more than 450 works of art in the permanent collection. New art enters the collection after its vetted and is restricted to works created at least 25 years prior to the date of acquisition. For the public rooms, the Office of the Curator works with the White House advisory committee, the First Lady serves as the Honorary Chair, and the White House Historical Association. The private rooms are the domain of the First Family. Works of art from collectors, museums, and galleries can be requested for temporary loans and are returned at the end of the President’s final term. The Obamas have selected contemporary art, including abstract art, from the permanent collection, and borrowed work for their private quarters. Besides the Hopper paintings and John Alston’s Martin Luther King sculpture, they’ve selected art by *Anni Albers, *Josef Albers, Edgar Degas, Jasper Johns, Louise Nevelson, *Robert Rauschenberg, Edward Ruscha, and *Alma Thomas. * indicates works that have been donated to the permanent collection. The Obama Administration upgraded the website so that anyone unable to visit in person can have open access. I encourage visits to the website https://www.whitehouse.gov/about/inside-white-house/art. I love the diverse rooms and all the interconnected doors such as the splendid Green Room installation with the Marin and the Jacob Lawrence activating the threshold. 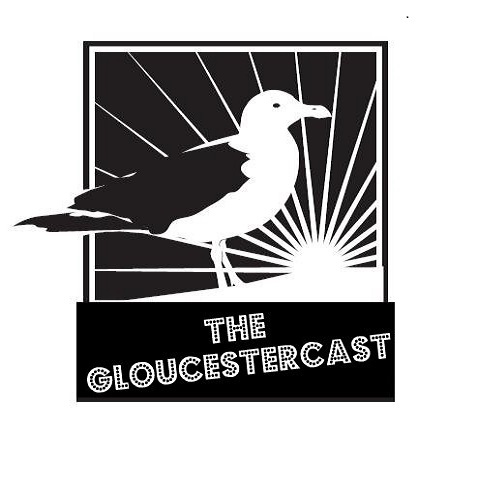 Topics Include: Winner Of GloucesterCast Subscriber Contest #2 Is Leslie Heffron, Week Three GloucesterCast Podcast Subscriber Contest: One of the first ten subscribers to the GloucesterCast this week will win a mini framed sketch from Paulie Walnuts of your local scene request, Toby Pett Wearing Sailing Arch-nemesis Fred Shrigley Boat Shirt despite intense sailing rivalry, Is There A Bigger Drinking Institution Than The Rhumb Line In Gloucester Since The Old Timers Is Gone?, Is there a better feeling than having your Christmas shopping done early?, Donna Ardizzoni still smiling after falling and bruising her ribs half way up the Lobster Trap Tree, Kudos To Hiltz Trucking for trucking the Lobster traps for the lobster trap tree and Sticky Fingers for treats for the builders more kudos to come, Buoy Painting At Art Haven For The Lobster Trap Tree , GMG Holiday Party December 19th, A Present To Me would be If Someone bought a gift for them self or for a loved one from Fred Bodin at Bodin Historic Photo, Mini-Rant- Local retailers That Don’t retweet or share Dawn at La Provence or Susan From Toodeloos efforts to promote shop local initiatives that would help them out, Shopping Local Is So Much Less Stressful and studies show that over 50% of the money you spend locally stays and gets re-spent locally, Just a Few Local stores to get great gifts- Toodeloos, Island Art and Hobby, TBT Post, Premier Imprints, Pisces, Palazolas, House Of The Raven, Cape Ann Olive Oil, Alexandras Bread, The Cave, Savour Wine and Cheese, Bookstore of Gloucester, Main Street Art and Antiques, Pearls, Ace Hardware, Building Center, Ect Ect Ect, Donna has pillows which she can put any of her photos on them for a gift, Cape Ann Giclee, Confused Over The Flap Over The Increased Cost for The Post Thanksgiving Gloucester Daily Times, Christmas Tree Talk, Lumberjack Kim Smith, White Lights vs Colored Lights, C9 Ceramic Lights, For Anyone That Is Doing The Home Energy Assesment Please advocate To Get As Much free Stuff as Possible Including Free Lightbulbs, Free Power Strips,  Efficient Shower Heads, and Electonic Thermostats, Going To Find Out If The Functional Lights We Replaced are of use at Second Glance, Shout Out To Steve Corbett Electricians, What Kind Of Savage Eats Mince Meat Pie?, Pie Pole Adventures With Kim Smith, Secret To Non-Runny Pecan Pie, Donna Is Not A Pie-Eater, Rocky Neck Holiday Art and Craft Show, Magnolia Historical Society Art In The Schoolhouse, Rusty and Ingrid, Local Colors, Joe Higgins Gyotaku Prints, Brother’s Brew Donuts Mandatory Mention, The Reach of The Blog, Judith Sudduth on Eastern Point, Reminder: How To Get a Free GMG Sticker , Brodies Pub, The Secret To Brodies Steak Tips, What Other Places Are North Shore Drinking Institutions Like Mattys In Marblehead, Brodies in Peabody Square and The Rhumb Line In Gloucester?, GMG Holiday Party December 19th, Toby Is Getting a Knee Replacement, Councilwoman Melissa Cox, Killer No-Brainer $300 Camera Recommendation.

Subscribe to Get The GloucesterCast Podcast by Email For Free

A sand Castle Kit and some fun buoys for the summer time. 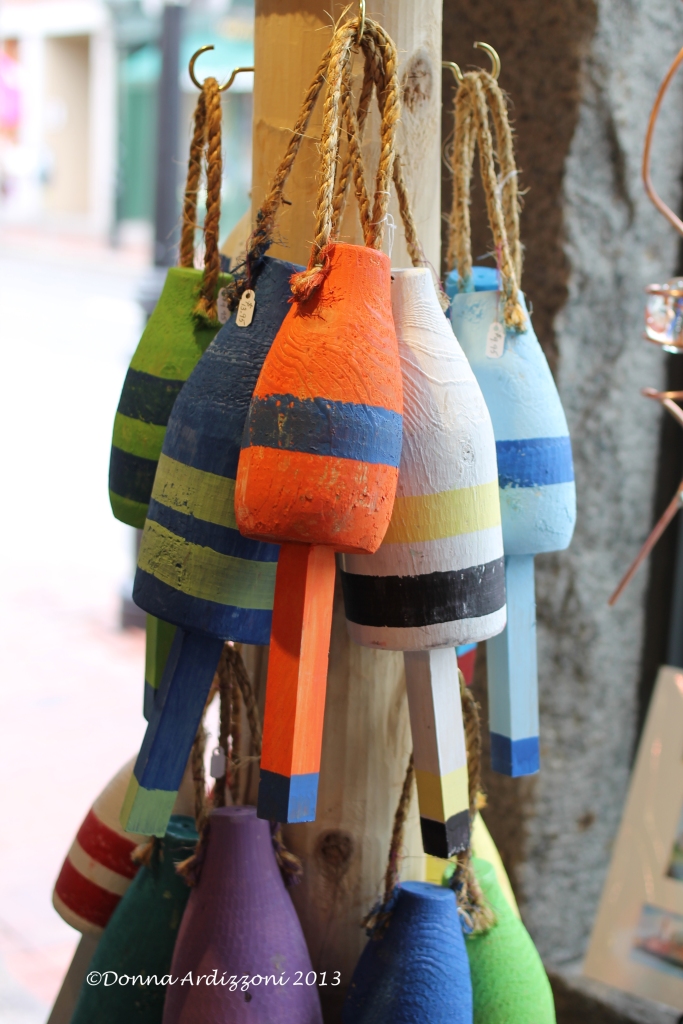 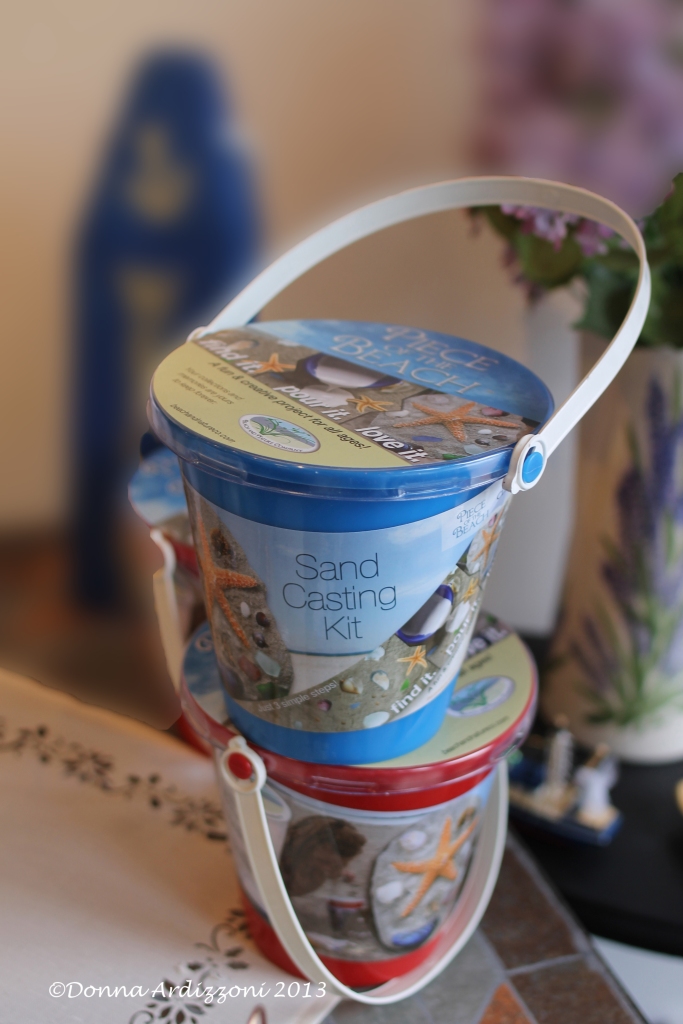 They’re available on my photo site Sharon Lowe Photography, at Premier Imprints at 48 Main St. and at Present at 271 Main St. Get yours today!

The fourth year of the GMG Downtown Gloucester Holiday Gift Video Series where we walk up and down Main Street and try to capture as many retailers as we can and highlight their best gift ideas one a day every day leading up to Christmas.

My Cape Ann calendars are available locally at Present, Premier Imprints, and online. Thanks!  ~Sharon