Gloucester, Mass., March 18, 2015 – First Ipswich Bank is pleased to announce that work by local artist, Jim Clyde, is on display at its Gloucester branch – 207 Main Street – through April.

Jim is a 25-year resident of Essex and has been painting under the tutelage of Gloucester’s David Curtis. He grew up in Hamilton, graduated from Phillips Exeter Academy, attended Middlebury College, and graduated from Suffolk University. All of his works are done outdoors, or “en plein air,” and usually in one session, or “alla prima.” He hopes you will stop by to enjoy the paintings and to see if you can spot the telltale signs of his en plein air work … perhaps bugs in the paint?

“We are surrounded by an enormous wealth of talent in Gloucester, as well as the entire North Shore area, and we are fortunate that we can highlight, at least a small bit of it, at our Gloucester branch,” commented Bank President, Russ Cole.

A reception is planned at the branch on Friday, April 3 from 1:00-4:00PM to offer you the opportunity to meet Jim and learn more about his work.

One artist’s work will be shown every three months; the first installation featured Katherine “Kim” Thayer’s work and Jim’s work will be on display through April. A new artist will then be featured from May-July 2015. 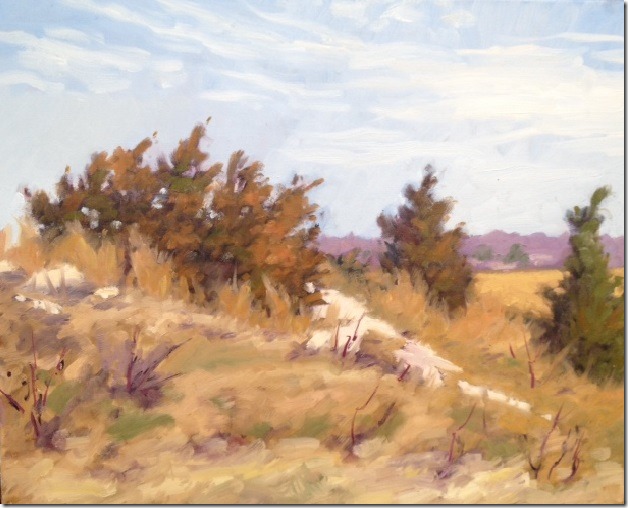 It was in August of 2013 while in the midst of a 5-year anniversary celebration trip to Cape Ann that David Arsenault and his wife, Sue Koehler-Arsenault, first walked into Scott Tubby Fine Art at 26 Bearskin Neck in Rockport. Listening to Scott, both David and Sue imagined new possibilities for themselves. Might Rockport someday be the right place to follow their dream of opening a gallery?
“Someday” arrived sooner than either one of them could possibly have believed. In May of 2014, David was “right-sized”—laid off— from his senior art director position with one of the largest educational publishers in the world. Suddenly, new choices and new opportunities were on the table, and the couple decided that now was the time. They marketed and sold their home and packed their belongings, all while Sue underwent knee surgery and David
reassembled his studio to film a PBS segment for the local affiliate. They finally headed to Rockport in November. Once there, all that remained was to find a gallery space; in February, the wildest month of the winter, they did: incredibly, the very same 26 Bearskin Neck! (Scott Tubby moved to 11 Main Street in town).
“One thing led to another, and before we knew it, we wanted to do it, and HAD to do it,” said David. “At this stage of our lives, we’re ready to create a great adventure together, doing what we love in a place that we love. And this is it. The fact that it will happen in the exact same space where our dreams took shape is almost too good to be true. But it fits perfectly!”
Arsenault has been an oil painter for 20 years. The Wall Street Journal once recognized his style for its similarity to Edward Hopper’s—who painted on Cape Ann in his career—by stating that “Some of Mr. Arsenault’s paintings could pass for works by Edward Hopper, just at a thousandth of the price.” David is known for his colorful and dramatically-lit scenes of Cape Cod, buildings, night, and landmarks like diners and drive-ins. His most recent work, which can be seen on his website, is exclusively made up of paintings depicting places on the North Shore, specifically in and around Rockport and Gloucester.
The new year-round gallery, simply named The Art of David Arsenault, is scheduled to open for business on Friday, March 27th, from 11:00 am to 6:00 pm. A Grand Opening featuring live music by The Jazz Brewers Duo, food, and beverages will take place on Saturday, April 11th with a reception from 4-7 pm. The Cape Ann Chamber of Commerce will hold a brief ribbon-cutting ceremony at 4:00. On display will be dozens of David’s original oil paintings as well as numerous giclée prints on canvas. A commemorative poster of his new painting of the iconic Motif #1, entitled “Center of Attention,” will be offered for sale at a special price; a share of the proceeds will go to The Open Door, a local organization whose mission is to alleviate the impact of hunger in the community. Different non-profit organizations will receive a share of proceeds each month throughout the calendar year 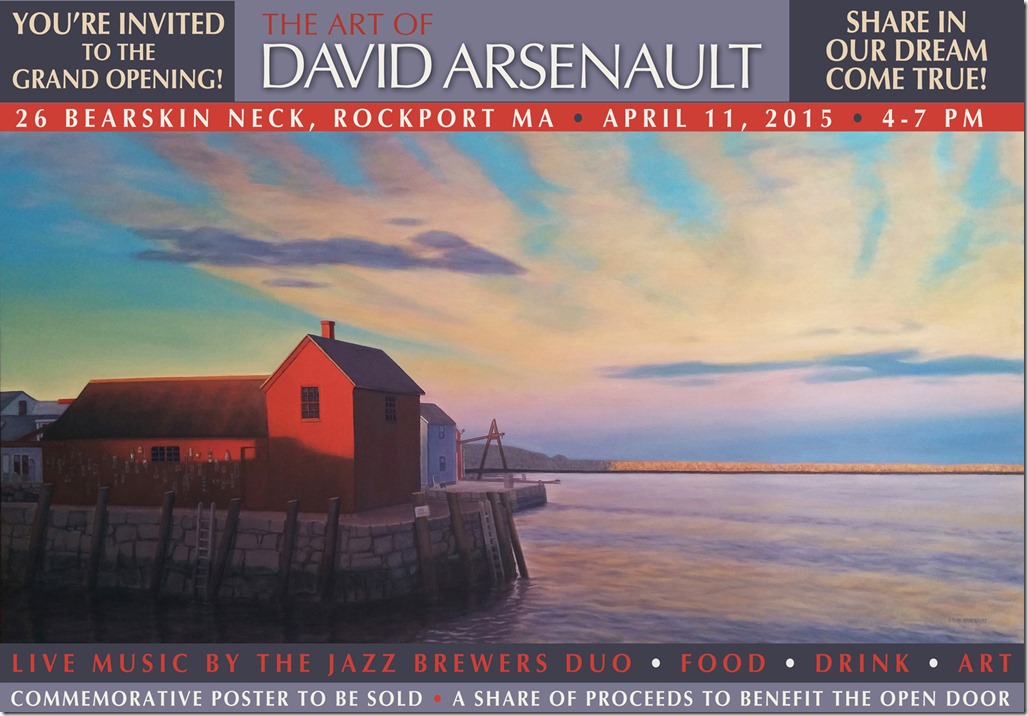 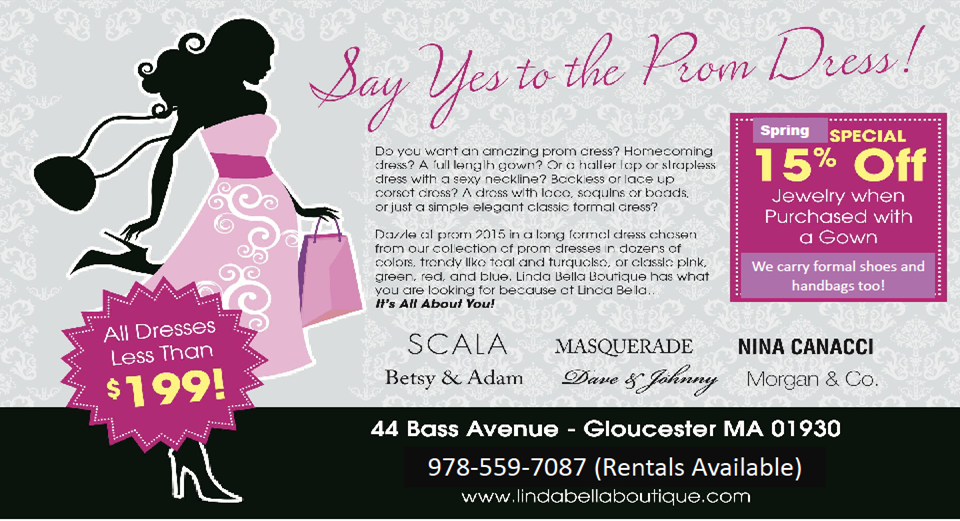 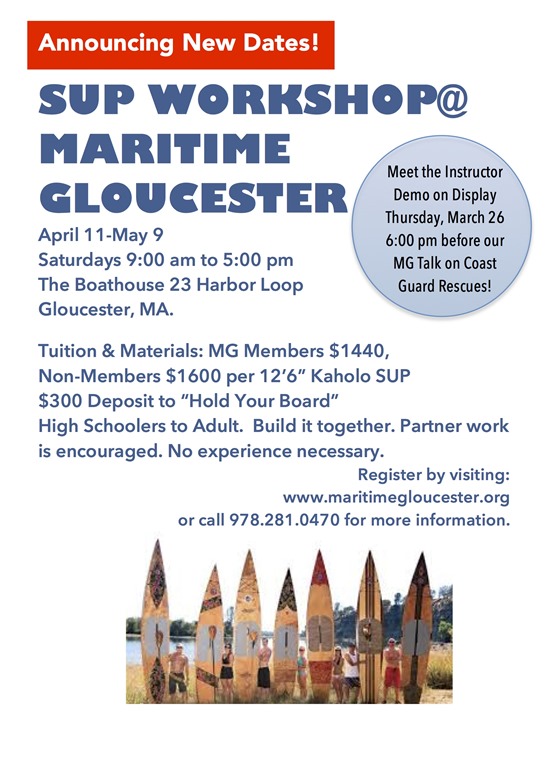 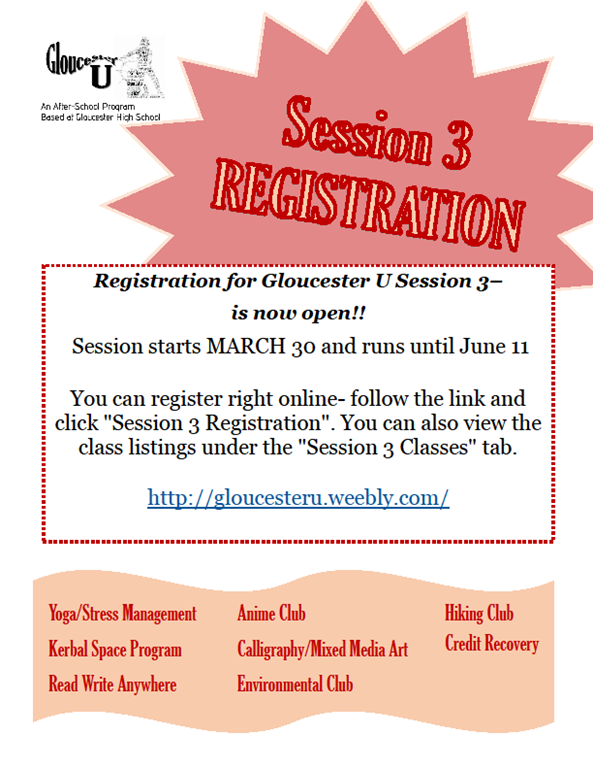 To Learn more or Register go to : http://gloucesteru.weebly.com/

Andy Gordon, of Transportation for Massachusetts (TFT), was the guest speaker at the Gloucester Democratic City Committee’s March 12th  meeting. TFT is a broad-based coalition of organizations working together to create, safe, convenient, and affordable transportation alternatives for everyone in the Commonwealth.

Thank you for sharing!

On behalf of the GDCC