The opening celebration for the beautiful new exhibit at the Cape Ann Museum, “Once Upon a Contest: Selections from Cape Ann Reads,” was fabulously well-received and well-attended. Artists, writers, Mayor Sefatia, Cape Ann Museum director Rhonda Falloon and staff, Cape Ann librarians, friends, families, and well-wishers were all there to join the celebration. 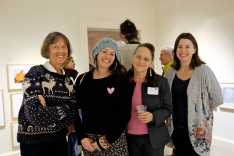 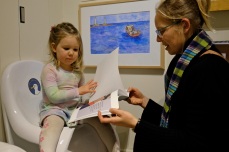 “ONCE UPON A CONTEST” RUNS FROM DECEMBER 20TH THROUGH FEBRUARY 24TH

Exhibit Curated and directed by Catherine Ryan, with support from the Bruce J. Anderson Foundation.

THE CAPE ANN MUSEUM IS FREE TO CAPE ANN RESIDENTS DURING THE ENTIRE MONTH OF JANUARY!

One thought on “TREMENDOUS TURNOUT FOR CATHERINE RYAN’S CAPE ANN MUSEUM OUTSTANDING “ONCE UPON A CONTEST” OPENING EXHIBIT CELEBRATION!”