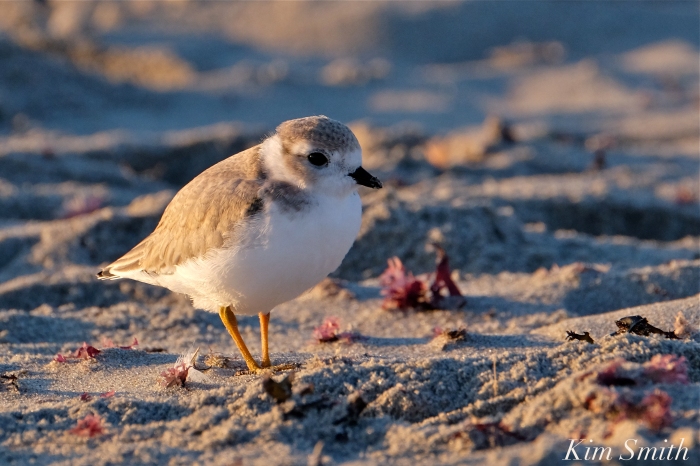 Saturday through Sunday and still no sign of Papa. He has not been seen since Friday night. We can only surmise that he has departed of his own accord or been killed by a predator. Either way, it’s terribly worrisome for the chick, just one of its kind, at the city’s most popular of beaches. Little Chick hasn’t as of yet shown great flying skills, and only Friday, Papa was piping warning commands when predators approached. 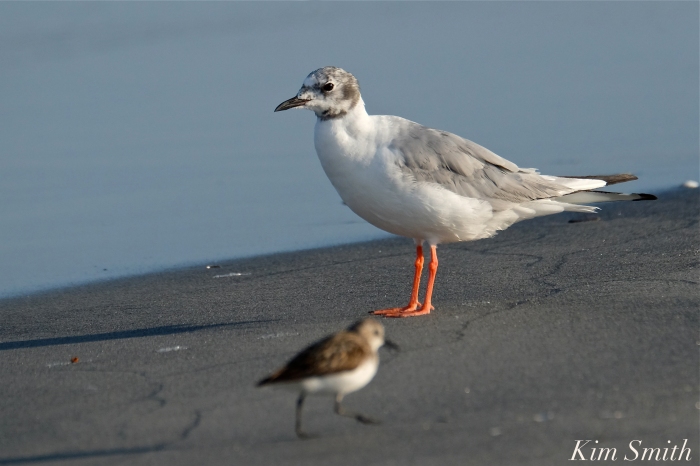 The summer migration is underway and within this past week we’ve seen Bonarparte’s Gulls, Laughing Gulls, Least Sandpipers, Sanderlings, and Semipalmated Plovers at Good Harbor Beach.

Little Chick has been foraging in close proximity to the Semipalmated Plovers, which are similar in size to Piping Plovers, only much darker. The SemiP know to fly away when the beach rake is near; Little Chick still only hunkers down deeper into the sand. His plumage works as both an advantage and disadvantage. He’s well camouflaged from predators, and too much so from well meaning beach goers. 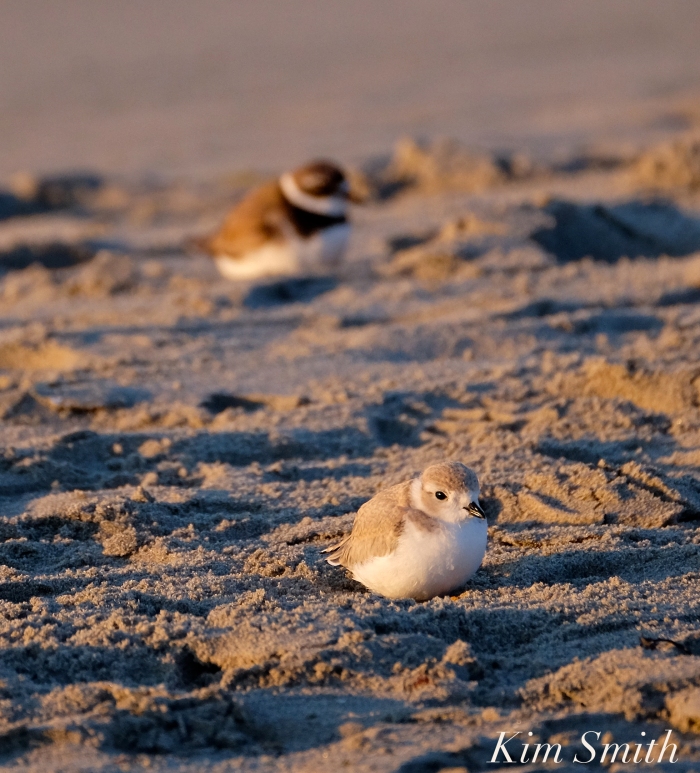 Notice how much paler the Piping Plover (foreground) is in comparison to the Semipalmated Plover. 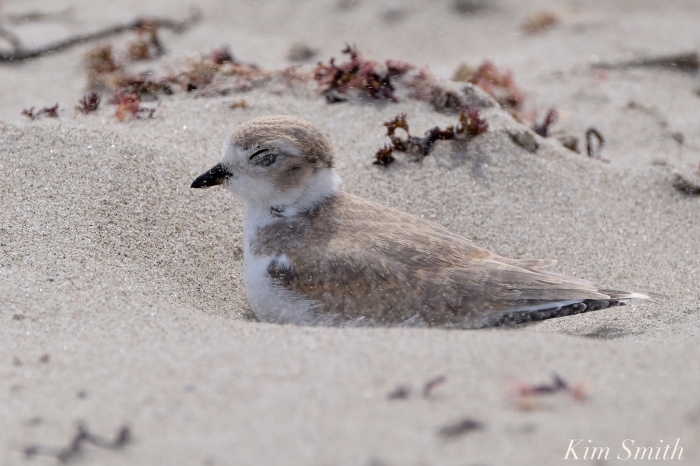 Little Chick tried to rest at the high tide line during yesterday’s blustery afternoon. He didn’t like the strong winds one bit and quickly changed his mind, taking shelter beneath the vegetation in the roped off area. 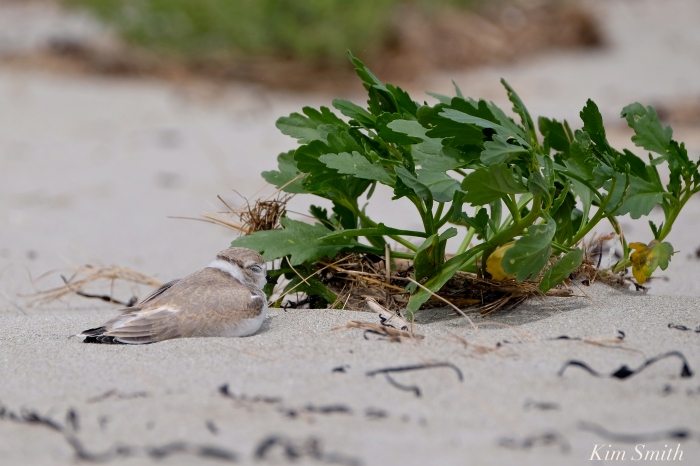 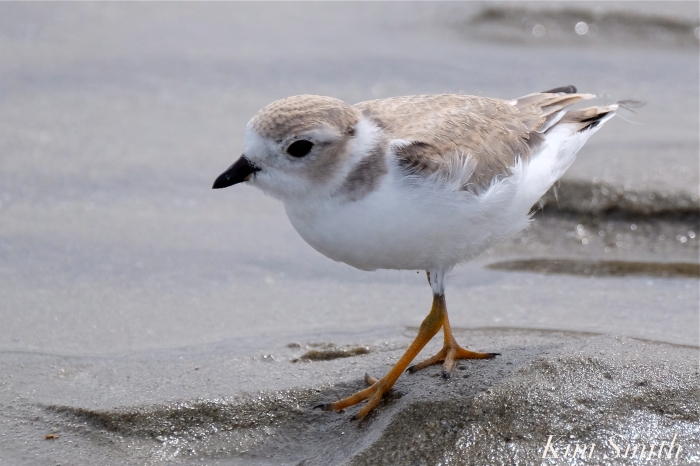