Debbie’s dog “Betty”, named after Elizabeth Warren, ate her tube of lipstick.  Some dogs just like to look good. 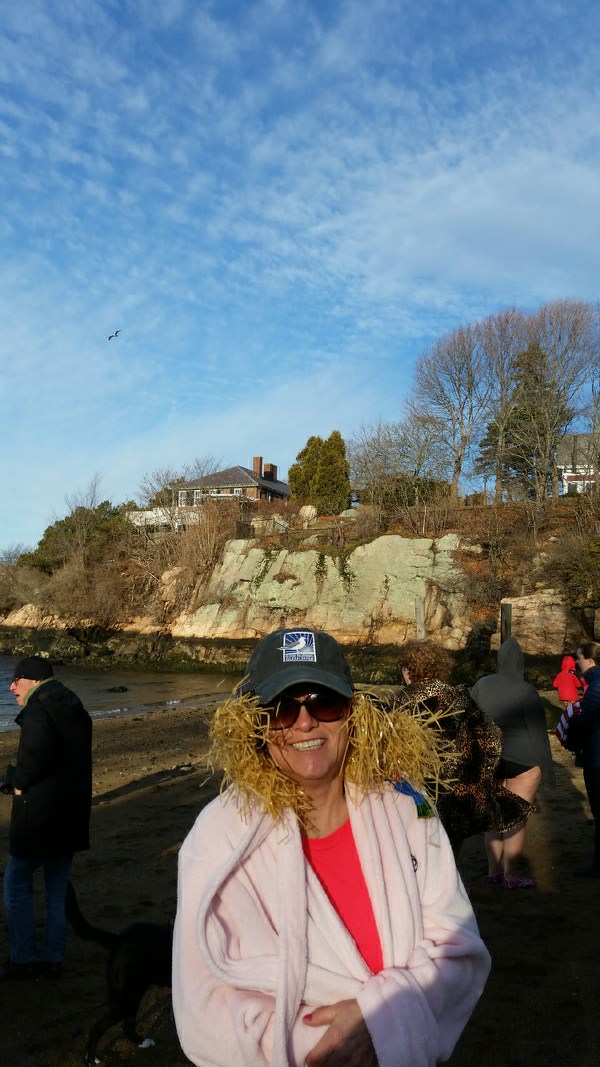 Colleen Apostolos-Marsh shares these charming snapshots from her Arts and Crafts for Little Ones. For more information about Colleen’s wonderful children’s classes, contact her through her facebook page. 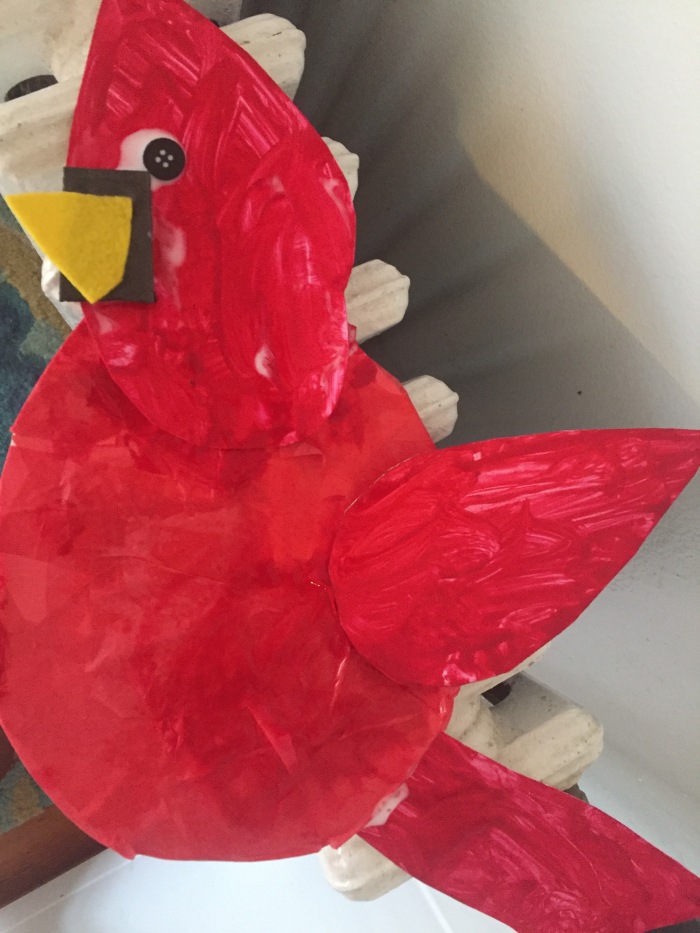 The curator’s job sounds relatively simple: just surprise us. Show us something we haven’t seen before, or lately, or in such depth, or with such clarity. Try to avoid the predictable and familiar, the market approved or academically sanctioned, or what other curators have already done. Try to step outside your museum’s comfort zone or carefully manicured institutional persona with something eccentric, an intuitive leap. After all, there is plenty of art out there.
—Roberta Smith, “Museums Embrace the Unfamiliar” New York Times, September 16, 2016

The current exhibition at the Cape Ann Museum would be music to Ms. Smith’s ears. Voicing the Woods: Jeremy Adams, Instrument Maker is the unpredictable, eccentric delight she calls for. Indeed, the Museum has leaped forward with its intuition that Mr. Adams’s peerless craftsmanship has exactly the genius and beauty for the rapture of an unsuspecting public. And from all accounts, its public has agreed!

A formal lyricism in this exhibition commands attention to more than one art form. From the fabrication of brass hinges to bone keys (not to mention the skunk-tail sharps and cow-toenail couplers!), to sculptural stands and the exacting, exquisite joinery that must move unerringly to create music, the show reveals the prodigious skill and artistry of Jeremy Adams, one of the most gifted musical instrument makers in the United States. Meticulously presented in the Museum’s largest gallery, the exhibition showcases an impressive selection of harpsichords inspired by Flemish and French designs of the 17th and 18th centuries, a chamber organ, a clavichord, a demonstration organ chest, and a beautiful, witty silent keyboard, all built in their entirety by Adams in his Danvers, Massachusetts atelier. Curated from over 40 instruments built since the 1960s, these works reside in public and private collections around the world. The exhibit’s centerpiece is the stunning French (Blanchet) double-manual harpsichord with its very modern stand, which emerged from the Adams workshop this summer and is featured in events for the duration of the exhibit, sometimes in tandem with other instruments in the room. Also in the gallery, Paul Cary Goldberg’s elegant photographs, commissioned by the Museum, document the Adams workshop—the tools, details, atmosphere and the droll, quirky personality from which the instruments come. END_OF_DOCUMENT_TOKEN_TO_BE_REPLACED

Congratulations to the 2016 (round 7) awardees!  Their final presentations were at City Council on Tuesday. 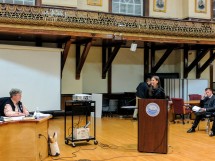 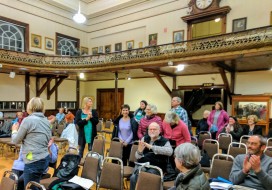 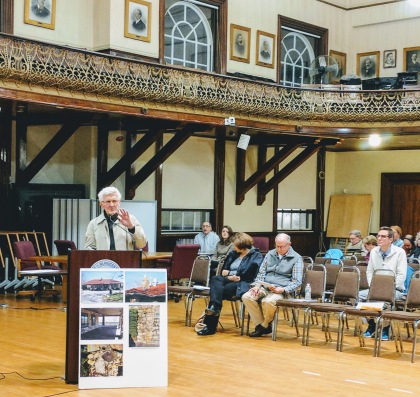 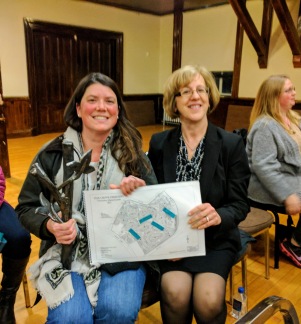 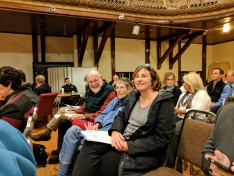 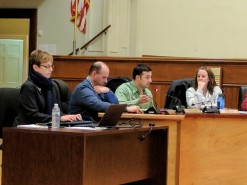 report on beach and traffic

Since Gloucester voted to approve the Community Preservation Act (CPA) in 2008, the city has administered 7 rounds of funded projects throughout our community. Have a look at who you helped fund in 2016

Safe bet you might know someone assisting one of these projects. Who else helps?  The volunteers on the Community Preservation Committee are fantastic: Catherine Bill Dugan, Catherine Schlichte, Henry McCarl, David Rhinelander, John Feener, Barbara Silberman, Heide Wakeman, Ellen Preston, and Scott Smith. There’s no break for this committee. From start to finish the process from an applicant’s perspective takes nearly a year. Depending upon the project, it will involve assistance from the Community Preservation Committee, City staff and various departments, City Council, City Council sub committees, and the administration.  Just as one round winds down, the next year’s process and round of applicants gears up. Visit the Community Preservation Committee page on the City website to learn more about the CPA and to see prior projects.

Save the date:The Community Preservation Committee will be hosting an information meeting for prospective 2017 applicants at Sawyer Free on  February 8, 2017 at 6pm. Applications are due April 17, 2017.

Debbie Laurie, a Senior Project Manager in the Community Development Department who manages Grants and CPA for the City writes about the info meeting: “We want to help guide applicants through the process and answer any questions you may have before filling out an application.  We can also determine if your project is actually eligible or not.  Please pass the word around if you know of anyone that may be interested. “ 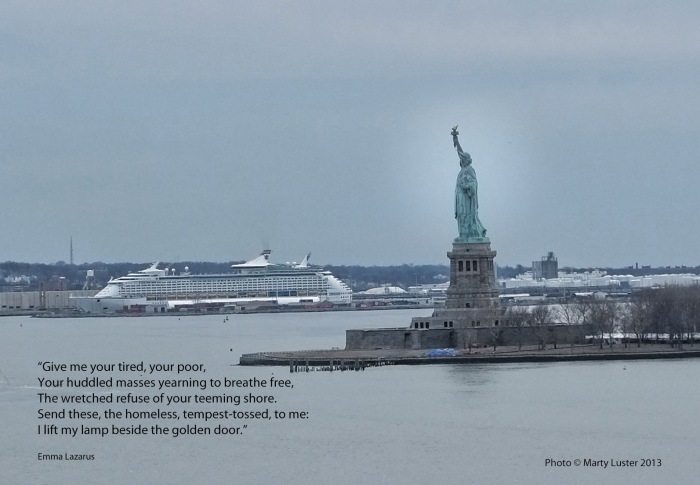 OK, girls, this is it. You’ve been tearing at my clothes amid great wailing and gnashing of tooth ,begging me to bring him back, so , here he is: Mr. Dennis Brennan. Truly a national treasure, undiscovered and under-appreciated, this cat writes some great toons, can sing his ass off, plays a mean harmonica and has a great hat collection, to boot. I mean this! Hopefully I’ll get him to sneak in some of his self-penned doozies between the really cool blues he’s known for.

Get Down and Get Your Patriots Fix While We Have a Week of Rest!

READ ALL ABOUT THE HALL AT PATRIOT PLACE HERE

This year, the young company presents four fantastic Winter Festival shows! Family-friendly The Musical Adventures of Flat Stanley Junior takes us on an incredible adventure all across the globe, while The Emperor’s New Clothes teaches us to open our eyes to what’s right in front of us! Mary Poppins uses magic, common sense, and a spoonful of sugar to teach the entire Banks family to value one another. Lastly, the dark and edgy Sweeney Todd shows us just how far some will go for those they love.

This audition-based program for students in grades 1-12 culminates in performances on Stoneham Theatre’s stage. Anyone can audition, and free workshops prepare seasoned actors and newbies alike!

READ ALL ABOUT IT HERE

When you’ve had your fill of chocolate, take a jaunt through Harvard Yard to the Museum of Natural History. Visit the famed Glass Flowers gallery where realistic hand-crafted glass models of Cacao, as well as cashew nuts, mango, pineapple, and other edible plants are on display.

Special thanks to Camp Cody, Seacoast Sweets and Rescom for their support of this tasting event.

Whether you are a serious chocolate aficionado or a fun-loving chocaholic, please join us for the sweetest weekend of the year in Harvard Square.

Your Bridge to Health; Promoting Optimal Wellness for Mind, Body and Spirit

It’s January, and Attendance at the Fitness Centers High. After the holidays, attendance at fitness centers increases as people focus on healthy New Year’s Resolutions and try to work off excess pounds and inches from holiday festivities. But, after the 1st month of the year, motivation tends to slide and attendance tends to drop off.

So What Can You Do?

What are Your Goals for Exercise in 2017?

2.  Keep At It – With repetition, the healthy steps you are taking become your new positive, healthy habits. 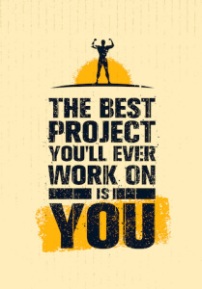 “It Takes 21 Days to Change a Habit.” How often have you…

Freezin’ for a Reason 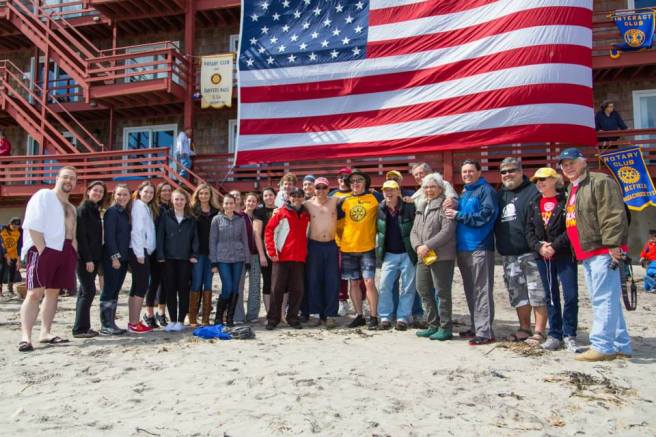 The Gloucester Rotary Club and Rotary District 7930 will hold its 7th annual Polar Plunge on Saturday, February 4, at the Cape Ann Motor Inn on Long Beach in Gloucester at 11:00 am. The event is part of Rotary International’s ongoing campaign to eradicate polio in our lifetime. More than 200 people are expected to plunge into the cold waters off Cape Ann this year, including Gloucester Rotary President David Slade. Last year, over 250 people braved the icy waters, raising more than $95,000.

Since 1985, Polio has become the signature cause for Rotary International as it has teamed up with partners including The Global Poverty Project, The Global Eradication Initiative, The World Health Organization, and The Bill & Melinda Gates Foundation. Since that time, more than a billion dollars have been raised among Rotary clubs worldwide and the Bill & Melinda Gates Foundation. When Rotary…

Check out http://www.northeastbbq.com for stories from my BBQ pit