Several posts have been deleted due to miscommunication on my part. All GMG CONTRIBUTORS HAVE BEEN NOTIFIED THAT campaign celebration posts will not be posted as I feel that seems to be an endorsement and as I’ve written on all of the political announcements (which we do post) that we do not endorse candidates on these pages. So to Candidates Verga and McGeary please accept my apology for my lack of clarity in previously explaining this to my team and be assured it won’t happen again. 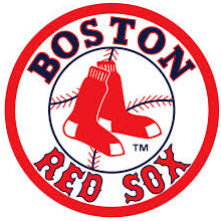 The Boston Red Sox are thanking fans for their unwavering support throughout September.

More than a thousand prizes will be distributed at Red Sox games this month, along with players greeting fans at the gates, offering the shirts off their backs, and taking selfies with fans.

GMG is helping the Red Sox say thank you to our viewers by giving away a pair of tickets to the September 25th home game against the Baltimore Orioles at Fenway Park.

Buy A GMG embroidered Cap Here for one free entry

Buy  any GMG T Shirt here for one free entry

Very simple, Sunday Morning September 20th whoever gets the most entries wins.  You can share one Facebook and Twitter once a day every day til then.  I must be tagged in them so I can count the entries.

Get to it for your chance to win!

Calamari to die for 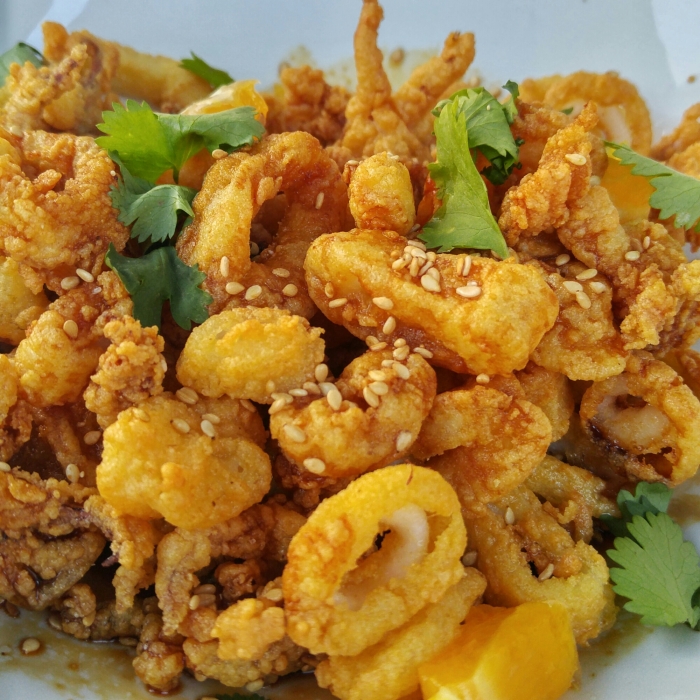 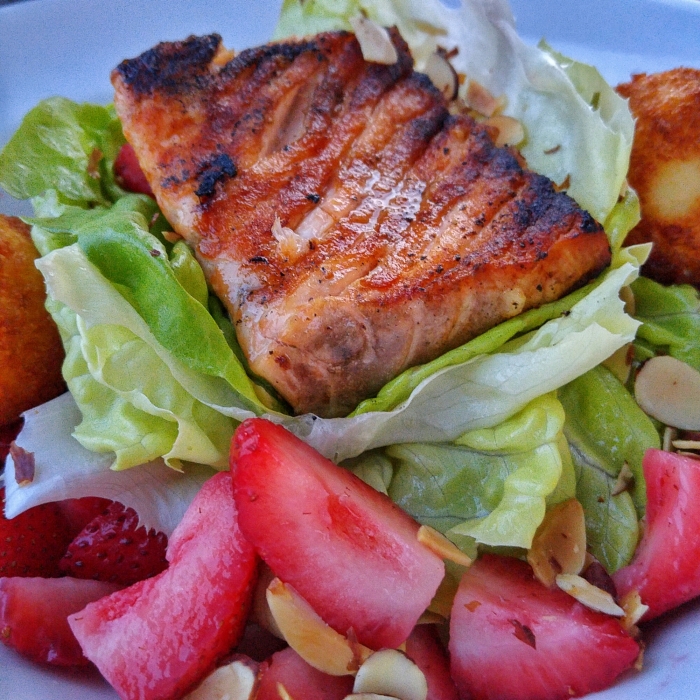 Thank you to my friend Lyn for sharing this story. Lyn lives on Niles Pond and, as do several family’s around the pond, she keeps a watchful eye on the swans, ducks, and all the birds that make Nile Pond their home. Lyn thinks the last time the swans were seen together was Monday, Labor Day. Mr. Swan has taken to sitting in the middle of the pond, crying and wailing, lamenting the loss of his beautiful mate. Wednesday Lyn took me around the causeway to the spot where it looks as though the kill took place, with only her feathers remaining.

If anyone has additional information, please share. Thank you so much. 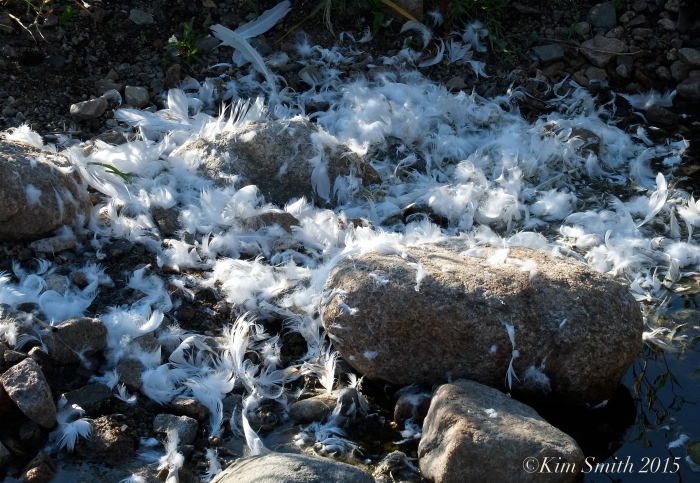 Sometime in the Autumn of 2014 I loaned a camera to Fred Bodin. He asked lots of questions and enjoyed fiddling with the camera. Months went by and Fred was in and out of treatment. A few times I asked him if he had taken any photos with the camera and each time he said he hadn’t.

Yesterday, Barbara and I visited with Janet. She found the camera (with a note that simply said “Marty”) and returned it to me. When I got home I imported the file that was on the memory card. Fred had taken a photo on January 19, 2015.

Right back at ya, dear friend.

Come party with Poppa Cigar at the beautiful Floating Lotus Lounge. This space has a beautiful ambiance and a large dance floor. 10.00 suggested donation.

Jenn Cullen is a Super FOB of GMG.

We like to give her a hard time when she says she will be at the next GMG event. Sometimes she would show up, some times she would have to work or fill in for somebody at a couple of local businesses. Always an excuse :).

She’s a hard worker who can take a beating from the GMG Authors. Also she has commented on a lot of posts.

Commenting on our posts on GMG helps give us a clue on what the readers like and not like.

Don’t be afraid to comment. No one will think less of you if you leave a critical comment. Except me. 🙂

Thanks for being there Jenn for all your support through good times and Bad.

“I’m now the proud owner of three original Paul Frontiero Sr. Oil Paintings! And his son Paul, also a great artist in his own right (I have a few of his pieces, too), came to my house to show me the collection for sale and also made me my own special Art, Rocks! mug which I will treasure always! So excited to get these framed and hung.”

In my opinion Jenn got the best that was left of the small paintings.

so representative of “Old Gloucester”

My son and I found your art rock in magnolia! We love it :)”

You know that one of my personal efforts is to encourage non-profits in the city to work together and help each other grow. Here’s a good example of how that can happen. The poster attached is for Fish Tales, the popular live story telling program that is a part of the Gloucester Writers’ Center. This month it is being held on the deck of Adventure, and will feature former fishing crew member Ron Gilson, as well as several other well-known local raconteurs, telling true stories on the theme “Home.” Adventure is of course tied up at Webster Pier, part of Maritime Gloucester on Harbor Loop. Three great local organizations working together; everybody wins.

Thank you for your help getting the word out on GMG.

The Cape Ann Chamber of Commerce is excited to announce the new Dine Out Cape Ann.  Cape Ann is throwing away the tired restaurant week model and taking a fresh approach aimed at highlighting the unique flavor of each participating restaurant. The two week event will take place October 25th –  29th and November 1st –  5th, 2015, in restaurants throughout Cape Ann.

Participating restaurateurs have been asked to create exclusive menu options that embrace their particular venue and highlight what makes them unique – from dishes that feature local seafood to signature cocktails and food pairings. This new spin culminates in a wide array of exceptional dining experiences that make up Dine Out Cape Ann.

Cape Ann visitors, as well as locals, are invited and encouraged to indulge in the unique tastes of the area.  This two week event provides plenty of time to experience the creative menu offerings at a number of different restaurants on Cape Ann. Enjoy!

For more information on this event, please contact the Cape Ann Chamber of Commerce at info@capeannchamber.com or 978-283-1601.

On September 26, 2015 The City of Gloucester at the DPW will be holding Hazardous Waste Day.  For more information please go to the following link:

A great way to help clean up the coast while also learning and enjoying family friendly activities!

Along with the cleanup, outdoor family activities for children of all ages will be offered to keep everyone engaged, from 10:00 am-3:00 pm.

Along with Coastsweep, Joppa Flats School and Youth Education Coordinator Lisa Hutchings presentsCoastsweep on the Beach, a full day of outdoor family activities that include:

For group games for younger kids, and participatory coastal science for older kids, families, friends, and school and scout groups are invited to meet at Parking Lot #1 at the Parker River National Wildlife Refuge.

In the case of inclement weather, family activities will take place indoors at Joppa Flats Education Center at One Plum Island Turnpike in Newburyport.

Participation in Coastsweep is free, for all ages, and will be held rain or shine. Participants do not need to preregister and may show up at any time during the day. 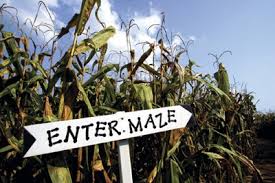 The Cape Ann Museum is pleased to present, in tandem with The Essex National Heritage Commission’s Trails & Sails Weekend of Walks and Water, a guided walking tour of select Gloucester houses made famous by American realist painter Edward Hopper on Saturday, September 19 at 10:00 a.m. Tours last about 1 ½ hours and are held rain or shine; participants should be comfortable being on their feet for that amount of time. The tour, along with Museum admission, is offered at no charge on a first come, first served basis. Space is limited, no reservations. For additional information please email info@capeannmuseum.org or call (978) 283-0455 x10 during Museum hours.

American realist painter Edward Hopper is known to have painted in Gloucester on five separate occasions during the summer months between 1912 and 1928. His earliest visit was made in the company of fellow artist Leon Kroll. During his second visit to Cape Ann in 1923, Hopper courted the young artist Josephine Nivison. He also began working in watercolor, capturing the local landscape and architecture in loosely rendered, light filled paintings. In 1924, Hopper and Nivison who were newly married returned to Gloucester on an extended honeymoon and continued to explore the area by foot and streetcar. During his final two visits to the area, in 1926 and 1928, Hopper produced some of his finest paintings. This special walking tour will explore the neighborhood surrounding the Museum, which includes many of the Gloucester houses immortalized by Hopper’s paintings.

Season Premier to be Cablecast  September 24 and October 1, 2015

Cape Ann TV and Gloucester resident John J. Ronan have announced the 26th season of the television series, The Writer’s Block with John J. Ronan. The award-winning series is one of the oldest, continuously-running public access shows in New England. In 2005, The Writer’s Block was awarded First Prize for an Educational Program Series by the New England Cable Television Association.

The Silver + 1 Season begins with the student winners of the spring Poetry Without Paper contest, sponsored by the Gloucester Lyceum. Students of elementary, middle, and high school age will read and discuss their poetry. The program will be cablecast Thursday, September 24, 2015 at 8:00 p.m., and repeated one week later. All of the year’s half-hour programs will present interviews with literary figures and artists from varied backgrounds.

John Ronan, producer and host of The Writer’s Block, is a former Gloucester Poet Laureate and a National Endowment for the Arts Fellow in Creative Writing. He is also a journalist and film producer and teaches writing and film as Professor Emeritus at North Shore Community College. (theRonan.org)

“Cape Ann TV is dynamic force for culture on the Cape and we are proud of The Writer’s Block record,” Ronan declares. “Twenty-six seasons is a long run in any market, at any level. This season will be our best yet!”