The family of Cigar Joe Frontiero brings Good Morning Gloucester these treasured recordings of Fishing out of Gloucester MA in the early part of the century. I’m happy that the family entrusted GMG with these priceless recordings and am proud to be able to have the platform in which we can archive and share with the community.

Thank you to the family of Cigar Joe Frontiero 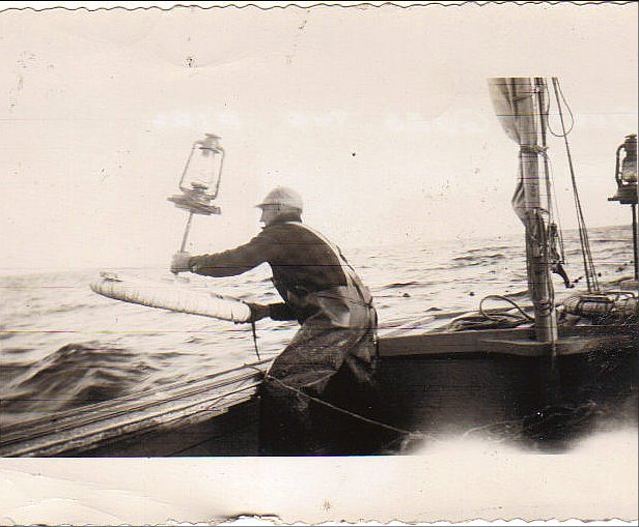 Click here or the arrow below to listen to the recording

The history behind the tapes: Someone had asked Cigar Joe for an interview for an oral history project but Cigar Joe decided to do the recording himself. At the time he was having trouble with circulation in his legs and spent most of the time at home so he bought a tape recorder. He had trouble with the tape recorder and threw all of the tapes away. His mailman took the trashed tapes, spliced them, and made copies. He gave Cigar Joe copies and kept backups (with Cigar Joe’s consent) in case the originals were lost. This occurred in 1981.

For The Other Parts Of This Series-