July 31, 2018 Quote from Brian Cashman, Yankees GM “You wonder what their record would be if they weren’t playing us. Because when we go head to head, we do some damage against them, and it doesn’t seem like anybody else is capable.”

This quote from Yankees general Manager Brian Cashman ended up being the slogan on the Red Sox American League Postseason Hoodies and if you don’t think they used it as motivation you just don’t get it. 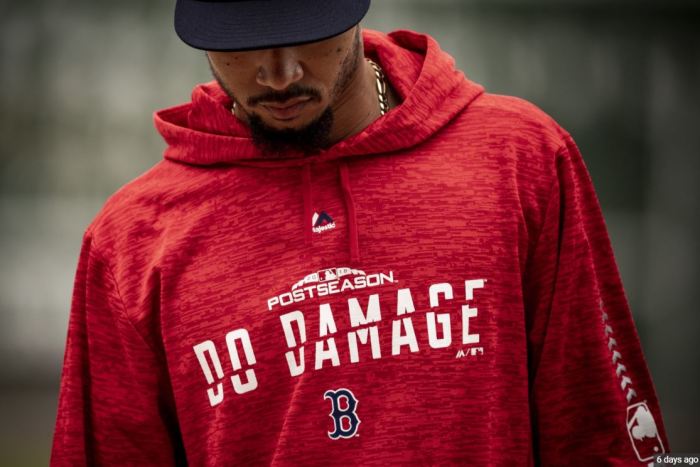 In Game 1 Aaron Judge the Yankees slugger went 3 for 5 with a homer.

In the first inning of Game 2 with David Price turning in a horrible performance Judge set the tone with a second inning blast hit to the deepest part of the park and absolute bomb.

Aaron Judge walking down the concourse by the Red Sox clubhouse blasting New York, New York on the boombox pic.twitter.com/wvqf7Lehzl

If you don’t think between the Cashman quote and Judge trolling the Red Sox in their house after a brutal loss blasting “New York New York just outside their clubhouse added fuel and motivation then you don’t know sports and I feel sorry for you.

The Red Sox went on to win games 3 and 4 in New York and after the Red Sox won the series in New York they blasted “New Nork New York” to stuff it right back in Judge’s face.

And Wally gets in on the action getting the last laugh.

3 thoughts on “Watch These Videos!- Thank You Brian Cashman and Aaron Judge For Providing The Jet Fuel To Propel the #RedSox Past The #Yankees In Te #ALDS #DoDamage”