Our little injured chick is hanging on. Crystal from the Cummings School of Veterinary Medicine phoned to report that she fed him through the night. He remains on supportive care and is being given antibiotics and pain medication. Little chick has been moved to a heated incubator. The veterinarians are again stating that prognosis is unpredictable.

What are these things called wings?

Meanwhile, these two chick were having an easier morning than usual. There were no fires, dogs, or beach rake, and with the cooler temperatures and overcast skies, many fewer people. PiPl super volunteer monitor Hazel came by with flyers of the injured chick and she posted them around the beach, hoping to help people understand why we need to be on the look out for chicks afoot. 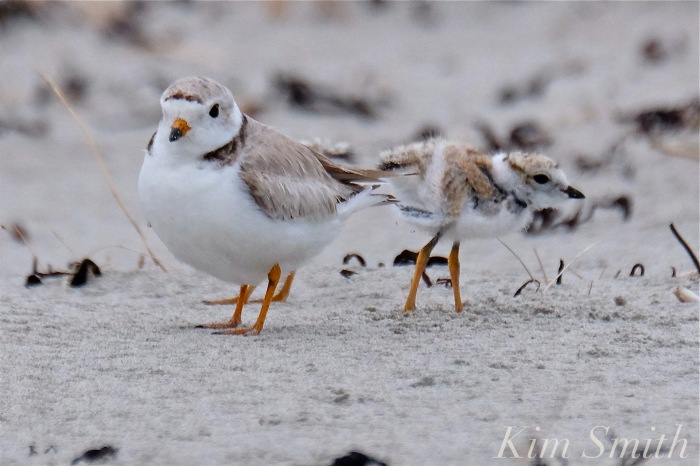 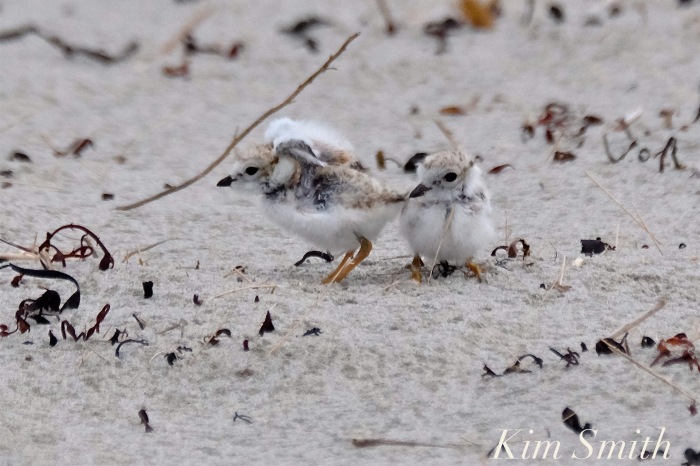 I wonder what a baby bird think of its funny little appendages that will soon grow into beautiful wings?

Not a great deal of information is known about when exactly PiPl fledge. Some say 25 days and some reports suggest up to 32 days. In my own observations filming a PiPl family last summer on Wingaersheek Beach, the fledglings could not fly very well until mid-August. The PiPl fledglings and parents maintained a family bond through the end of August, even after it was becoming difficult to tell whether they were fledglings or adults. All during that period, the fledglings appeared still dependent upon the adults, who were still parenting, for example, offering distinctive piping instruction especially when perceived danger such as joggers and dogs were in the vicinity. 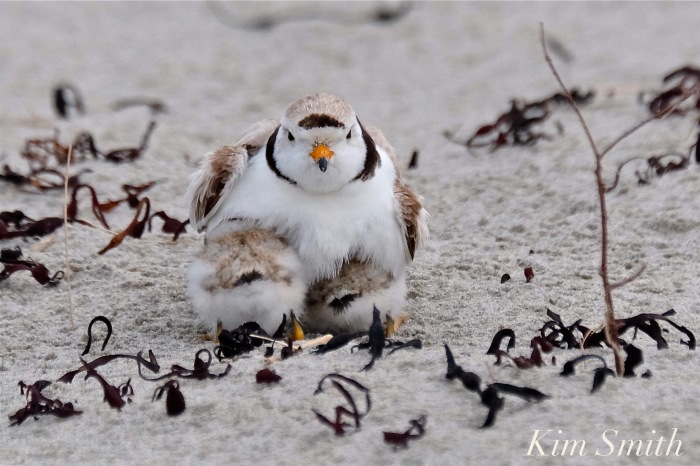