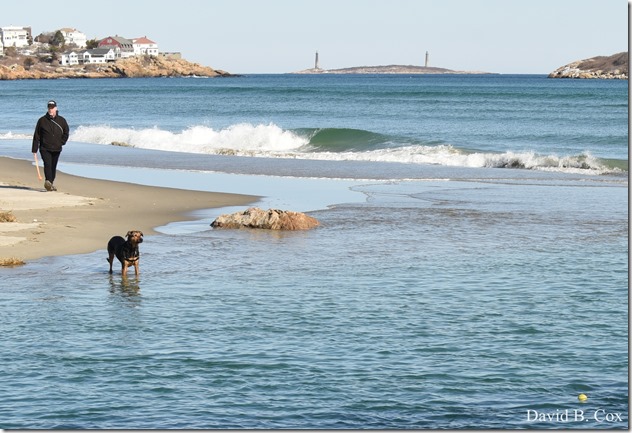 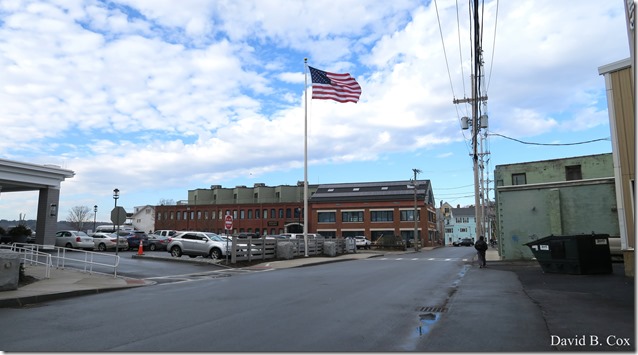 Love my days with our sweet Charlotte

The Orchestra on the Hill Chamber Players

In the Historic (1806) Gloucester Meetinghouse

On Saturday it was 42 degrees and the sun  was out and felt like a spring day.  The ocean and sky were very blue with the snow on the houses over at Rocky Neck.  It reminded me of our New England interesting weather.

Knowing how much Gloucester fans enjoy history and hearing when it’s integrated into the school curriculum, I thought GMG readers would like to know about a Local History Trivia game 2019 by Gloucester High School teacher, Shaun Goulart, AND to give it a go!

For the next six weeks I’ll post local history trivia questions from Shaun Goulart’s creative weekly scavenger hunt project for his 9th grade history class at Gloucester High School– except we’ll be one week behind the students’ pace. He explains that the “questions are multi-layered and usually have an image required in the submission. All questions will deal with Gloucester’s local history. I recommended to the students to utilize friends and family so your student may be reaching out to you for help. It is a competition and the prizes will be calculated into the Term 4 grade” for the students. No thoughts about what the prize could be for this tandem run.

I’ll post the quiz just after the students’ weekly deadline, and post the answers the following Wednesday. Leave your answers in the comments below( or email) — first all correct submission will earn top points.

The GMG point structure for Shaun Goulart’s local history trivia hunt 2019 will be as follows:

1)In 1848 a blacksmith named Nathaniel R. Webster started a company by damming a local brook. What did the brook become known as?

2)What did Webster’s company become known as?

4)Take a picture of the street named after him with a member in it.

5)What is in place of the brook today?

6)Take a picture at the location of the old dam with a member in front.

7)A competitor to Webster named Francis W. Homans in 1876 created a 32 acre man-made lake. What is the lake known as?

9)What year did the two companies merge?

*We’ll see how the photo part plays out. Maybe there’s a bonus for great photos 🙂

Here’s your opportunity to help in a really meaningful way. Bonus: there’s also a Game of Thrones incentive to consider! You can even make your appointment online!

Katherine Morrison who makes really weird small books of all shapes and sizes from feather and fish to ghouls and origami.

All this month at the Gloucester Sawyer Free Library, a big glass case as you walk in.

Darth Vader: “You have a sister!”
Me: “Well shoot Darth I got a few of those and brothers too. We’re all crazy so back off baritone breath.”

Photos posted to Good Morning Gloucester nepotistically. If that isn’t a word it should be. 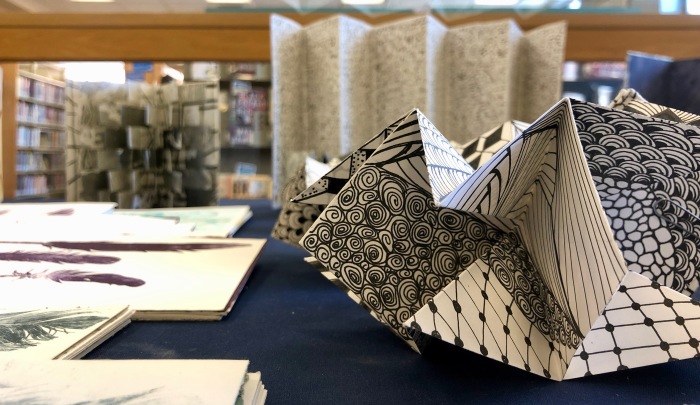 Amazing light in the late afternoon as meteorological spring has sprung. 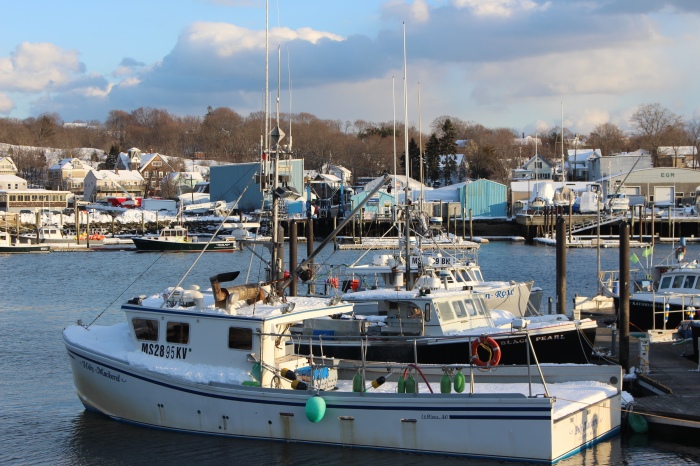 Even though we’ve been walking an extraordinary dinary amount every day I wouldn’t do it any other way. It’s the best way to experience each neighborhood.

The vestibule leading to our apartment on Rue de Lille-

Yesterday was calling for rain at noon for an hour then clearing. So we took the umbrella but didn’t use it on our walk from our apartment on Rue de Lille, next to Musee D’Orsay, down Rue de l’Université through the Esplanade Des Invalides and further to the Eiffel Tower. (Please forgive all the spelling mistakes the last few days. It takes a while and I’m trying to bang out the daily journal before Kate wakes up).

It was a little chilly after we stopped walking and were waiting on cue to get tickets for the car ride to the summit of the Eiffel Tower. Originally we were going to eat on the second floor of the tower but it was sold out for 12:30 and we didn’t want to stand around in the cold til 1:30 for the picnic at the restaurant “58”. As it turns out because we didn’t advance purchase tickets and we waited past the 1:30 in cue for the summit tickets so we could have done the picnic on the second level and it would have been less time waiting. At all the other attractions on this trip we purchased online tickets while we were en route with no problem but the picnic option was a bit confusing if it also guaranteed a seating so that was the deciding factor for us to pass.

The line was long but I’m glad we waited. The views were spectacular and the cart that brings you up was an experience in itself.

We were pretty hungry as it was about 2 PM when we finished up at the Tower and we hadn’t eaten so we started to make our way back to the neighborhood just south of Pont Neuf in Saint Germain Des Pres. That was one of our favorite neighborhoods -Rue de Buci on the left along with Rue Montorgruel on the right bank.

Along the way one of the many artists that particularly caught my eye was the gallery of Claude Boullé. His work reminded me of our friend Regina Piantedosi’s caustic work. 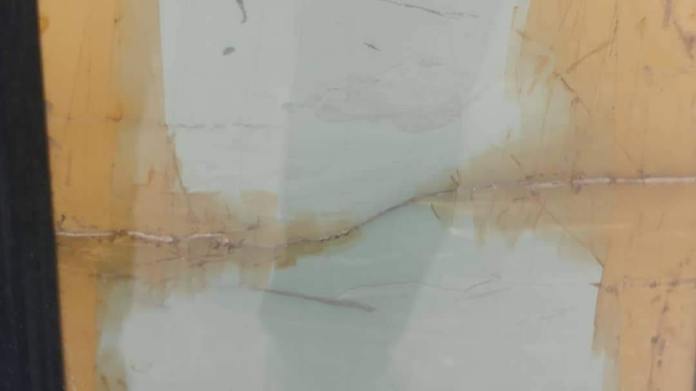 Late lunch was at Cafe De Paris, Kate got a salad and I got the fourth Entrecôte of the trip. Kate’s found a love for an Aperol spritz. I got to try a new bourbon that I read was a good one, “Monkey Shoulder” and it was great. I’ll be looking for it back home. People doing the no carb diets that are all the rage in the States should not come to Paris. The bread is just too good to resist and the incredible bakeries are on every street.

After lunch we walked across Ponte Neuf to the right bank so Kate could do some more shopping. She got another sorta retro jacket and we walked in and out of a bunch of shops along Rue Rivoli. I tried on a Stetson flat cap at one of the shops and passed on buying it because it was a little pricey and I’m regretting it. I could of course get something similar in the States but I liked the feel and color and material of this hat and it reminded me of the brown wide corduroy flat cap which was the only thing I took of my a Grandfather with the wharf (Captain Joe) when he died. I still have that cap and it still smells like him. I miss him and early this morning I woke up and was thinking about how great a man he and my grandmother Felicia were. How their house was so loving and welcoming even though he was such a larger than life guy. I shoulda got that Stetson flat cap and maybe somebody would have kept it after I die sometime down the road.

Anyway, after shopping we were close to 8 miles on our feet and we headed back to the apartment to freshen up before our last dinner in Paris.

Dinner was at Le Flores and looking across after dinner and laughing with my beautiful Kate I couldn’t believe how lucky I am to share this trip with her.

Join us next week to help us celebrate our 10 Year Anniversary! Visit our website to view our special throwback menu and daily specials that we are offering for March 11th through March 15th. 🍾