Warm up with a Jazz Brunch at Feather & Wedge this weekend. Ipswich-based guitarist Harry Wagg. Harry will be performing a variety of traditional jazz, contemporary classics and original tunes! 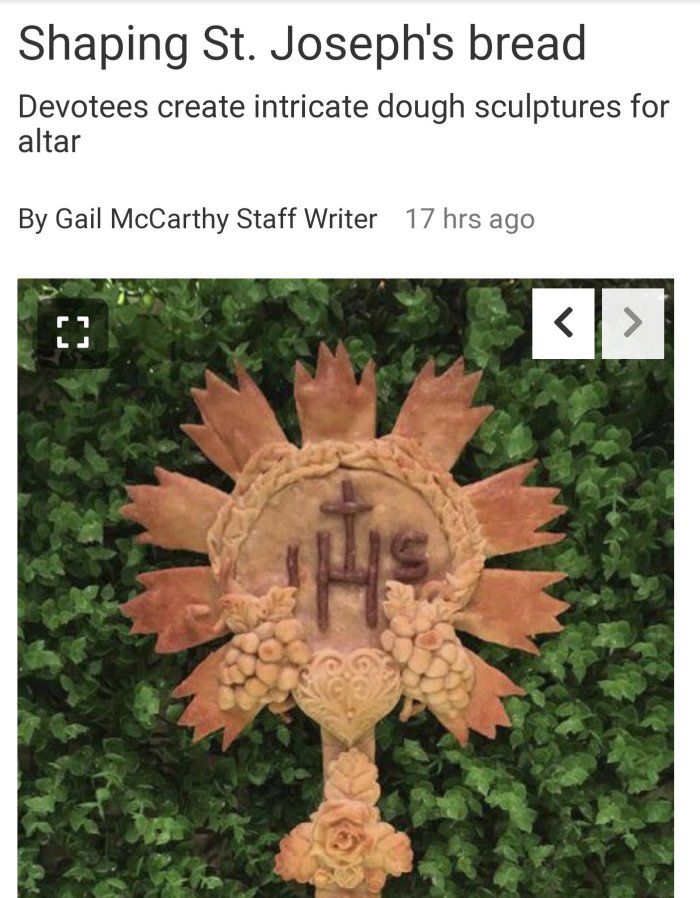 After the storms, there was plenty of beauty to go around. If you were careful taking your steps! Imagine how different it will look in just a few weeks. 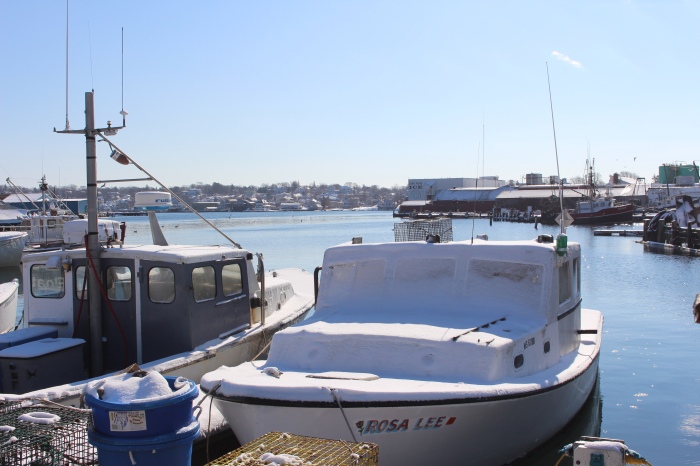 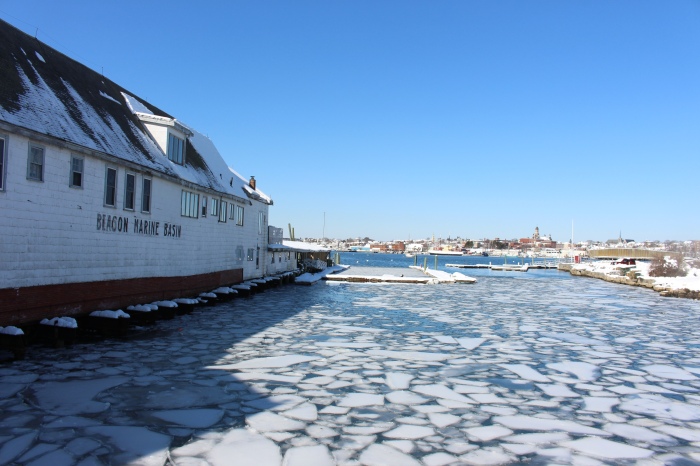 The Metro really is awesome, especially using the Citymapper app.  It takes the fear of getting lost right out of the equation.  The Citymapper app asks you where you want to go, determines your location and gives you roughly ten different options-walking, bus, train, Uber, and others.  It shows you on the cellphone map as you go along the route with the direction you’re headed. I highly highly recommend it, even if you’re just using it walking around Boston.  It will always be downloaded on my phone.  Available for iPhone and Android.

We took the double decker train from Musee D’Orsey straight into Versailles.  Easy-peasy.  Especially considering the the station is a couple hundred yards from our apartment.  From there it’s a short walk to the opulent Versailles. Stopped off on a side street for a quick gyro from one of the many restaurants and then got to the gates of Versailles.  The line looked outrageous, as if we’d never get in but it went pretty quickly and we chatted with some American and Canadian students that were studying in Berlin and they had a couple of months to travel Europe.  God bless them for taking this time of their life to do what they probably wouldn’t have a chance to do until they’re really old.  Grabbing life by the horns, love it.  I’ve now been to Spain, Italy and France in Europe and can’t wait to see more of the world.

The palace is so over the top it makes you wonder where the wealth came from.  Floor to ceiling marble, gilded woodwork everywhere, statues, enormous gardens, it must have been wild living in those days if you were royalty.

When reading travel guides and listening to Paris travel videos on YouTube before we came every single guide said to watch out for pickpockets.  I’m talking probably 30 different things read or viewed and they all mentioned pickpockets.  When that many people mention it, you gotta figure it’s a thing to be aware of.

This was day five and occasionally you’d see a sketchy person but NO DIFFERENT THAN ANY OTHER BIG CITY including Boston.  In Paris most people walking around are people of means and dressed very nicely.  Up to this point we hadn’t had any experience with the pickpockets.

So we settle in on the train back to Paris.  Kate keeps her handbag zippered and in front of her and I keep my wallet in my front pocket.  By the way there’s no need to carry large sums of money abroad.  I’ve used my debit card everywhere.

Anyway, we’re settled on the train for the ride back to Paris and the car where in starts to fell in.  We start to chat with an Iranian guy who I wouldn’t have known he was Iranian if he didn’t tell us, I’d have thought he was French.  A group of teenage girls probably 18 years old starts to pass through our car.  They looked like any other teenage girls would look.  Not dressed any differently than my own daughters.  The Iranian guy who was very nice to talk to suddenly erupted and started yelling at the young girls to get out the car.  He started yelling”Gypsies! Get out of here! Pickpockets!  Pickpockets!” It was startling to us and the other passengers.  The band of regularly dressed clean looking teenage girls turned the other way and left our car.  At the next stop he told us to look out the window of the train, that we would see them.   The train starts pulling away from the stop and the pickpocket girls we’re running along side the train smiling and giving the Iranian guy the finger.  The entire train car gave the guy that just startled them a big round of applause.

he told us,if you’re not aware and don’t take simple precautions like keeping your bag zippered and in front of you and not open your wallet in front of them to give them a Euro or two you can be safe with precaution.  But if you’re dumb they are professionals that have never gone to school and all they know is this life.  I understand that this story will turn people away because it’s a scary thing to think about, but in my opinion  this is a non factor if you just use common sense.  Cities like Paris or Rome are so beautiful and full of beautiful friendly people.  We’ve had such great conversations everywhere we’ve been and all we’ve talked about is wanting to go to more places.

I can see someone reading about the pickpockets and saying to themselves “I’m never going there.” But you’d be missing out on so much and all it takes is a little precaution.

It’s the same way about traveling to Mexico.  I feel safer in Playa del Carmen than I do on the streets of Boston but there a shooting in Mexico and the press makes it seem like there’s people on the street ready to kill you.  I bet there’s more murders in the a City of Boston and it’s not going to deter me from traveling there.

So he headed back to Paris, specifically Rue de Montorgruiel, the pedestrian street with all the markets and cafes.  We stopped at Bianco Pizzeria and got the most incredible antipasto plate ever with roasted vegetables, cheeses and bread.

After stuffing ourselves  with the antipasto and doing some shopping we took the Metro home to freshen up and later headed to the Champs-Elysees for dinner and a bottle of wine. 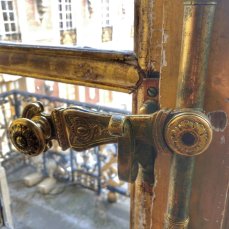 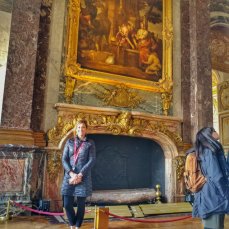 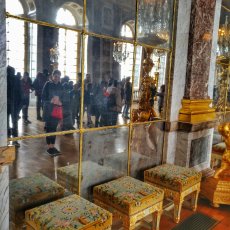 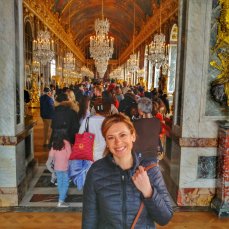 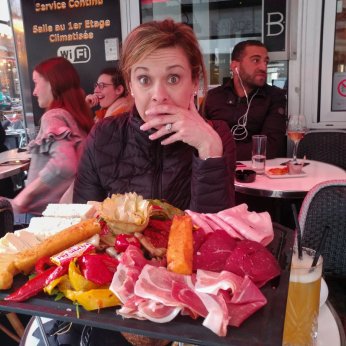 No pre-requisite necessary. Come with an open-mind and open-heart!

Contact Us for Details and to Register – 978-283-4258 or Email: info@dreamtimewellness.com

Usui Reiki Ryoho – a Japanese Healing Art/Method that originated in 1922 with Founder USUI Mikao Sensei of Japan. Komyo Reiki System: A Keep It Simple system of reiki as taught by Buddhist monk INAMOTO Hyakuten Sensei, based on Japanese aesthetic – Less is More.

Who: Gloucester families and kids of all ages. Admission $5/family at the door.

What: The Power of Play Festival – a fun day of art, games, slime-making, gymja, legos, obstacle courses and so much more!

Research shows that play helps kids develop the critical thinking, communication, problem solving and collaboration skills that prepare them for life-long success. So let’s move, build, climb, create and have fun together!

Gloucester Education Foundation works with parents, teachers and community volunteers to drive innovation in the Gloucester Public Schools. We support programs ranging from music and theater; to literacy and art; to technology, math and science. www.thinkthebest.org