Go Here For Part One

The return of Mama and Papa Piping Plover to Good Harbor Beach filled our hearts with hope and heartache. Although not tagged with a definitive id, we can be fairly certain they are the same because the pair attempt to build their nest each year within feet of the previous year’s nest. Not only did our returning pair try to nest on Good Harbor Beach, there were two additional pairs of Piping Plovers, and several free-wheeling bachelors. 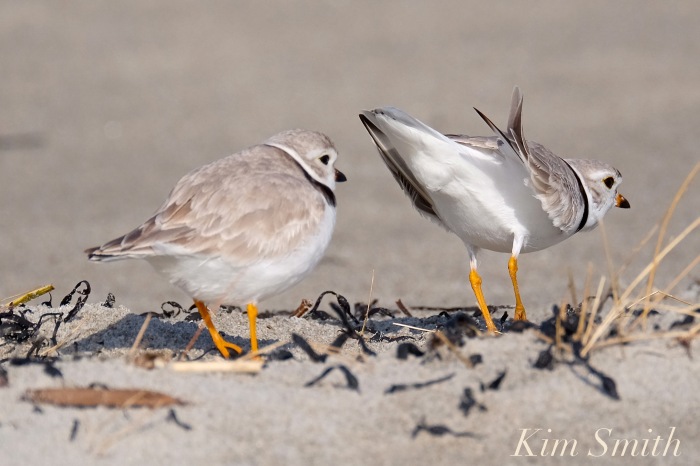 Papa and Mama courting, building a nest scrape, and establishing their territory on the beach.

The PiPls are forced off the beach by dogs running through the nesting area. They begin building a second nest in the Good Harbor Beach parking lot.

Each spring the Good Harbor PiPl have returned earlier than the previous, which show us that the pair is gaining in maturity, and in familiarity with the area. Tragically, at the time of their arrival in April, dogs are permitted on the beach. Dog traffic running through the Piping Plover nesting area was unrelenting, despite signs and roping. The Plover family never caught a break, and were soon making overtures at nesting in the parking lot.

Even with desperate calls for help and repeated warnings from the Piping Plover volunteer monitors, owners continued to allow off leash and on leash dogs to run freely through the PiPl’s nesting area, daily forcing the PiPl off the beach. They were at first torn between maintaining the territory they had established on the beach or establishing a new territory on the white lines in the parking lot. After one particularly warm sunny Sunday in April, they gave up completely on their beach nest scrape.

We learned that during the month of April, dogs at Massachusetts barrier beaches, such as Good Harbor Beach, not only endangers the lives of threatened Piping Plovers, but many species of migrating and nesting shorebirds. 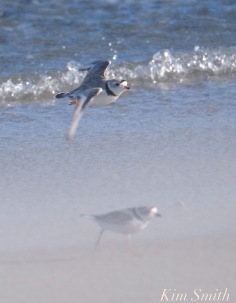 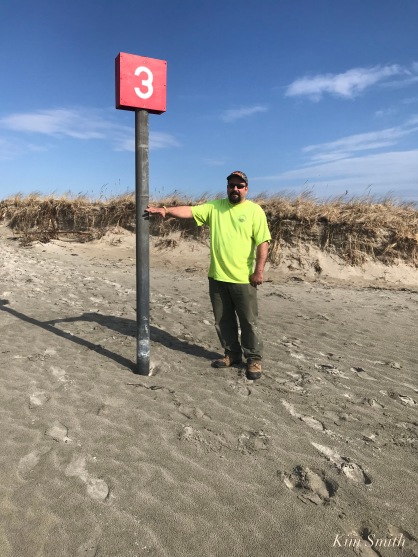 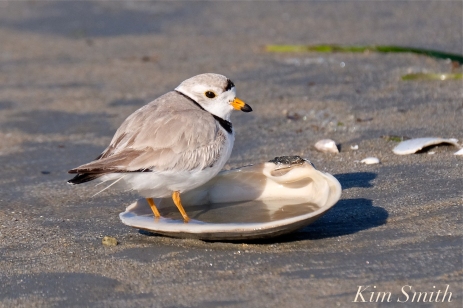 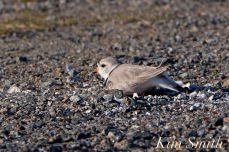 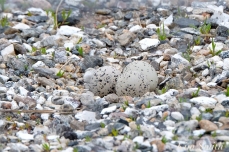 No shortage of vandals.

Garbage left on the beach brings predatory gulls and crows and they, too, became a serious threat to our Piping Plover family after the chicks hatched. The lack of a common sense ordinance to keep dogs off Good Harbor Beach during the month of April, the unaware dog owners, the garbage scavenging gulls and crows, and the vicious vandals are absolutely our responsibility to better manage and to control. For these reasons, and despite the kindness and care of dozens of PiPl volunteer monitors, as well as good people from around the community (and beyond), the Piping Plovers face terrible odds nesting at Good Harbor.

Scroll down to the end of the post to find links to some of the dozens of stories that I have written about the Good Harbor Beach Piping Plovers. Many communities throughout Massachusetts and coastal New England have in place common sense management rules and are successfully fledging chicks. I wrote about that extensively during the summer months and you will find a list of the posts regarding that topic in Part Three: Summer. 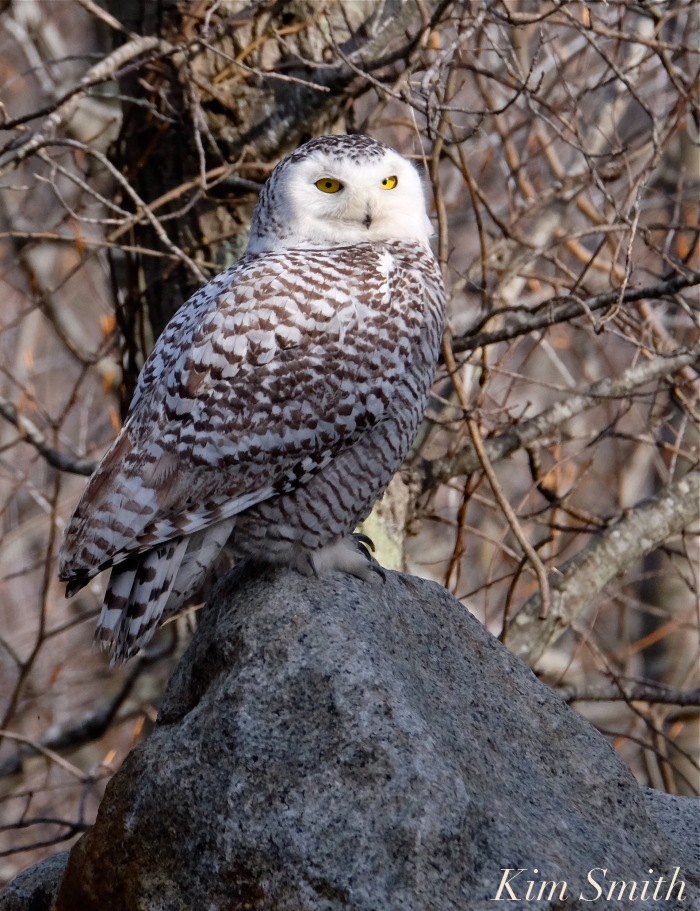 Most of the Snowies from the great Snowy Owl irruption of 2017-2018 had departed for their Arctic breeding grounds by the time the Piping Plovers arrived to Cape Ann beaches. This was a relief as I imagined that the Piping Plovers might make a tasty meal in the mind of a Snowy Owl. Thinking we’d seen the last of Hedwig and all Snowies, Bob Ryan called to let us know there was a Snowy Owl hanging around the distillery. I jumped in my car and raced right over. She appeared in good health and stayed for a day.

We did learn weeks later that during July and August there were still a few Snowies remaining on Massachusetts beaches and, from examining their pellets, it was clear they had been eating Piping Plover adults. 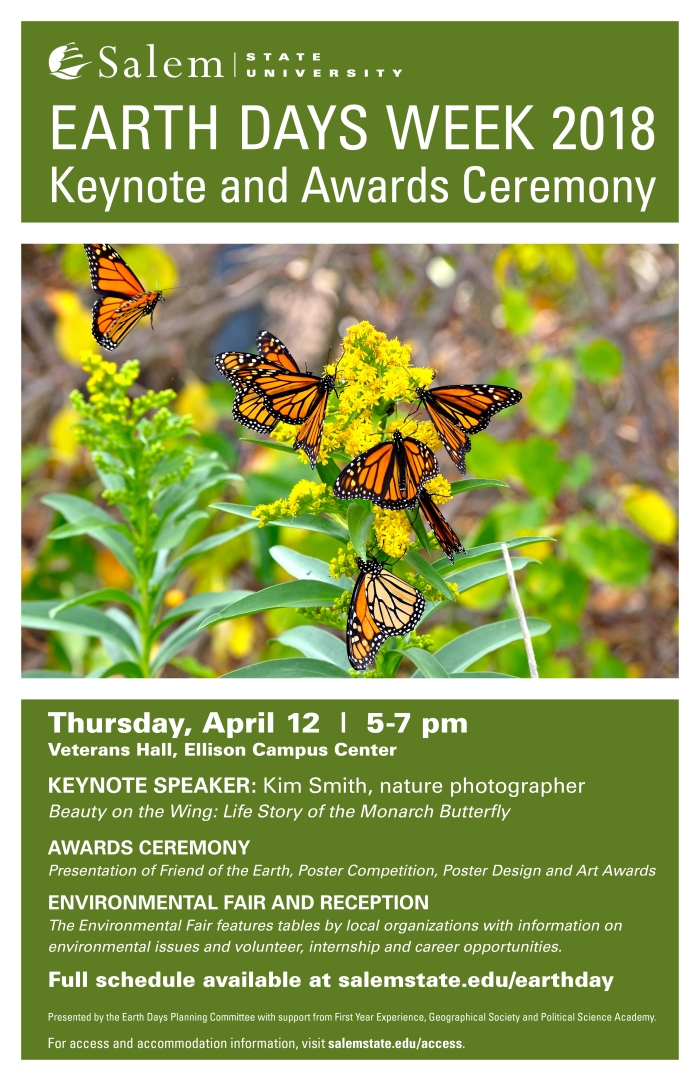 I was deeply honored to receive Salem State University’s Friend of the Earth Award. 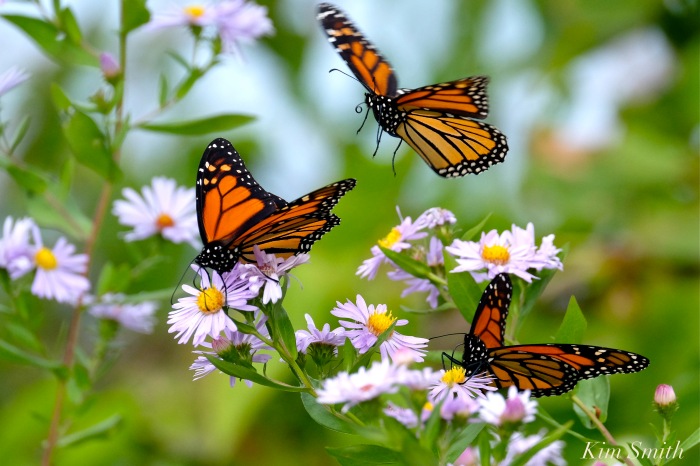 and to give my conservation program about the Monarch Butterflies as their keynote speaker.

In May, three Wilson’s Plovers were spotted briefly on Good Harbor Beach. This was a very, very rare northern sighting, especially so as there were three. 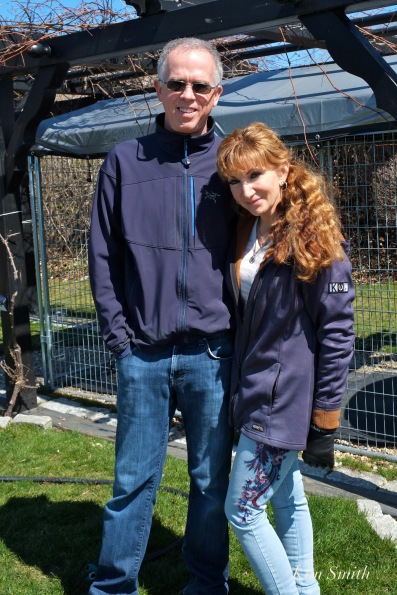 The Young Swan of Niles Pond was released by Lyn and Dan, only to lose his life later in the spring. 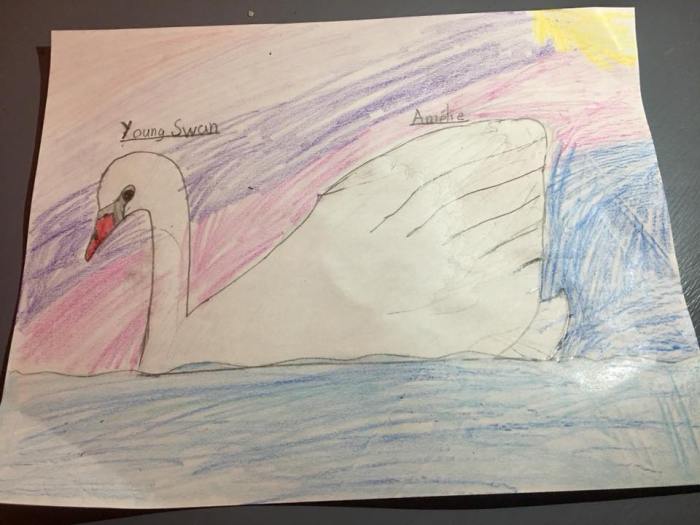 Amelie Severance sent us a lovely and detailed drawing of the Young Swan. 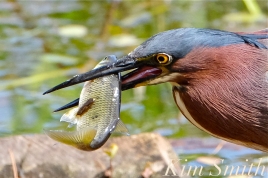 A fabulous Green Heron was photographed and filmed on an area pond–signs of a great summer season for all species of herons, yet to come. 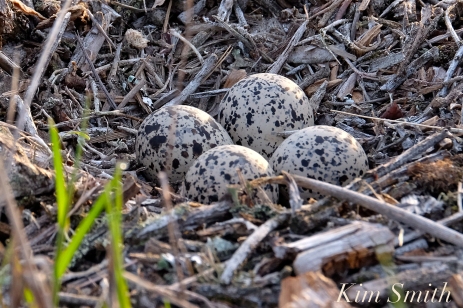 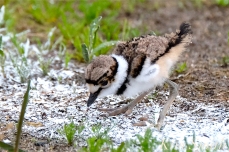 For the past several years, at least, Killdeers, which is another species of plover (although not endangered) have been nesting in the dunes at Good Harbor Beach. This year we had, at a minimum, two successful nests! 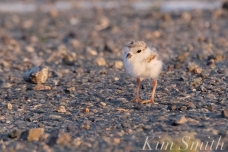 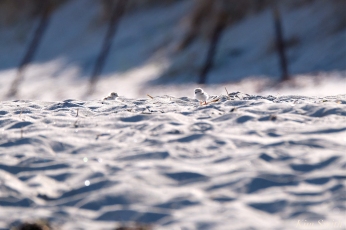 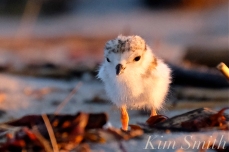 All four chicks hatched and, at only one-day-old, made the epic journey to the beach. Miraculously, four teeny tiny mini marshmallow-sized baby birds, led by Papa and Mama, zig zagged across the parking lot, trekked through the dunes, and landed within feet of the parent’s original nest scrape.

Only one chic, the one PiPl volunteer monitor Heather names Little Pip, survives into summer. 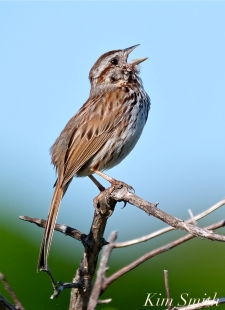 Piping Plovers Driven Off the Beach

Fencing is Urgently Needed for the Piping Plovers

How You Can Help the Piping Plovers

Gloucester Celebrates Earth Day With Great News: Lyn and Dan Release the Young Swan Back to the Wild

Piping Plovers and Thoughts About Signs, Dogs, and Why We are in This Predicament

Heartbreaking to See the Piping Plovers Nesting in the Parking Lot

Breaking: Two Eggs in the Nest: Shout Out to Greenbelt for Installing the PiPl Wire Enclosure

So Sorry to Write Our Young Swan Passed Away this Morning

Debunking Piping Plover Myth #4, Winthrop Beach is Amazing, and Lots of Sex on the Beach

Piping Plover Makes the Epic Journey to the Beach

Good Morning! Brought to You By the Fiercely Patient Green Heron

Shout Out to Gloucester’s Animal Control Officers Teagan and Jamie!

Our Third Piping Plover Chick was Killed This Morning

What Do Piping Plovers Eat?

Happy Father’s Day, Brought to You By Papa Plover

One thought on “CAPE ANN WILDLIFE 2018: A YEAR IN PICTURES AND STORIES Part Two: Spring”