I’m really not sure how much I could thank the person/s involved in putting this thing together but I’m going to give daily guesses til I figure it out. Reason- David naturally works with wood and has been a FOB for a while.  He was one of my original suspects but yesterday’s comment he left on the post- “What happened?  It wasn’t there this morning.” Leads me to believe he could be involved.  The sign was installed under Captain Joe and Sons sign under the cover of darkness and taken down before noon.  It was there when I got to work in the morning.  The photo we took was with the sign in the office.  So how did he know it had been displaced?   hmmmm  This places him in the number one suspect slot. Bex if anyone saw her on the campaign trail knows by that Ace Hardware shirt she proudly wore during her campaign video as well as during the debate so she would have access to the type of hardware that was attached at the top of the sign.  Bex  is also very creative and not afraid of working with tools.  The reason I add in our long lost pal Ed Collard is because Ed is “The original” handyman and was working with Bex on her campaign for  ward 1.

Would you just look at all three photo suspects- all scream guilty as hell.

So there you go.  Anyone else care to venture a guess? 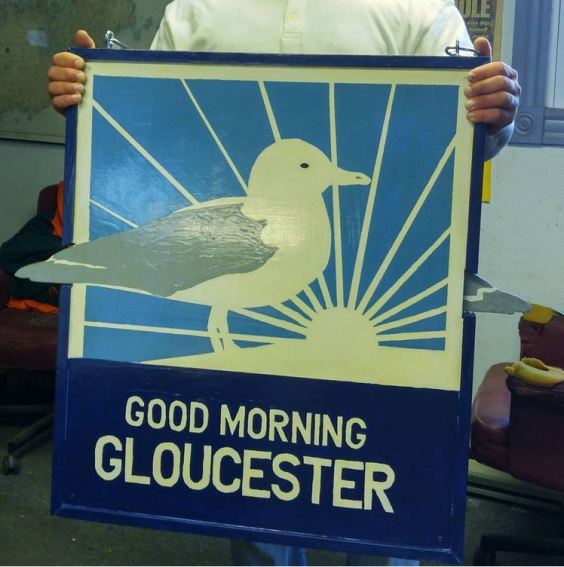