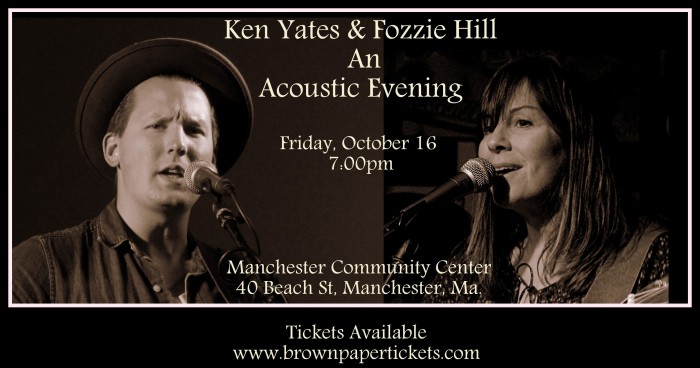 Guests are welcome to bring their own snacks and beverages to this performance.

Born and Raised in London, Ontario, Ken Yates moved to Boston to study songwriting at Berklee College of Music. It was there that he developed his skills as a songwriter, releasing his first album, “The Backseat EP”, and received the opportunity to play a song for one of his biggest influences, John Mayer. Mayer then posted a full page blog about Yates’ ability as a writer stating, “Ken Yates wrote a song called ‘I Don’t Wanna Fall In Love’ this song moved me when I first heard it and still does today”. Yates’ EP received high critical acclaim, leading to a slew of online covers from fans. He has toured with many notable names including veteran singer/songwriter and mentor, Livingston Taylor, Sister Hazel, Peter Katz, and Liz Longley and has songs in heavy rotation on Sirius XM’s The Coffee House where he was nominated for The Coffee House Songwriter Discovery of the Year. He was recently chosen as The 2014 Colleen Peterson Award winner by the Ontario Arts Council for his song “The One That Got Away”.

“Want to hear a great song? (I mean a REALLY great song?)” John Mayer, one forty plus taking about Yate’s “I Don’t Want to Fall in Love”

Fozzie Hill is about as authentic as one can be. Born and forever rooted in Gloucester, her ambition from the age of seven, when she first remembers being drawn into the deep mystery of the human voice, has been to ” release that power inside” of herself.

When friends and neighbors insisted that she share her gift, and after a dear friend challenged her to learn three songs on guitar, and when she did, gifted her with that guitar- (her first,) she began performing as a young woman in the 1970 and 80s in Boston at the Cantab Lounge, Johnny D’s, the Tam.

Now, decades later, with a CD (“AKA Fozzie, Alberta Hill,” 2003) produced by Geoffrey Richon and Rose Osborne and many of those Gloucester friends who “cared enough to get under my skin,” Fozzie is again performing her intuitive, soulful music, as a popular regular at Gloucester’s Rhumbline with her bass player Wolf Ginandes.

She turns a barroom into a listening room with her own covers and original songs influenced by a diverse array of musicians such as Lucinda Williams, Bob Dylan, Donovan, John Sebastian, Ferron, and the Rolling Stones.

Boston-area bluesman Larry Carsman recently said of Fozzie Hill, ” Count me in as new member of Fozzie’s fan club. She was so magical, I felt transformed.”

I am a live music advocate and seek to share the news of bands playing at local venues in my home town. Being drawn to blues mostly but embrace all kinds of music. One does not have to go over the bridge to hear some real fine tunes, however there are some bands that draw you elsewhere. I hope this blog is a good use to you as it is to me. Enjoy, Joanne View all posts by Joanne