Gorgeous sunset over Gloucester Harbor and Rocky Neck, with the colors of the sky flowing from red hot reds and oranges to soothing shades of violet pinks and blues.

Within moments, the sky hues changed from orange to violet. 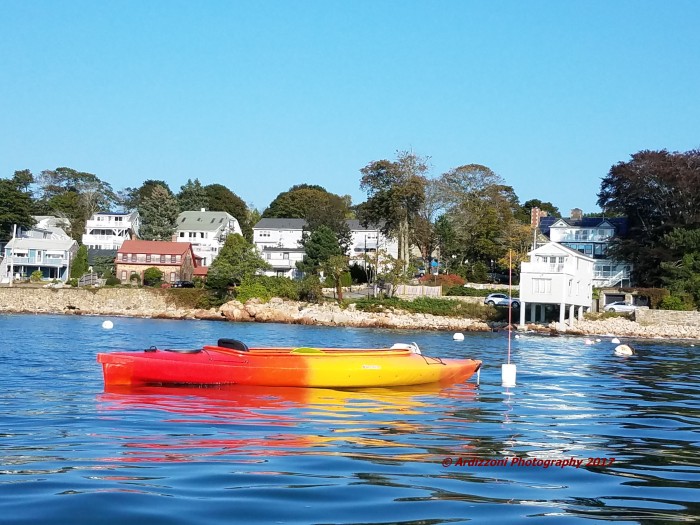 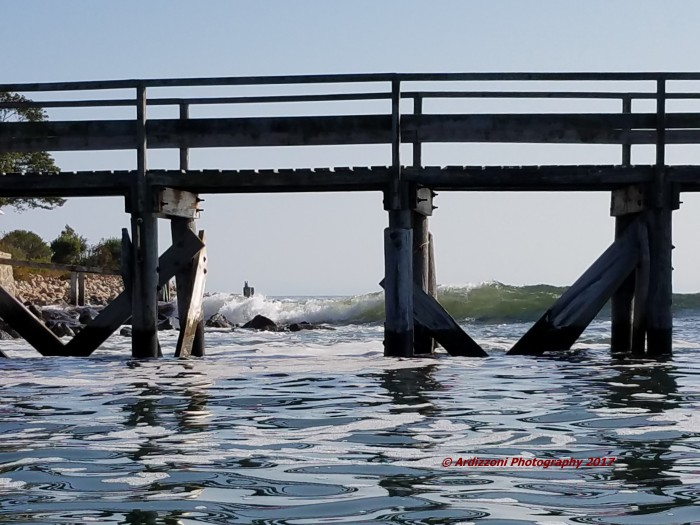 After work on Monday decided to go kayaking in Magnolia Harbor.  You can see the remnants of all the tropical storms out at sea.

Backyard Growers writes, “WHAT A NIGHT! Our sold-out Great Gloucester Growdown fundraiser last night was everything we could have hoped and more: a group of amazing people came together for a night of wonderful food at Short & Main, incredible music by SAFETY, and generous support of our school and community programs. All together we raised over $20,000 and the 7th graders at O’Maley will be getting a new wheat garden this year! THANK YOU to everyone who came out and dug deep. We are so lucky to have all of you partnering with us in this work. Special shout out to our fab event planning committee: Muffy Lake White, Karen Uhrowczik Harrison, Julie Lake, Sophie Ella Courser and Amelia Monday.”

To donate to Backyard Growers visit their website here.

To see more instagrams go to my twitter page here. 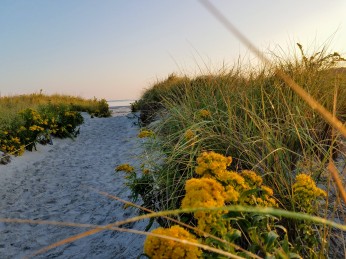 September 26, 1852
The increasing scarlet and yellow tints around the meadows and the river remind me of the opening of a vast flower bud. They are the petals of its corolla, which is of the width of the valleys. It is the flower of autumn whose expanding bud just begins to blush. As yet however in the forest there are very few changes of foliage.

September 24, 1852
…Am surprised to find, by Botrychium Swamp, a Rhus Radicans* …, – growing in the midst of a clump of barberry bushes which it overhangs. It is now at the height of its change, very handsome scarlet and yellow, and I not at first know what it was.

October 24, 1858
The brilliant autumnal colors are red and yellow and the various tints–hues and shades of these. Blue is reserved to be the color of the sky**, but yellow and red are the colors of the earth flower. Every fruit on ripening, and just before its fall, acquires a bright tint. So do the leaves–so the sky before the end of the day, and the year near its setting. October is the red sunset sky–November the later twilight…The scarlet oak…is now in its glory…Look at one completely changed from green to bright dark scarlet–every leaf, as if it had been dipped into a scarlet dye, between you and the sun. Was not this worth waiting for? Little did you think ten days ago that that cold green tree could assume such color as this.

*Rhus Radicans is poison ivy  **and the sea all around us

Log entries focused on Thoreau’s observations of flowers in Concord, MA, are gathered together into a wonderful volume, ed. Geoff Wisner.

September 19, 1854
Thinking this afternoon of the prospect of my writing lectures and going abroad to read them the next winter, I realized how incomparably great the advantages of obscurity and poverty which I have enjoyed so long (and may still perhaps enjoy). I thought with what more than princely, with what poetical leisure I had spent my years hitherto, without care or engagement, fancy free. I have given myself up to nature. I have lived so many springs and summers and autumns and winters as if I had nothing else to do but live them–and imbibe whatever nutriment they had for me. I have spent a couple of years, for instance, with the flowers chiefly, having none other so binding engagement as to observe when they opened. I could have afforded to spend a whole fall observing the changing tints of the foliage.

A Barry Moser whale drawing is featured on the Gloucester HarborWalk whale marker. 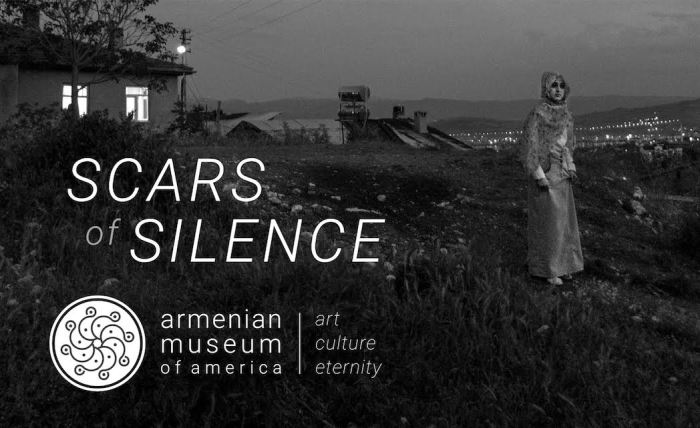 Join us for the opening of our FIRST EVER multimedia art installation at the Armenian Museum of America in Watertown MA! The opening reception and gallery talk will be held on Thursday, September 28 from 6 pm – 8 pm. The show includes excerpts from our film and beautiful black and white prints by Nubar Alexanian from his last trip to Turkey in 2015. We look forward to seeing you there!

As I was walking Rogers Street, noticed some issues around and also in the parking lot.

We can park in St. Peters Square

This is a good girl. We love this girl. Her name is Toni Ann
Enes, and she is our #1 Soul Sister. Come early, get a good
seat, order a drink and some grub, sit back and close your
eyes. Remind yourself why you live here… or, better yet,
let Toni Ann do it for you! ~ Fly
Dinner with great music!
*Each week features a special, invited musical guest
The Rhumb Line Kitchen……now features Janet Brown with some new and healthy ideas!
Plus a fine, affordable wine menu!
Upcoming…
10/4 – Orville Giddings

Retired Police Chief from Connecticut in the Garden

I was super lucky to be able to sneak away from home/work with two pretty excellent peeps for a girls’ weekend away.  “Spa?” you may ask.  “Shopping?” “Beachfront vacation with a good book?” “Wine Country?” Nope. Nope. Nope….and Nope.  Three days in Kentucky at the Bourbon and Beyond Festival….that’s right.

We knocked off a a trip to Churchill Downs from the Bucket List by sneaking in just in time for the last race of the day.  Placed a bet, won a bet, had a drink, met a jockey, and looked around the grounds.  We went to the Louisville Slugger Museum and ordered some fun things for our boys. We had several phenomenal meals, stepped up our drinking game, met our fair share of Uber drivers, stalked Top Chef’s Tom Colicchio and gave him a good laugh, and heard some really, really great music.  Highlights of the weekend’s music were Eddie Vedder, Stevie Nicks, Steve Miller, G Love and Special Sauce, Buddy Guy, Amos Lee, Band of Horses, Keifer Sutherland, and Steel Wheels….but there were many other artists on the bill as well.

Vendors, tons of food, so many drink options, live music on four different stages, corn hole, demonstrations, and lots and lots of laughs.  The Bourbon & Beyond Festival was no joke.  Huge kudos to the organizers of this phenomenal event for not missing a beat.  I was so impressed by the venue, the layout, the conveniences, the cleanliness, the efficiency, the talent, and the fun!

While it may not have looked like your typical girls’ weekend away….I wouldn’t have traded a second of it.  Thankful for the opportunity. Thankful for friends. Thankful for a husband and kids that held down the fort at home and let me get away. Thankful for some pretty great memories.

READ ALL ABOUT THE BOURBON & BEYOND FESTIVAL HERE 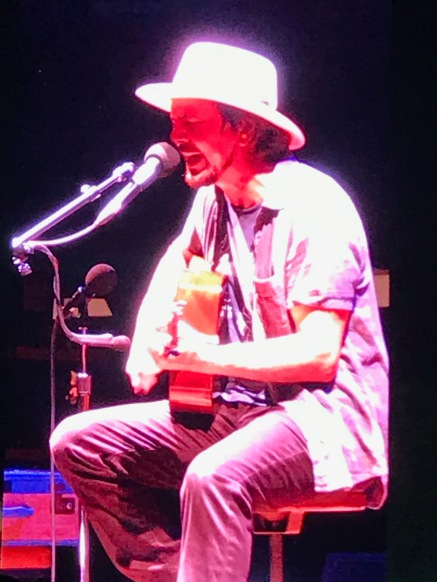 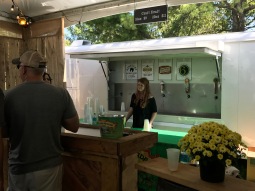 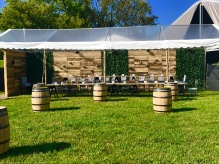 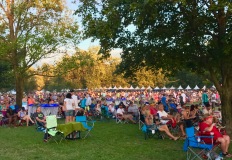 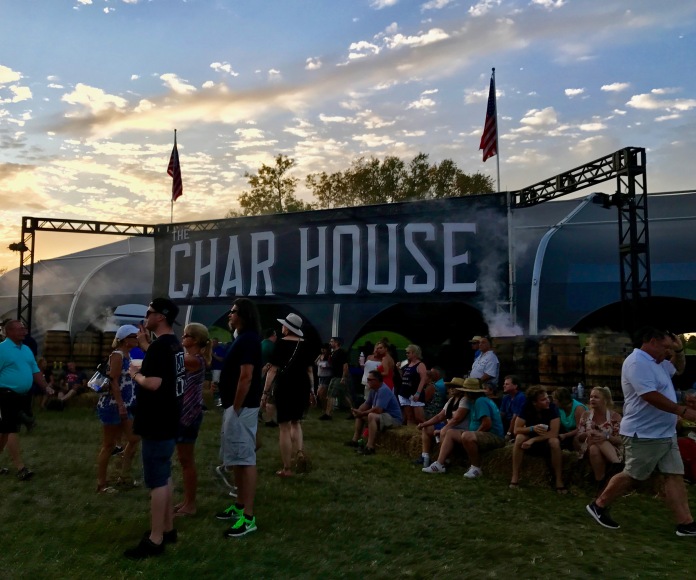 Like Loading...
Help Wanted
Cook-
Denmar Rehab in Rockport is looking for a full time (30 hours) cook to join our cozy healthcare kitchen.

Joshua Lane, Salem State student and Gloucester resident, will begin the 2017-2018 year as the new Student Government Association President, as elected by his fellow students.

Previously, Josh was a senator in the SGA, where he joined the budget committee which is tasked for dispersing the monies collected from student fees to all organizations on campus. One of the first projects he focused on was working with various departments on campus to give the responsibility of club sports to the Gassett Fitness Center. An initiative Josh began and continues to implement is the surveying of commuter students to understand the concerns and questions these students have and addressing any issues that arise.

“We are constantly looking for ways in which our organization can help change the campus community. Our organization is constantly striving to help students have a voice, but also feel comfortable, safe, and welcomed at Salem State,” he said.

Following the April 20-21 elections, Josh was sworn in on May 2. He hopes the new year can bring about changes to the university, which, he says are important to the students.

“I am really looking forward to the opportunity to help guide younger student leaders find their roles at our university. In the past few years SGA has been making great strides forward supporting initiatives that will help our university move forward, and I don’t want to see these stop,” Josh said.

Josh is majoring in Business Administration with a concentration in Entrepreneurship, and has been a member of the Rugby Team, serving as both its captain and president. He is an active member of the recently formed Club Sports Committee that has been tasked with overseeing the club sports teams at Salem State. Following his time at Salem State, Josh hopes to pursue his MBA. 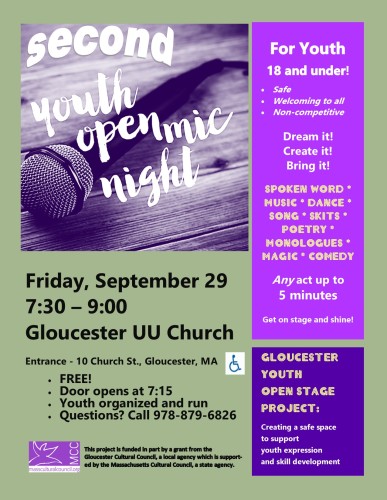 The Gloucester Youth Open Stage Project presents a second Youth Open Mic Night on Friday, September 29 from 7:30 to 9:00 in the community room at the Gloucester Unitarian Universalist Church, 10 Church St., Gloucester, MA. All young people 18 and under are invited to come share their talent – music, spoken word, interpretive dance, comedy, magic, whatever you do – up to five minutes. If you can dream it, bring it!