I was wrong to assume that because I predominantly write our hyperlocal blog for our Cape Ann residents that people would understand how preposterous the notion that you could have time to move all the lobster gear even if they knew where the lobsters were released and to set it and for those lobsters which were probably miles away from that location would ever get caught.

I was obviously wrong and people did not understand with the outlandishness of it all that it was a joke.

What I am happy for is that the releasing of the lobster story which would have been a simple story largely forgotten by now has gotten huge legs and all the positives of Buddhism are highlighted. For that I am grateful.

For those of you who would like to learn more about Chokhor Duchen click to find out.

You know the craziest part? So many people think I’m hatin on Buddhism, but I download a Buddhhism podcast from this guy that Lindsay Crouse recommended that I listen to- Lama Marut.
Check him out, the guy makes a lot of sense.
http://www.lamamarut.org/
also sign up for the upcoming Summer Retreat, here are our interviews talking about the upcoming 2011 Summer Retreat-

For More Info-
For more info-

Receiving the coordinates of where the lobsters were released the boys went out yesterday and hauled the lobster traps they set all over that ocean bottom and caught exactly 534 lobsters, the precise number the monks released.

Thank you and come again next year Mr Buddhist monks, we would like to invite you back again and again to purchase our lobsters and “restock the pond” 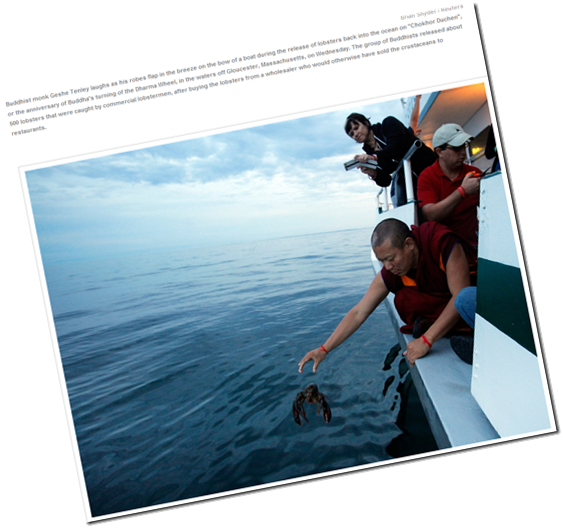 GLOUCESTER, Mass. — Instead of plunging headfirst to their death in a pot of boiling water, 534 live lobsters escaped the dinner plate and belly flopped to freedom into the dark waters of the Atlantic Ocean.

A group of Tibetan Buddhists flanked the sides of a whale-watching boat at dusk on Wednesday, sprayed the lobsters with blessed water, clipped the bands binding their dangerous claws and gently released them one by one into the deep water below.

Video coming from our boys, the crew of the mighty Degelyse- 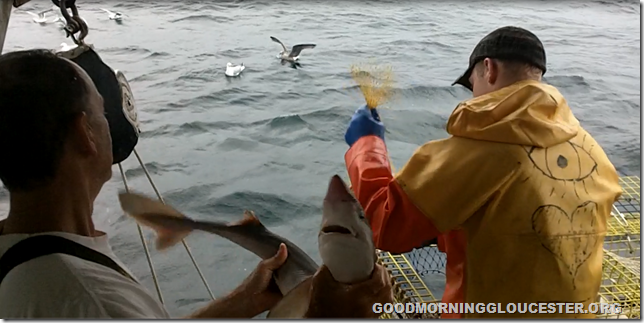 More pics and lots of video to come 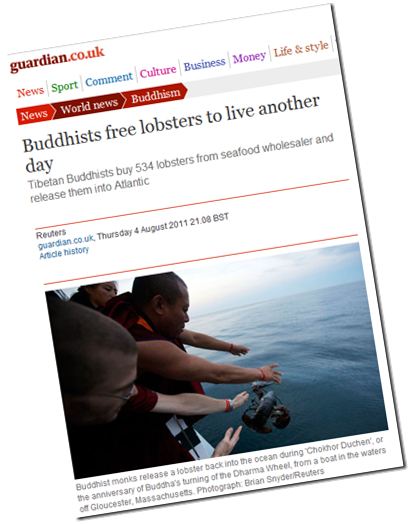