Will this winter bring an irruption of the Arctic raptors to the continental U.S.? A few clues from up north have Project SNOWstorm predicting yes.

Four years ago, thousands of Snowy Owls stormed the northern United States, taking up posts in surroundings drastically different from the flat Arctic tundra over which they typically preside. Some whiled away the hours peering at dog walkers from suburban fences; one learned to hunt around a Minnesota brewery with mouse problems. In a typical winter, around 10 Snowies visit Pennsylvania, but in 2013 the state was graced by 400. They were part of the largest Snowy Owl irruption, or influx of a species into a place they don’t usually live, the U.S. has seen since the 1920s.

If you missed it, you might be in luck. Project SNOWstorm, a volunteer-fueled Snowy Owl-tracking organization founded after that irruption, predicts another wave of Arctic raptors will hit North America this winter, according to their most recent blog post.

Scott Weidensaul, one of the directors of Project SNOWstorm, says the clues point to a big irruption, but the group also fully admits there’s no way to definitively know how big it could be or if it will even happen at all. “There’s a little bit of voodoo and black magic in all of this,” Weidensaul says. Though Snowy Owl migration patterns are mostly mysterious, there have been some tell-tale signs that the birds are on their way.

For one, some Snowy Owls already seem to be retracing the last irruption’s process. Data are sketchy and variable, but it appears that big southward movements occur about once every four years. That’s because lemmings, their preferred prey, go through regional population explosions at about the same interval. In 2013, those little Arctic rodents had a banner year on the Ungava Peninsula in Northern Quebec, fueling a highly successful breeding season for the owls that flocked to that area. Sure enough, this past breeding season, Canadian wildlife biologists studying caribou reported an unusually high number of owls flapping around the same area, reports others have confirmed. 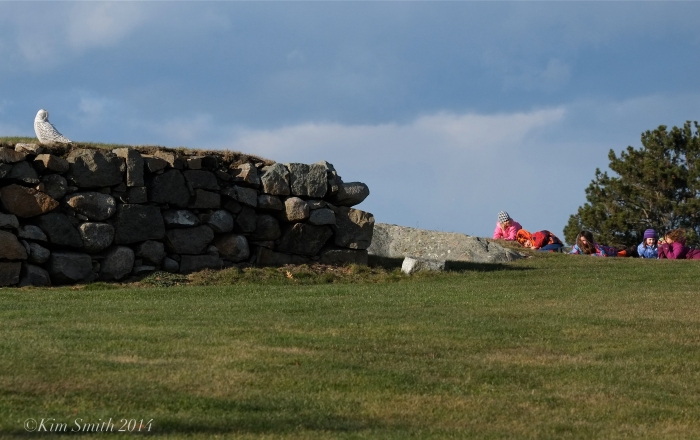 One thought on “A VERITABLE BLIZZARD OF SNOWY OWLS COULD BE COMING OUR WAY!”