Blanched and illuminated area beneath the founder’s plaque was tagged with graffiti which will be ably removed by the city.

Days earlier it wasn’t. For comparison, here’s how the giant rock appeared May 1, 2019. Had it been on that day…

Though uncommon, graffiti has been removed from this same spot before. Here’s a 1974 photograph from the Gloucester Daily Times catching a family reading the founder’s plaque. Graffiti was visible and without mention.

Gloucester’s wrap around picturesque landscape was preserved as a public park in 1898. In 1907, the monumental natural glacial outcropping was decorated with an inset of bronze plaque and stone relief commemorating the first fishermen from England laying claim in 1623. Eric Pape was commissioned for its design.

There are a few circle-A’s tagged around town of late. Also Eon 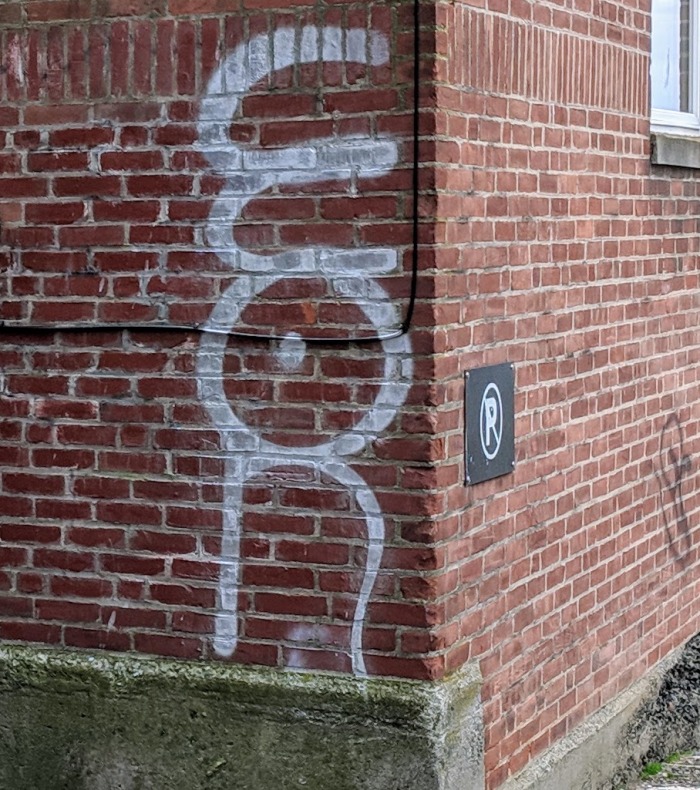