Marshall’s Farm Stand family history has a connection to a West Gloucester property that was chosen for the new HGTV show, Farmhouse Fixer. Partners Jonathan Knight and Kristina Crestin developed select properties within 50 miles of Ipswich for this new show.

HGTV Casting for a New Farmhouse Renovation Show: Do you have an antique or historic farmhouse in need of renovating? Do you love your home’s old charm and character but want to add some modern updates? HGTV would like to hear from you.

“HGTV and High Noon Entertainment are casting homeowners within 50 miles of Ipswich, MA for a new show with renovation expert Jonathan Knight (best known as a Grammy Nominated member of New Kids on the Block) and his partner, local renowned designer Kristina Crestin.”

Thanks Pauline’s Gifts for happy news from West Gloucester! 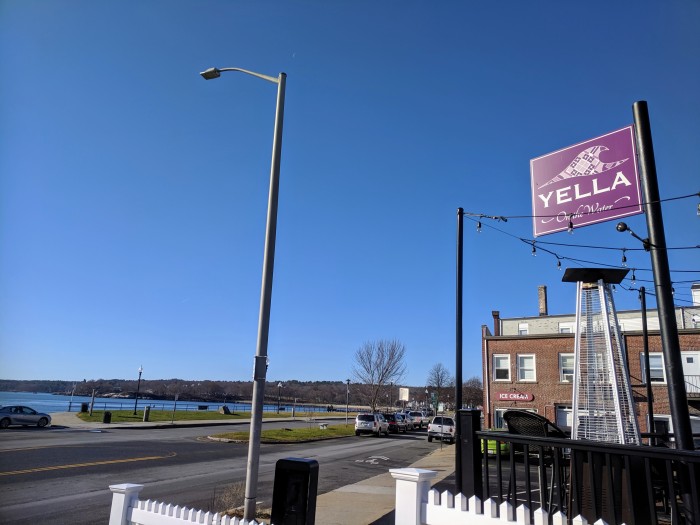 Love the title and wonderful review!

“On the menu Yella on the Water seems to have become instantly popular, and we could see why.” 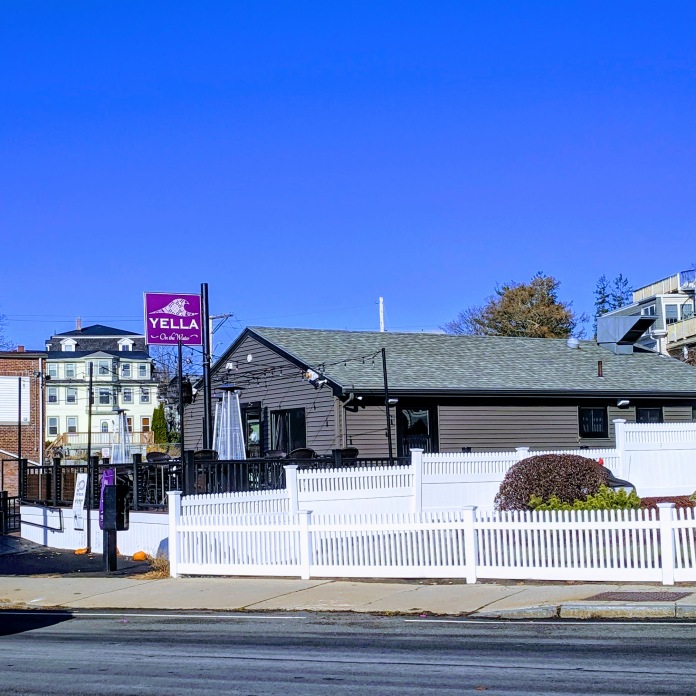 Yella on the Water joins a fantastic line up of seasonal plein air dining options in Gloucester. The inviting new outdoor space and decor of Danielle and Carlo Berdahn’s  Mediterranean bistro, Yella on the Water, in the former Morning Glory space on Western Avenue (Stacy Boulevard), beckons on any given sun day. The interior is equally alluring. Owner Danielle Berdahn enlisted some design help from Taniya Nayak and the snappy casual vibe is perfect.

Woburn native, Berdahn has a personal connection to Gloucester. She grew up spending magical summers on Wingaersheek at her family’s beach house. After hearing that fun fact, it’s easy to order the “Wingaersheek” cocktail. We had one brief hour between work and appointments to sample hand crafted appetizers (Hummus Awarma) and spirits.  Were we on vacation? A day-cation for sure, thanks to impeccable service and yummy local fare on a hot new deck with a view of Gloucester Harbor.

A little known secret about me is that I am full blown obsessed with the shows House Hunters and House Hunters International on HGTV.  And then there’s Island Hunters!  Did you know there are actually people out there shopping for islands?!

I LOVE living here…that comes as no surprise…but, I’d be lying if I didn’t find myself watching episodes of couples picking up everything and moving to some beachfront location on some tropical island paradise.  I live vicariously through them for 30 or 60 minutes whenever possible.  Dork, I know.

So, yesterday, upon finding a vulnerable little hermit crab at Cape Hedge Beach who was “between houses,” my boys suggested we conduct our own beachfront version of House Hunters.  We found several shell options for the squishy little guy, placed him and them under a clump of seaweed as much protected from hungry seagulls and bigger crabs as possible, and let him do his thing.

We watched him for a bit, but he was shy so we left him alone to take a look around his potential new residences.  We weren’t sure what he was looking for…striped, solid, beach chic, room to grow, open floor plan, comfy cozy, etc.

When we went back later to check, he was gone.  The boys were thrilled….even though there was no commission to be gained.