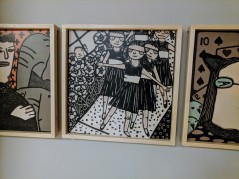 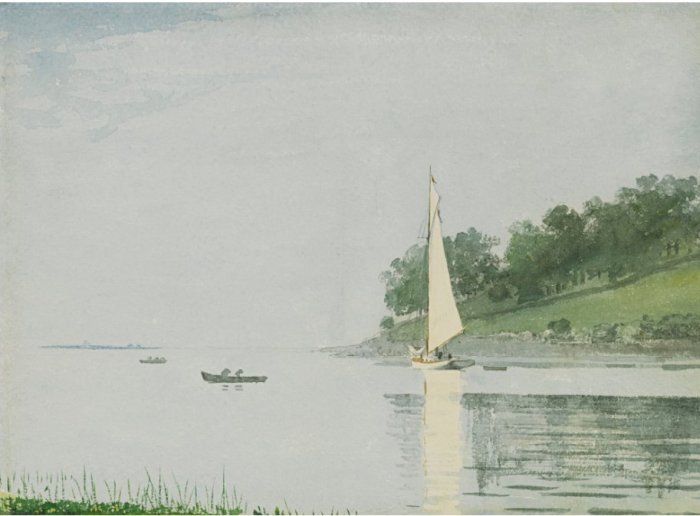 For sale at Sotheby’s November 2018

Last spring a Homer image of Gloucester boys in a dory fetched $400,000. Relatable, though not Gloucester: Life Brigade is expected to fetch 4x that amount at Sotheby’s; another classic motif , Gathering Wild Blackberries, is estimated to sell for $150,000-$200,000. There is a smashing Marsden Hartley of Dogtown.

For sale at Christie’s November 2018

It’s a scene! This affordable art fair is open till 8:30 Local art from dozens of Cape Ann artists! More photos of artists by their booths coming in a follow up post.

What a fabulous idea and venue for this fair. Congratulations to Cathy at Beauport

and all the artists!

Nor’East Frameworks was opened in October of 1995. Owner CF “Chuck” Haybeck offers ready made photo frames as well as custom made frames in all sizes and various shapes. He uses a variety of woods including such things as recycled wood from fishing boats in Thailand.

Of the unusual things he has framed there was a shadow box frame he made to contain the x-ray of a broken bone along with a custom bent titanium rod that was used to set the injury.

There are all sorts of stories with every custom frame. A man and his wife to be were in Italy where he proposed and they celebrated (she accepted…) the moment with a bottle of wine. The gentleman was able to buy another bottle and have it shipped home where he held it for their tenth anniversary. Chuck was asked to build a shadow box to hold the empty bottle. I think Chuck could write a book of such stories.

On the fine art side Chuck has framed a 1914 John Singer Sargent painting. In this category Chuck provides restoration or replacement of museum quality frames.

An artist as well, Chuck has a BA in Fine Arts from Boston University. As a result he looks at all projects with the eye of an artist, not just a framer.  He says that a new or increasing problem for preserving artwork for the long term is protection from ultra violet rays from the sun. Special glass is needed to provide such protection, but Chuck now recommends UV protecting glass in more situations as a result of the increased use in homes of compact fluorescent lights. An unintended consequence of going green. 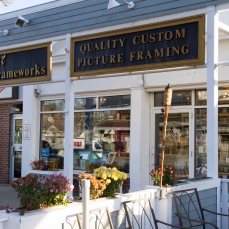 Amazing lengths some people will go to.. Perhaps this guy should have moved on long ago, but no. He buys a house next-door to his Ex and  installs a work of art for her to admire.. A very expensive hand gesture. Click the article to read more! Jeez, can you believe this? 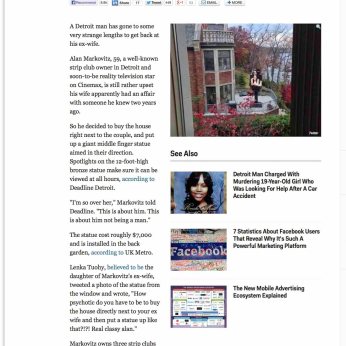 Without a doubt, this is our best auction of the year! The phrase something for everyone is often overused, but with this auction, it definitely rings true! If you like historical antiques we have hand signed presidential documents: Is fine art more your thing? We’ve got a great selection. How about antique furniture? Yep! Jewelry? Ditto! Glassware & China? Check!

Pictures and details available at www.capeannauction.com 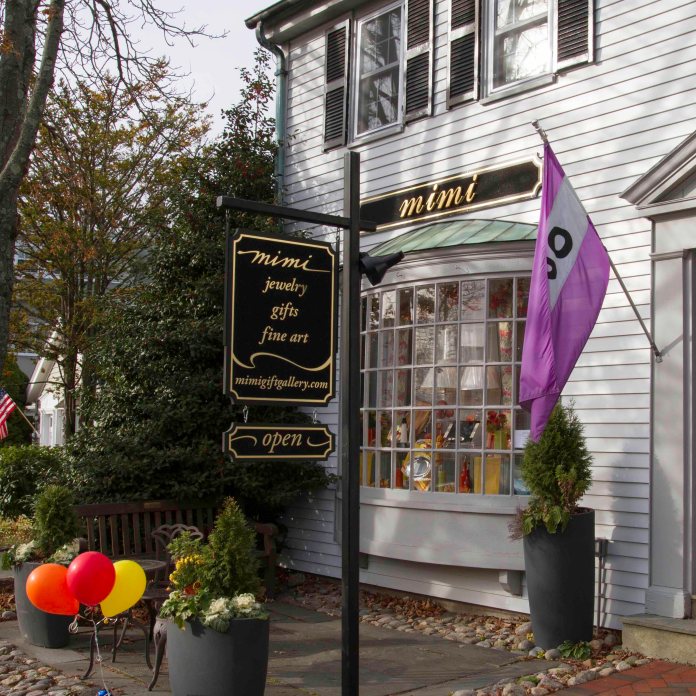 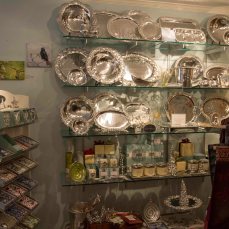 The Man Cave on the left..

Mimi is an artist driven gift, jewelry and fine art store located at 19 Central Street in Manchester. It was started in Ipswich in the summer of 2007 with locations in Ipswich and a bit later Manchester. Having closed the Ipswich store about three years ago Manchester has become their flagship store.

Co-founders Mia Nehme and her daughter Claudia Bowman say that they search for gifts and fine art that are made or designed by artists, and they feature the work of several local painters and artisan gifts. In addition they carry glassware, silverware, scarfs, by several vendors including Ekelund, Simon Pearce, Le Jaquard Francais, Mariposa and more. Then there is an extensive selection of jewelry.

In the having something for everyone department, Mimi has gifts from $10.oo on up, Yankee Swap gifts to art work and gifts for very special occasions.  For men they have created a “Man Cave” at the back of the store where they sell primarily shaving and smoking items.(Actually the “Cave” is a nice display case).  They have a jewelry selection with pieces from various local artists. Aron Leaman of Gloucester, a artist who works in glass produced a number of glass globes with actual Singing Beach Sand inside. Mia highlights this to say that because they deal directly with many of the artists special orders even with design changes on some items can be requested.

From time to time Mimi holds special events in which their customers are invited to hear from, see and learn about particular vendors or artists work.

Mimi’s website is at http://www.mimigiftgallery.com, the store is at 19 Central Street just across the street from the Town Hall.  Check them out! 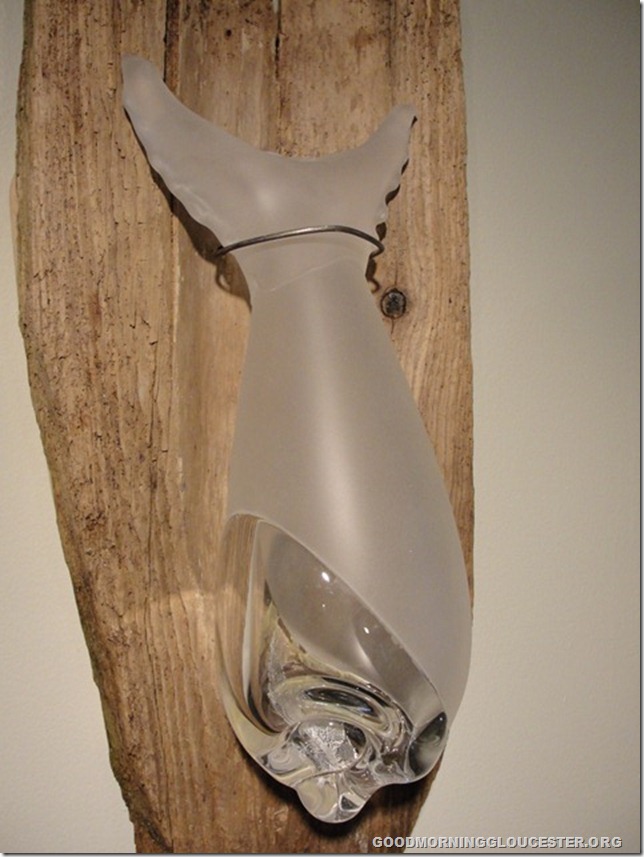 Gloucester Fine Art, formally the Ortman Gallery has undergone some changes this cold winter. Carl Ortman has brought some friends in to add even more to the Gloucester art scene. The gallery is now representing four artists: painters Carl Ortman, Cody DeLong, and Josh Been, and local glass artist and sculptor Aron Leaman.

Please join Aron and Cody for Gloucester Fine Art’s Spring Preview Opening, as they have been busy this winter creating new work and it is time to showcase their craftsmanship. Cody just flew in from his gallery in Arizona and is ready to paint this week in lovely Gloucester; we will see what his hand can capture! Aron has been working on a spring line of small works, as well as his Cape Ann inspired sculptures. Carl and Josh are in Colorado painting away, and plan to be out in May and June.

A grand opening will take place some time in June with all the artists.
For more information on the artists participating in this event, please vist:
aronleamanglass.com
codydelong.com
joshuabeen.com
carlortman.com

Saturday, November 6 – Concert in the Gallery with Claudia Nygaard!

Join us for an intimate concert experience

Claudia Nygaard’s long legs hang over both sides of that same fence between country and folk music that Guy Clark and John Prine have straddled. Her sound is acoustic, and while her songs find their roots and rhythms in the Americana storytelling tradition, the melodies are passionate and emotional. A former Music Row staff writer, and Kerrville “NewFolk” songwriting competition winner, Claudia crafts songs that range from heartfelt to humorous, and she does so with a quick wit, an articulate point of view, and vivid imagery. She is an engaging performer with a sensual alto voice.

Seating is limited… arrive early and have a nibble before the concert begins!

“Completely at ease on stage, Claudia had fun with her audience,

telling stories and adding personal glimpses into her life.” 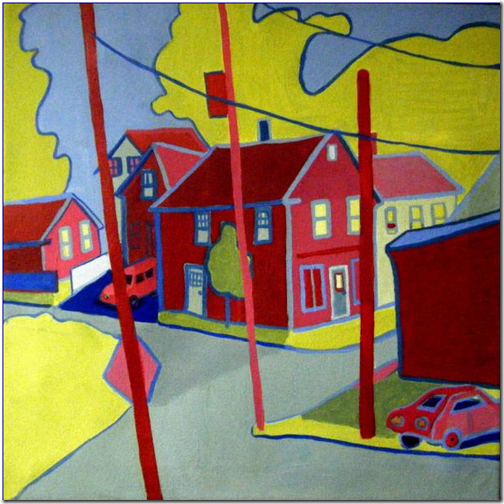