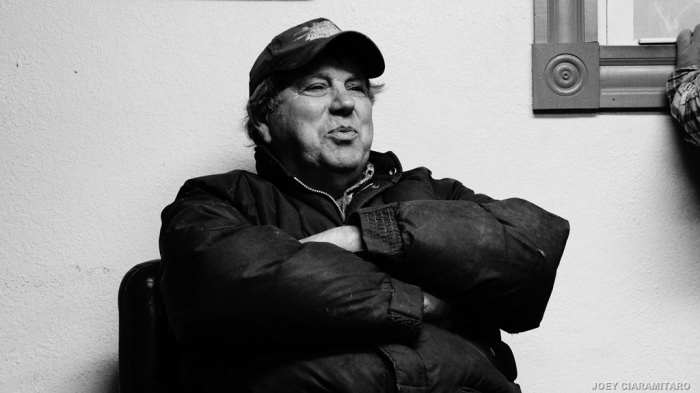 I first met Tom Burns in 1979. I just blown into town from Minnesota having dropped out of high school I was looking for work and I knew Gloucester‘s waterfront was vibrant back then and there were many jobs to be had. My first job was working at Gloster shrimp Co. down on the fish pier, but the following summer I was walking around East Gloucester when A brand new pick up truck pulled alongside me and the crazy looking character roll the window down and said, hey kid, you look like good backman material , are you looking for work?
Tommy had a newly built 42 foot Bruno and Stillman which was state of the art at the time. Tommy was considered a highlighter back then, Although some would dispute this fact, we were the first boat in the harbor to have 1000 traps. They were 16 x 36 wraparounds made of wood with for breaks. I remember going to Portsmouth to Main post and beam , And bringing them back one truckload at a time, 52 traps per load ha ha. One day we lost a load on 495 , and the state trooper had to close a couple of lanes while we gathered up all the traps and re-stack them on the truck. He would pick me up every day at 7 o’clock and bring me up to his yard to Brand and bridle all of the traps then we would load them on the truck only to unload them on the boat to go set I’m in for the process was reversed and I would have to stack all the traps out in the backyard by myself he would leave me in the yard for eight hours a day and go off and do whatever. I was naïve at the time but this was all considered part of her job back then.