American Cruise Line’s ‘American Constitution‘ has docked at Cruiseport several times over the past 5 weeks. The company has an updated full-page ad in the current edition of TIME Magazine that takes liberty, on the map, with the spelling of our city.

On May 6, 2012 I posted a photo and poem describing a gift of several old picture postcards I had received from a friend of GMG living in Maine. Now, nine years later, I received an email from Rita Teele, currently residing in New Zealand, but still pursuing the history of Annisquam. Rita’s correspondence provides interesting details that help us better understand and appreciate the postcards.

Here is the original post followed by Rita’s email.

Donald affixed a 1 cent stamp on a card that

contained a fine German print of the Annisquam Light.

By 1 o’ clock the same day, the card, having passed

in West Medford and was soon delivered to Miss Mary McLeod.

A year after that, Annie sent Sydney Davison, then

two cards, each with color scenes of Annisquam;

one of the Yacht Club and the other of the bridge

across Lobster Cove. In one she laments her failure

to write more often and, in the other, she promises to “be over” soon.

Margaret, too, writes to Sidney assuring him that she

hasn’t “quite forgotten” him. She thinks the fellow

sitting alone on the rock in the picture of a yacht

featuring the surf at Long Beach to Mary Davison of

Annisquam letting her know that Marj came down on

Sunday and was sorry she couldn’t get over to see her.

These many cards, these timeless scenes, these stories

partly told; these flashes from life of decades ago, this collage

these many cards posted in Annisquam more than 100 years ago

and delivered this day to you in Gloucester;

these many cards, this gift to me – and now,

my gift to you.

Hello Marty—from New Zealand!Paul Horovitz may have mentioned that I am involved in uncovering Annisquam’s history—although that has been a challenge.We stayed in New Zealand as the pandemic evolved; thank goodness for the internet that is Covid free if not virus free.I thought you might like the followup to your post from May 2012, These Many Cards.I was searching for Sidney Davison and Google captured your story.Sidney Davison is of interest to the Annisquam Historical Society because he was one of the founding members.He was very involved in the community affairs in his lifetime. Best I can tell, he was involved in the frozen food industry; he also held a patent for an apparatus for freezing materials.

I believe that he was in England at the time those postcards were sent—from his mother Annie, and his sister, Margaret.I found no evidence that he had children. The cards were likely part of his estate. 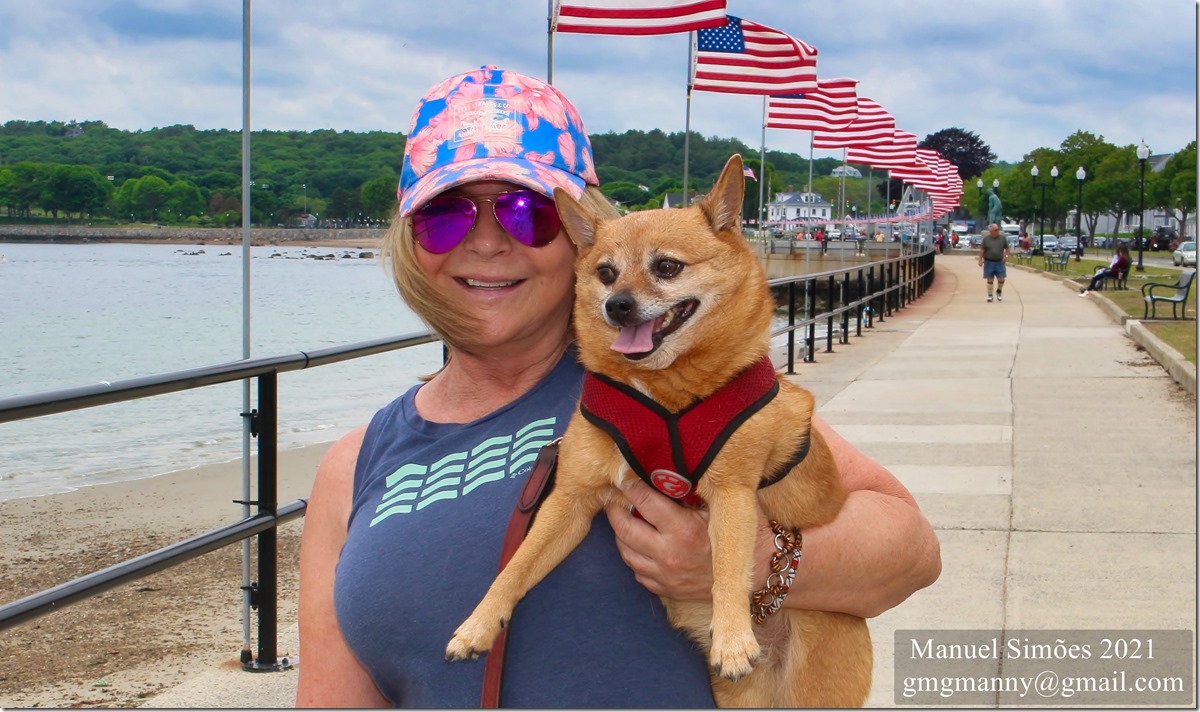 Republishing 2019 – “GMG reader asks: Where have all the foghorns gone?“

END_OF_DOCUMENT_TOKEN_TO_BE_REPLACED

Granite Pier. Who knows what this was for?

I’ve been following the osprey nest behind Lobsta Land on the Essex Greenbelt Osprey Cam and was recently able to catch the “changing of the guard” at the nest. If you scroll down to read the summary offered by the Essex Greenbelt experts, you will note the eggs are expected to hatch in about a week!

But photo opportunities over there are not optimal for the equipment I have available, so I’ll take an osprey sighting in the backyard as a fair replacement. Though ospreys are rare sightings at this location, we have seen them around other times. This time, I got some decent pictures. The “pooping” picture is a direct result of my trigger happy shutter finger getting excited to see the bird lean forward as if to take off in flight……but instead…..poop.