This view will be changing imminently! Today’s Motif Monday is the work on the Boulevard. 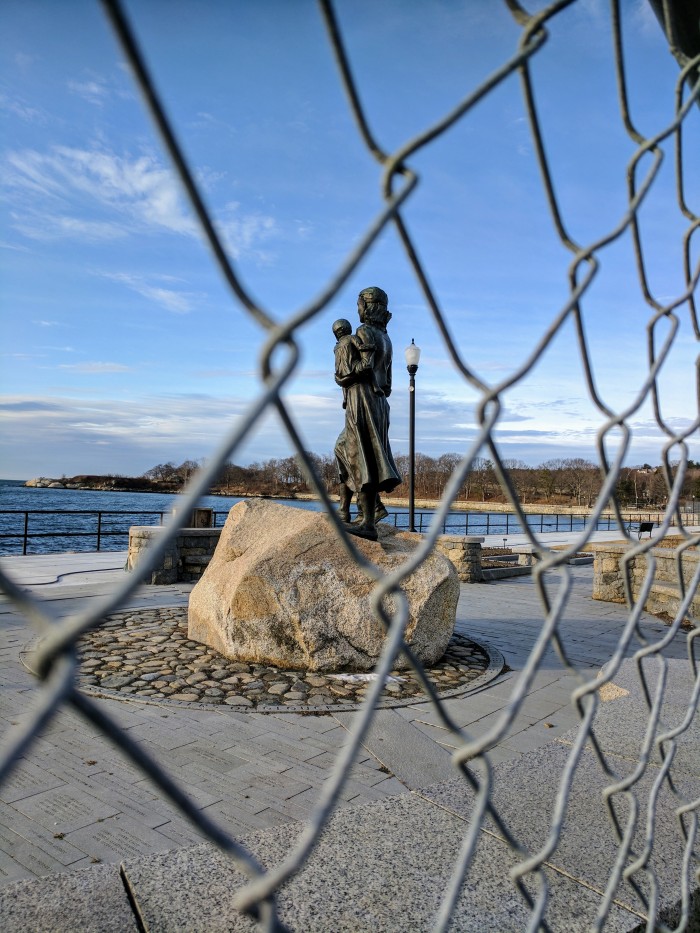 The marvelous engineering and construction for the boulevard is a HUGE story. In all the collective excitement to walk this way, let’s remember to take a moment to acknowledge this feat. 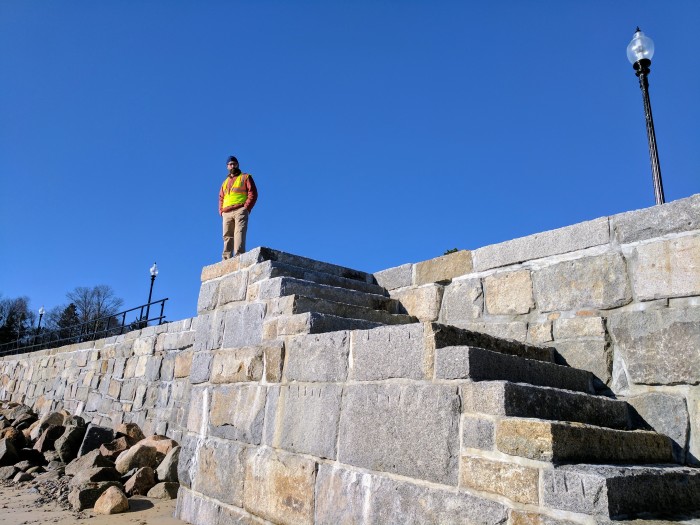 Mike Hale, Gloucester’s Director of Public Services, was hired in July of 1999, the very same year that this ambitious boulevard infrastructure planning and funding search began for this project. It was funded in 2014.  That means the current project timeline spanned 4 Mayors, administration, staff and city councils. The construction has been exceptionally well managed and I predict it will be or should be nationally recognized with awards. I have been documenting the progress and in the coming days will post several tributes, contemporary views, historic photos and background to rev up anticipation and respect.

Coincidentally, April 16, 2017 will mark the 94th anniversary of an important piece of the boulevard’s construction.

On that day in history, Gloucester’s city council approved the purchase of two lots, the Grant and Low properties:

“Whereas it is the desire of the board of park commissioners of the city of Gloucester to take in fee by purchase or otherwise certain land in said Gloucester lying between Western Avenue and the sea,

“And whereas, the said board has estimated the expenses of acquiring the same to be $8000,

“It is hereby ordered that the sum of $8000 be and hereby is appropriated from the $90,000 Western Avenue act of 1922 to the board of park commissioners as provided by law for the purpose of acquiring and laying out as a public park such land as the said board of park commissioners consider desirable therefore, being the land as shown on a plan entitled ‘Proposed taking for highway and park purposes, Gloucester, Mass, dated April 16, 1923, John H. Griffin, City Engineer,’ having reference to that portion as shown on said plan as is proposed to be taken for park purposes.” I’ve added the bold emphasis to note the big vision of Western Avenue as a public park and extension of Stage Fort in 1923.

The significant original investment was tangible and long lasting, hallmarks of any successful public works project. Did the Boulevard improve the quality of life in Gloucester? It wasn’t easy. Houses and roads were moved. 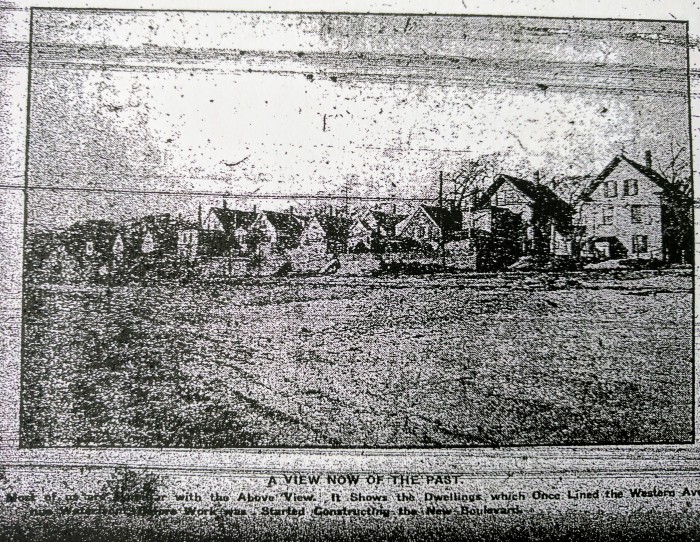 Photo caption: “A VIEW NOW OF THE PAST. Most of us are familiar with the Above View. it Shows the Dwellings which Once Lined the Western Avenue Waterfront Before Work was Started Constructing the New Boulevard.”

These photographs were published in August 1923 and retrieved from the Gloucester Daily Times microfiche reel at Gloucester Lyceum & Sawyer Free Library.

The caption below describes Kent Circle “where grand stand has been erected for the review of the parades” for Gloucester’s tercentenary celebration. 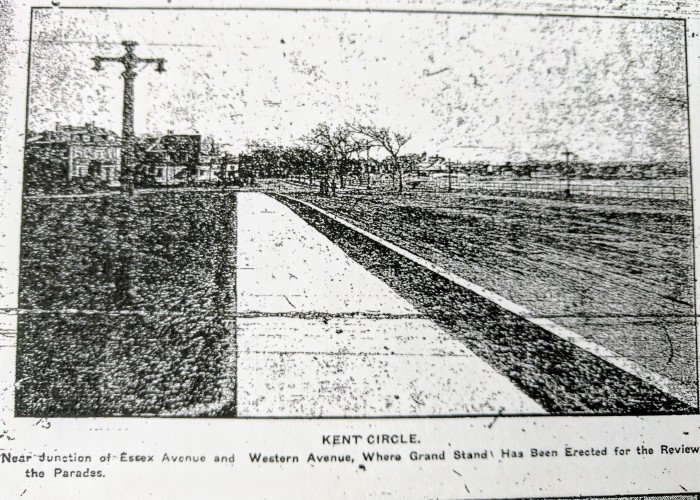 Awaiting full access in 2017 is a mere blip of an inconvenience when considering how fundamental the Boulevard is for Gloucester. Its benefits are priceless.