Here’s a super easy and great opportunity to share what you do or help your friend’s work get noticed.  Crafters, artisans, makers, retailers, creatives: make sure to sign up before July 1, 2017 when it’s just $25.

It’s tough to match Gloucester for the range and depth of fall art fairs and events –including American Craft Week– and Gloucester’s heritage of artists and artisans of yesterday and today (more on the pioneers below.) Pauline Bresnahan participates and drummed up the vote: “Gloucester has always encouraged creativity, individuality and artistic expression. Honored to be able to participate and encourage others to take part in this celebration for everyone who has fallen in love with their art and craft that shows their creativity.” 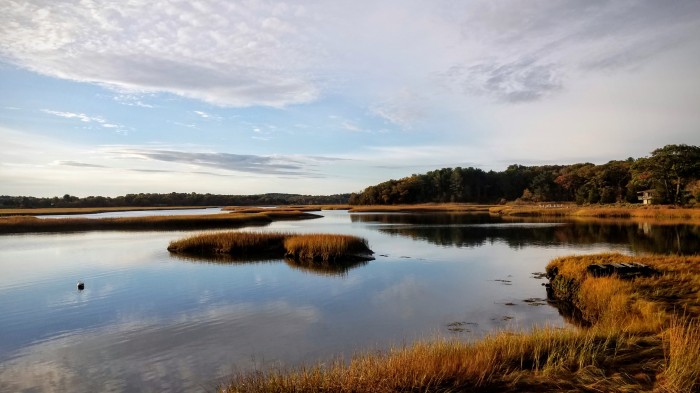 I’ve gathered special events and festivals that run annually each October/Fall in Gloucester and on Cape Ann.  Make sure to look into the monthly art gallery exhibitions, live music, performances, and readings going on in the many art and culture venues as well as non-traditional spaces, businesses, organizations, accommodations, and restaurants. Mind you this is only the fall (October!) listings:

In each and every decade, printed ephemera and guides capture Gloucester’s long proud cultural history. Guides matter. Here are a couple of pioneer examples with a craft emphasis from the 1960s and 1892. American Craft Week is the digital equivalent of a who’s who in the American craft scene.

“We are told in the print that the American public is hungry for art…untouched by the machine. Cape Ann craft workers can satisfy that hunger…given a chance.” Henry Bollman, 1961 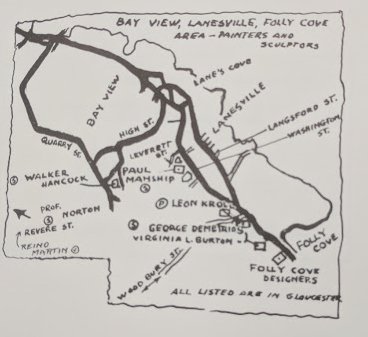 The Gloucester Arts Festival scheduled ancillary programming like Cape Ann Festival of the Arts guided hikes and arts and writing exhibitions and contests for Gloucester’s youth.

The Art and Loan Exhibition for The Celebration of the Two Hundred and Fiftieth Anniversary of the Incorporation of the Town of Gloucester held August 24-29   featured “a representation collection of the antique and artistic from the many homes on Cape Ann…In connection with the exhibit a souvenir silver scarf pin was sold representing a fishing schooner under full rig with the dates 1642-1892 in raised work, and found ready purchasers…A piece of room paper from the walls of the old Ellery House, the first wall paper used in Gloucester, is exhibited…an interesting bit of fancy work is a frame inscribed in letters worked in silk Hannah Masters her Sampler May 8 1768…Another piece of family work which shows evidence of much labor and painstaking is a Clark family tree worked in silk on canvas in 1832 by Mary B. Clark, mother of Mayor Andrews…” The loan and art committee were reimbursed  $1195.81; the souvenir pins inventory was $211.40. Thankfully the city published a “true and detailed account of the 250th anniversary observance and illustrated these Lane and Beach works. The 1817 view of Gloucester by Capt Beach was loaned by Asa G. Andrews, too. JB Foster was the one and only artist on the extensive exhibition checklist (321 detailed items) that listed his work for sale $100 “At the Wharf Gloucester Harbor”. James Pringle wrote the seminal digitized “History of the town and city of Gloucester, Cape Ann, Massachusetts” 1892.