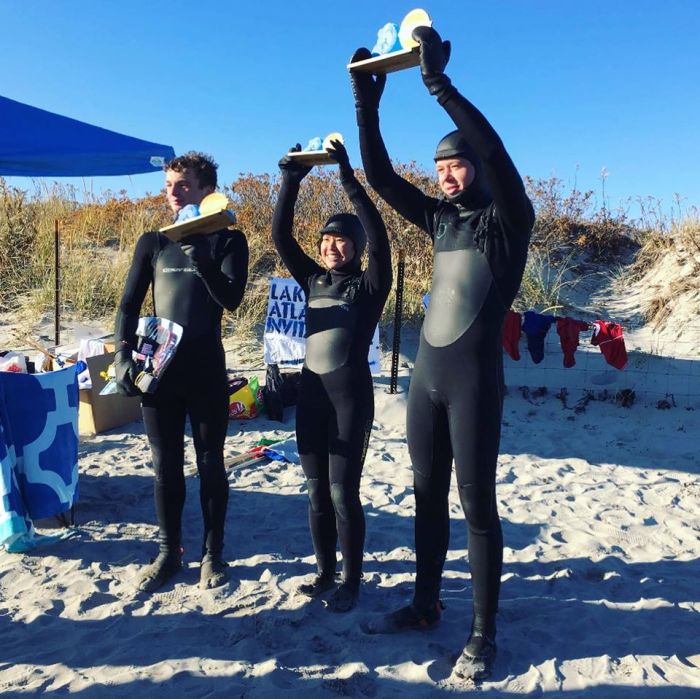 I asked the UMASS surf club how the Lake Atlantic Invitational competition fared on November 16, 2019 at Good Harbor Beach. The ocean was rather “lake” in the morning and the air a brisk 22 degrees.

“The competition was a huge success! The waves got better throughout the day, and we had a lot of creativity with crossstepping, handstands, and laying down backwards almost like a coffin.” The final results:

“We’re not sure yet if we’re going to try to do these competitions annually or biannually, but keep an eye out for another competition in April, most likely still somewhere in Gloucester. And yes it was chilly, but most of us are used to that weather having grown up in the area, and even the competitor from California did a good job overcoming the cold with help from a nice winter wetsuit.” 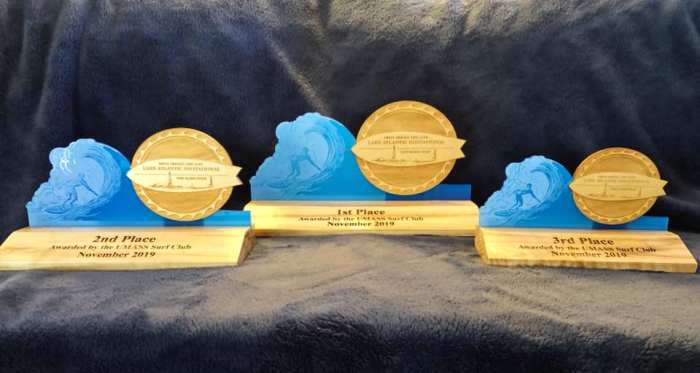 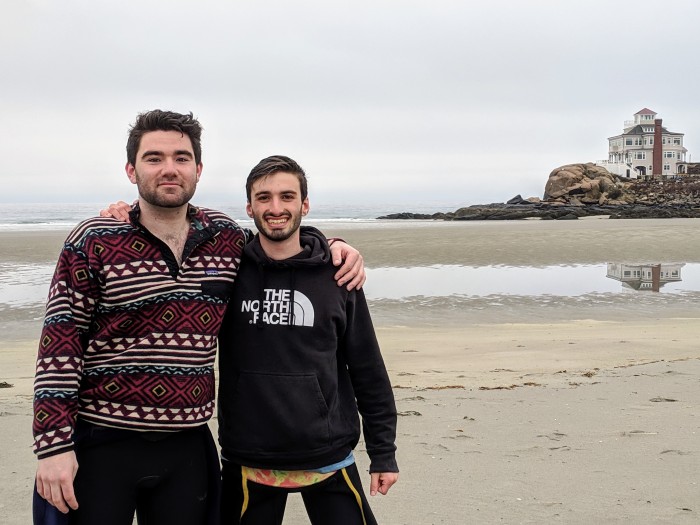 photo caption: “On the left is Myles Wrinn, the Forecaster for the club for the last 2 years and on the right is Peter Roy, current President of Surf Club. The club was founded by alumni in 2014.” 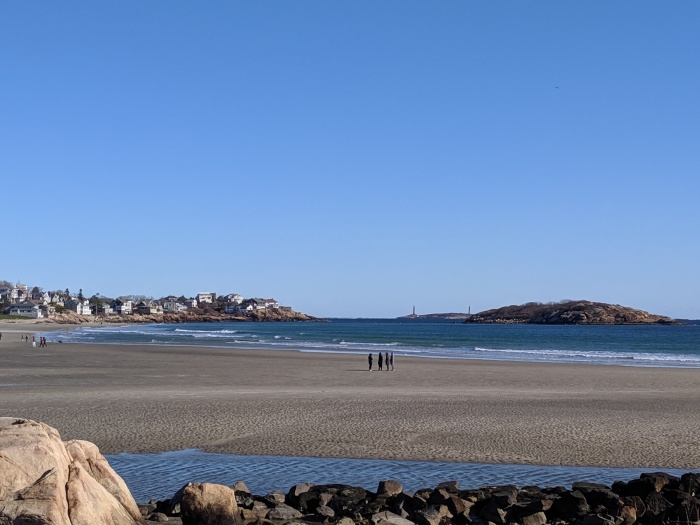 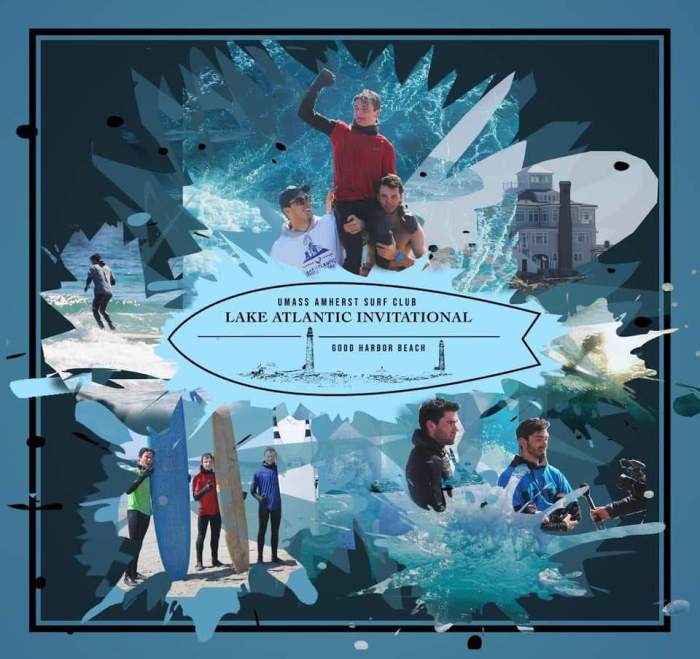 The first competition was held back in April 2019. “Colby Kelly, 18, of Gloucester, was named the competition’s first champion. Rhodes Cole, of Rockport, came in second and John Lane, of Yarmouth, Maine, came in third.” read more here and scenes below setting up the first time. 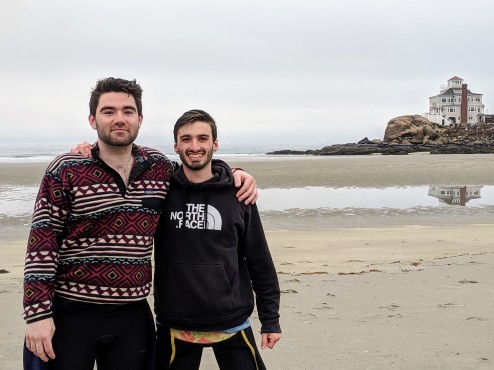 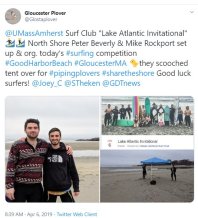