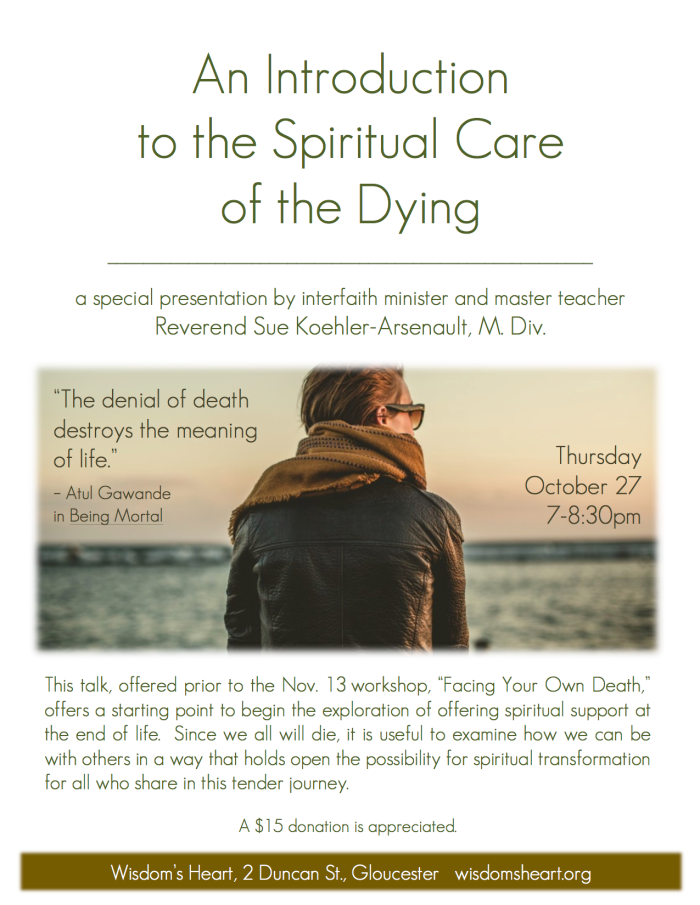 Rev. Sue earned her Master of Divinity degree with distinction from the Weston Jesuit School of Theology (Boston College) in 1994. She has served as chaplain at Wellesley College, where she was part of a pioneering interfaith spiritual life program, working with Hindu, Buddhist, Jewish, Protestant, Unitarian, and Muslim colleagues and students. Later, as Chaplain with Community Hospice in Schenectady, NY she became a skillful spiritual counselor and end-of-life educator.In November 2014, Rev. Sue moved to Cape Ann with her husband, artist David Arsenault.  She is Dean of Second Year students and teaches on the Spiritual Care of the Dying at One Spirit Interfaith Seminary in NY, NY.

One thought on “Dying”