Cape Ann Marina guests can see whales from their rooms! Back home from work and spotted three whales immediately which means that some of the six right whales have been feeding more than ten hours HERE. It’s thrilling! I even saw one head to Salt Island and back. They check in and circle together. Two are lingering off Long Beach on the Gloucester side. When two and three are gliding along, stepped back one by one nearly together in a line, and moving fast, the legendary sea serpent stories did come to mind.

Nearly as much fun are the clusters of whale watchers at the waters edge like schooner race photos of yore. I added a short video with Long Beach cottages and the stretch of sand in the background to give another relational vantage. 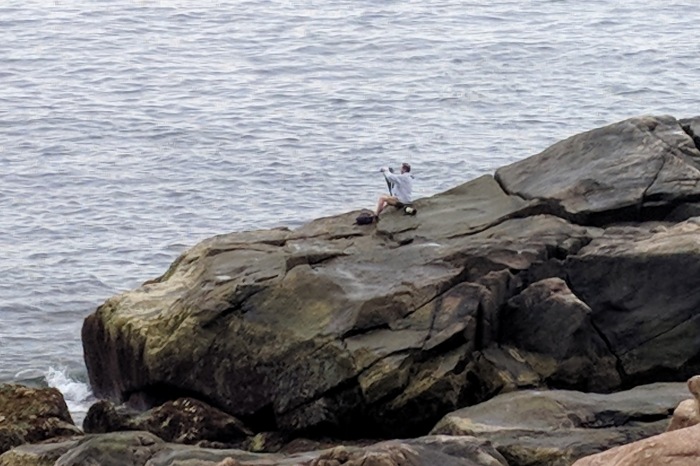