Tonight’s full (appropriately named) Frost Moon rising between  the Twin Lights. The Frost Moon is also known as the Beaver Moon and Mourning Moon. Oh how I wish I had my tripod with me tonight, but this image is fun anyway. I think it would make a better painting.

November’s nearly full Frost Moon was rising over Brace Cove, while the sun was setting over the harbor. Violet sunset clouds swirled around the rising moon when moments later the moon shone brightly through the pine trees.

November’s full moon is also called the Beaver Moon-both the early colonists and Algonquin tribes named it so because November was the designated time of year to set Beaver traps before ponds and swamps froze. 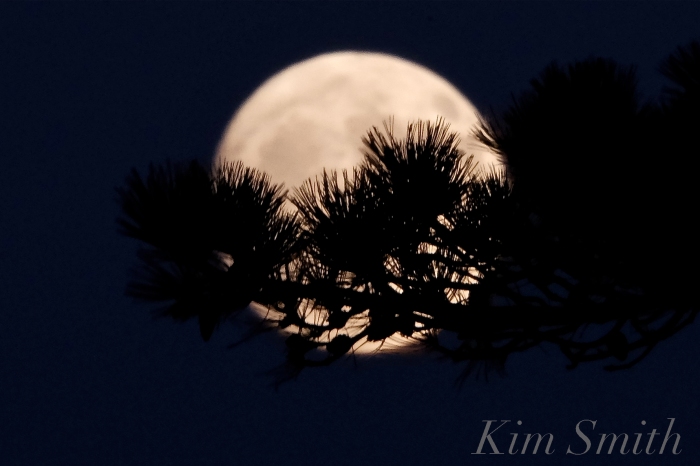