Spring Peeper out and about before hibernating for the winter.

Relishing the last of these golden days, we took advantage of Sunday’s delightfully beautiful weather with a hike around Eastern Point. Several female Yellow-rumped Warblers were spotted feeding on seed heads, a lone turtle was basking on a sun-warmed rock, the Harbor Seals were lolling about, and a tiny Spring Peeper was spied in the fallen leaves.

You can see why these sweet birds are called Yellow-rumped Warblers. Note the little flash of yellow on the rump of the warbler flying in the background. 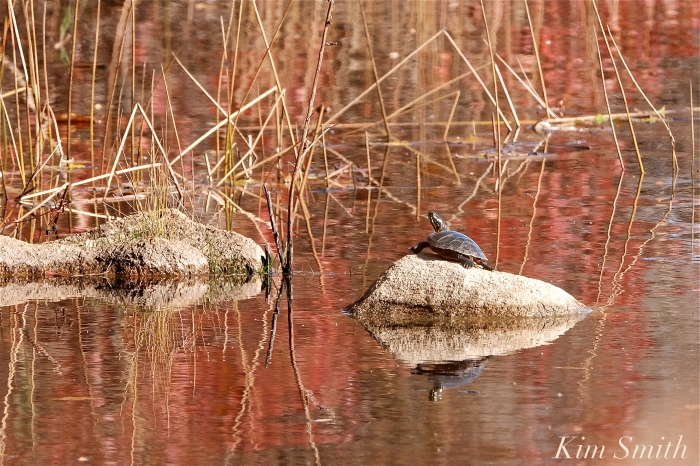 Harbor Seals warming in the sun.

“Seal Rock” is without a doubt, the Harbor Seals favorite rock. There is usually a “king (or queen) for the morning,” and they determine who is allowed on the rock and who is not. Typically, the queen is the largest and she lets the visitor know, with lots of loud grunting and growling, if they are not welcome.

Harbor Seals are site faithful, meaning they will spend their lives along the same stretch of coastline where they were born, fish, and haul out.

Even though seals look like they are basking in the sun, they are actually hauled out to thermoregulate. Seals do not like to touch each other. Observe closely next time you see a raft on the rocks and you will notice that they go to great lengths not to physically come in contact with one another. 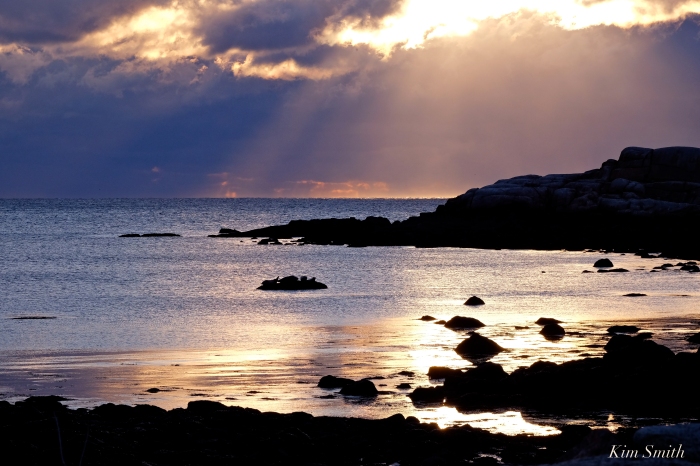 I am reposting the Harbor Seal psa because of a recent incident. What would be your initial reaction if you saw a seal hauled out on the beach? Most likely, to get up close to the seal to see if it was injured. That is human nature but it is actually the worst action you could take. The Harbor Seal in this video struggled to survive the world of curious humans. By approaching too closely, you could very well force the seal back into the water. Harbor Seals, especially juveniles, haul out for a variety of reasons, mostly to rest, less likely because of injury or illness, and oftentimes to escape a shark.