Spectacular City Hall, Gloucester’s cultural landmark and active municipal building, has nearly reached its 150th milestone at 9 Dale Avenue. Rising from the ashes, construction began in 1870 after the Gloucester fire of 1869 consumed its short-lived precursor. Gridley J.F. Bryant & Louis P. Rogers, leading architects at this time, were awarded the commission. Massive disaster response came two years later: the Great Boston Fire wiped out scores of Bryant designed buildings and the firm was awarded a significant percentage of its own rebuilds.

City Hall  was added to the National Register of Historic Places in 1973… which means the research and preparations leading up to that designation timed with its centennial birthday.Recently the expansive floors in Kyrouz Auditorium were buffed and polished and not for the first time.  150 years! Imagine all the footsteps and the generations of staff and volunteers that have cared for this building and community.

Credit DPW for their professionalism and kindness, and steadfast support for the city’s culture. Note their extra caution for protecting heritage from airborne material: mural and portraits were covered. 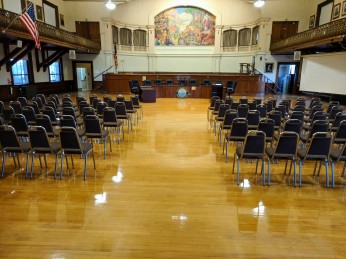 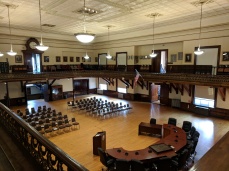 during (these two photos shared with me) 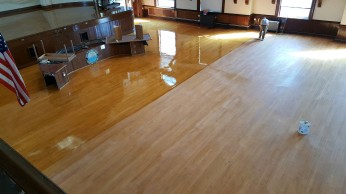 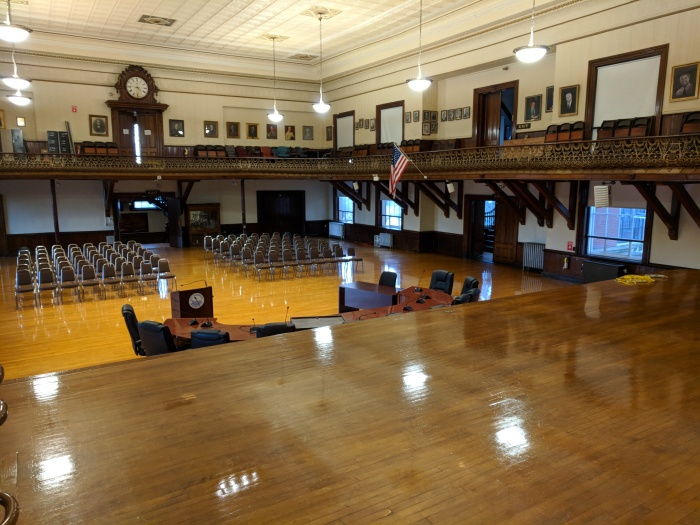