So many, many thanks to my former botany professor, Dr. Kanchi Gandhi, who sent my BomBom Butterflies video to many of his colleagues, friends, and students. My video is getting a growing number of hits in India! I loved every second of Doctor Gandhi’s class and wished often I could be his full time student. Professor Gandhi’s classes are held at the Harvard University Herbaria, with more than 5 million plant specimens. Along with its library, the Herbaria forms the world’s largest university owned herbarium. 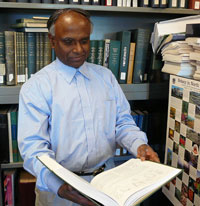 Doctor Gandhi’s interests are in the areas of plant nomenclature, plant morphology, and plant taxonomy. He is currently working on the International Plant Name Index, the HUH lookup tables, and Flora of North America project. In 2010 he was awarded the American Society of Plant Taxonomist Distinguished Service Award, which is only given occasionally and reserved for individuals who have made exceptional efforts for ASPT or the plant-systematics community in general. 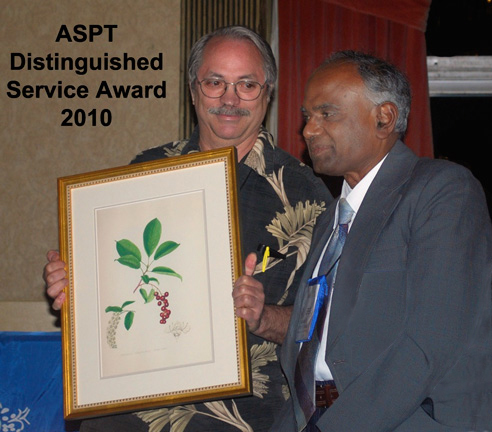 India is a country rich in flora and many species of butterlies. A beautiful Indian butterfly we on Cape Ann may find particularly interesting is the Blue Tiger Butterfly (Tirumala limniace). 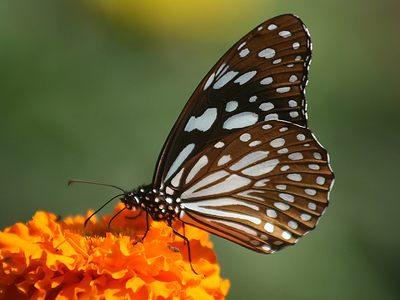 It bears a striking resemblance to our Monarch Butterfly (both members of Nymphalidae, sub-family Danainae, or Brush-foot Family of butterflies) with the clearly defined mitten-shaped cell on the underside of the hindwing. And like our Monarch caterpillars, Blue Tiger caterpillars generally feed on the milkweed family of plants (Asclepiadaceae). Another similarity is that the Blue Tiger migrates through Southern India, although the distance traveled is not quite as long as that of the Monarchs.

Last week while filming on Eastern Point I had the pleasure to meet Kate, who works at Wolf Hill. She was with a friend and they were looking for butterflies through binoculars. I had seen Kate often at the garden center, but never stopped to chat. We were talking about all things butterfly when she mentioned that she had a Black Swallowtail caterpillar on a parsley plant back at the nursery office. She offered the caterpillar to me and I gladly accepted. My Black Swallowtail film is nearing completion but there was one missing piece to the story.

The swallowtail chrysalides that I had on film were all greenish gold. Oftentimes the Black Swallowtail chyrsalis will turn a woody brown, but no matter how hard I looked, I could not find a woody brown chrysalis. Not showing the brown form, I knew, would confuse viewers, especially families who are interested in raising swallowtails.

Kate’s caterpillar pupated while she was away from work for a few days. When she returned she found the chrysalis had wandered from the parsley plant and it had pupated on the razor thin edge of an envelope-as office caterpillars are want to do. Well, you guessed it–the Wolf Hill pupa was the brown form! 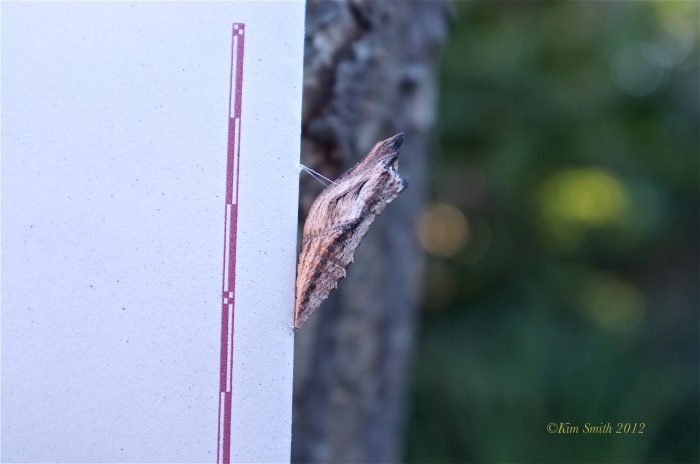 I know it is said often on the pages of this blog, but Kate’s thoughfullness goes to show once again what a beautiful community is Gloucester–stunning visually, and most special of all, are the beautiful, kind-hearted people who call Gloucester home.  Thank you Kate!

Not finding a brown chrysalis is a relatively escoteric problem, to say the least, but I think you will agree that the two forms of the pupal case are remarkably different in appearance. In this photo you can see where I have taped the envelope behind a tree trunk in order to film. This is how you would find the chrysalis in a more natural setting.

There are several openings  remaining in my Close-up Photography Workshop at the Arnold Arboretum of Harvard University, which will be held this coming Sunday morning at 9:00 am. I would love to see you there! Follow this link to register. 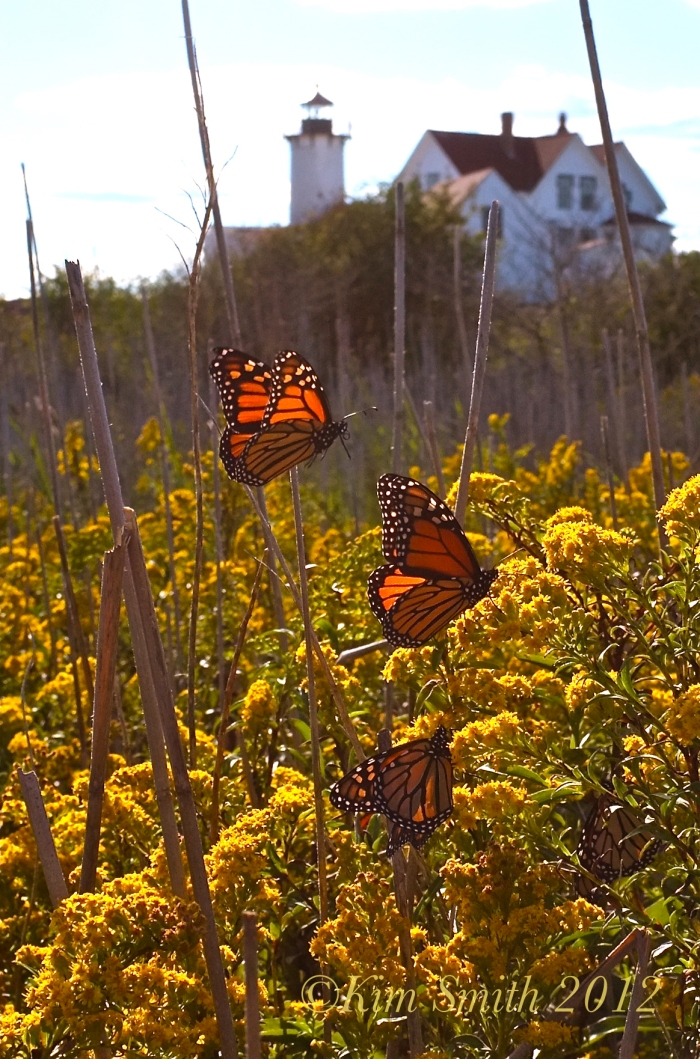 Capturing a sharply in focus close-up of a butterfly, especially one in mid-flight, is one of the greatest challenges of photography and I will be revealing techniques such as these, and more; techniques that have taken many, many hours over many years to perfect. All the photos I have shot in the past year and a half were taken not with a zoom lens, but were shot with a 23mm prime lens. I am typically photographing within a foot’s distance of the butterflies!

My new documentary film captures the beauty and mystery of the Black Swallowtail, through all its life stages, and in it’s surrounding habitats. I think you will be amazed and captivated by this garden-variety and seemingly ordinary, extraordinary butterfly!

From Egg to Caterpillar to Chrysalis to Adult 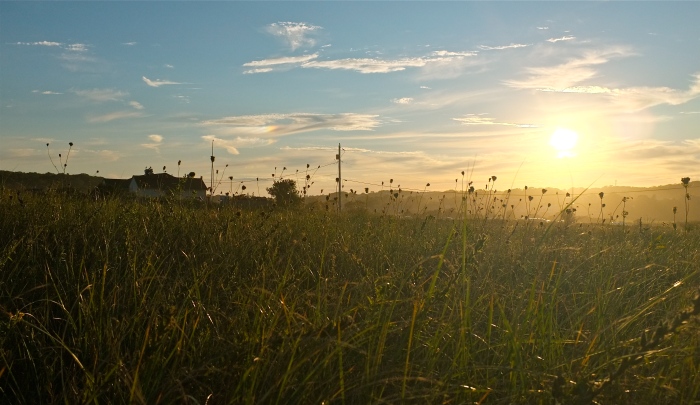 One of several preferred Black Swallowtail habitats—Gloucester’s sandy wildflower meadow at Good Harbor Beach. The milkweed provides nectar for swallowtails on the wing and Queen Anne’s lace is a food plant of the Black Swallowtail caterpillars.