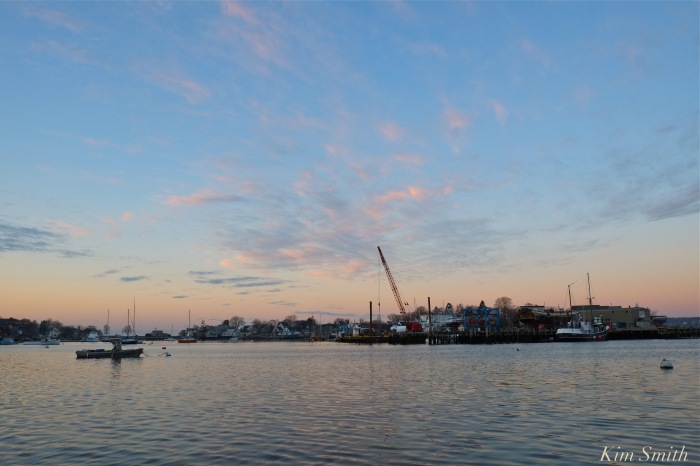 Last Tuesday was a photographer’s magical dream morning. After photographing and filming December’s “Long Night’s Moon” descending over the Gloucester city skyline, I turned toward the east to see a peaceful daybreak scene over Rocky Neck. Perhaps the sun hadn’t fully risen I thought and hurried to Brace Cove. The sun had rose behind Brace Rock with just enough clouds that it was still pretty, not blasted out by too much light.

I then walked along the edge of Niles Pond, meeting up with Mr. Swan who was occupied with his morning swim, which often indicates he is readying to take flight. He did, and with movie camera in hand, he circled the Pond before landing at Brace Cove, near the breakwater.

Eerily, the coyotes were howling in the distance, actually howling, like wolves, and for quite a long while. I often hear their meet-and-greet yipping and socializing barks that they make shortly after sunset, and too the terrible sound they make when killing a creature, but I have never heard them howling in the morning. I wonder if it had something to do with the full moon? Do our readers hear coyotes howling regularly? 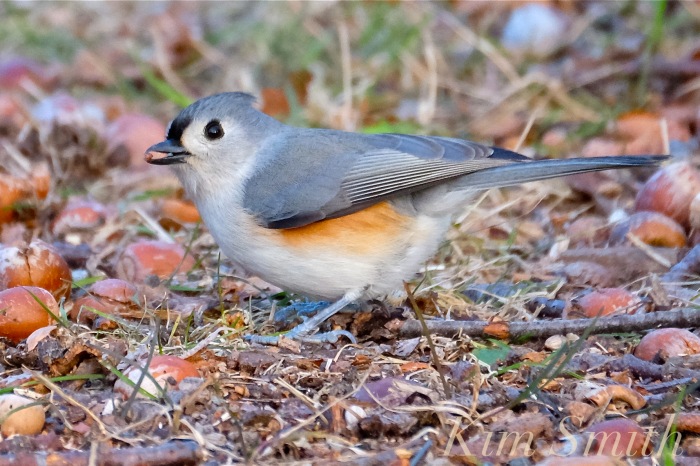 Further along the Pond walk there was a large flock of American Robins and they, along with a lively group of Blue Jays, Tufted Titmice, Song Sparrows, White-throated Sparrows, and Cardinals were hungrily eating every berry in sight, so much so that when I returned to the same spot a few days later, there wasn’t a berry or fruit to be seen. A magical morning at a magical place we’re fortunate to call home.