At the supermarket picking up some stuff for last night’s dinner and figure I’d pick up some pork for smoking today at the dock so I could treat the boys to some pulled pork sandwiches.
Saw the small 2 lb pork loin and didn’t think it all teh way through on how lean a pork loin is and devoid of all that good fat for smoking.
So the plan has changed up and after reading a bunch on the BBQ forum the new plan of attack is to cook it on the kettle between between 325-350 indirect heat and pull it off when it reaches 140 internal.
I trimmed the thick part of the fat off the top and left about half of the fat on.  Then made some criss-cross incisions on the top.
Next applied the Paul Prudhomme’s Blackened redfish magic rub. 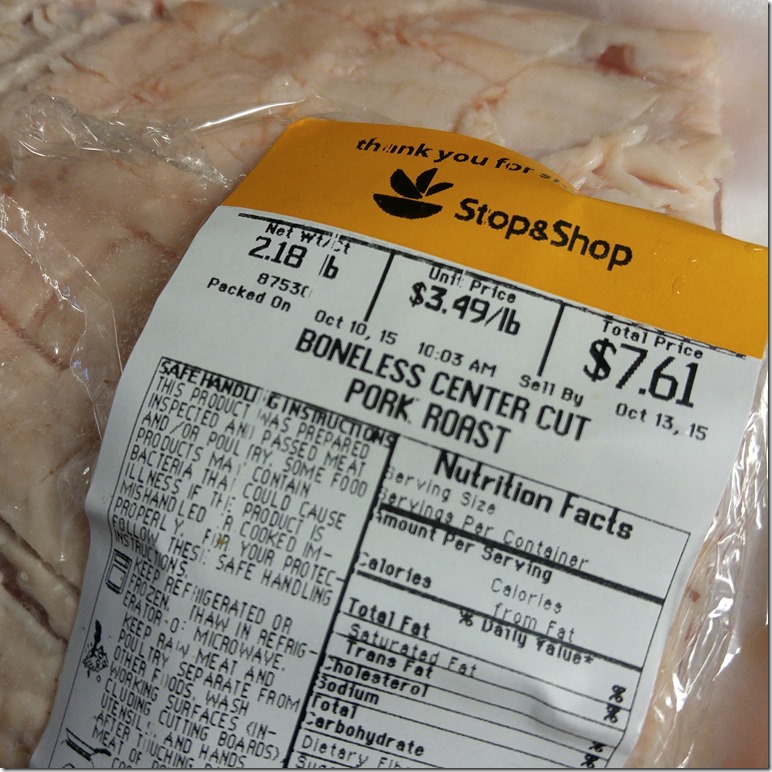 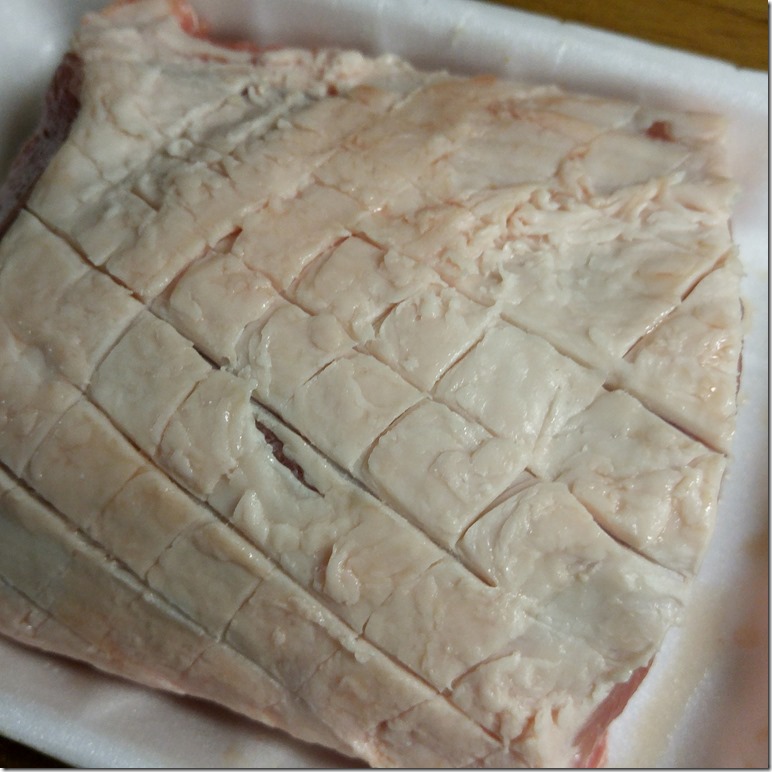 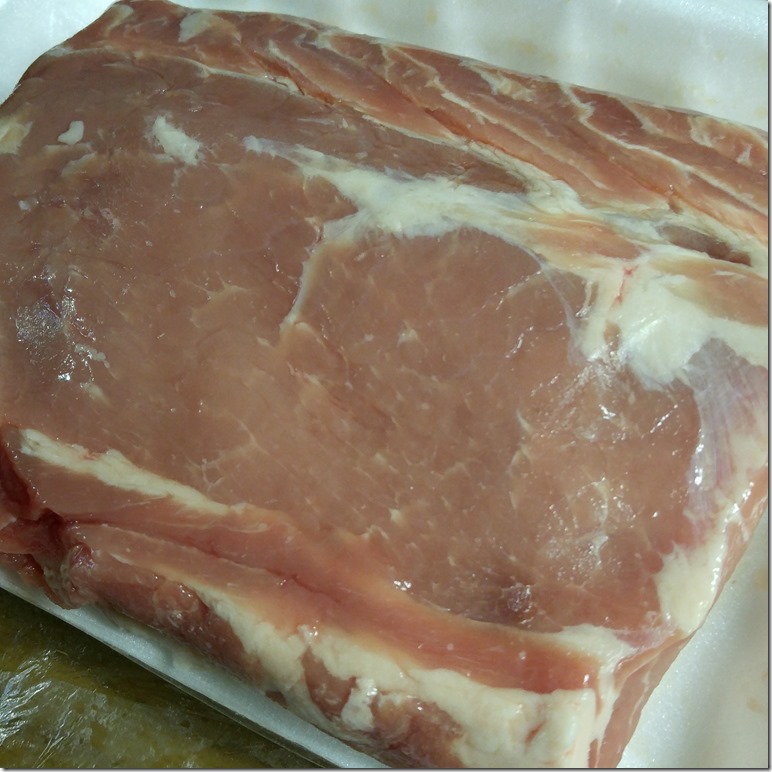 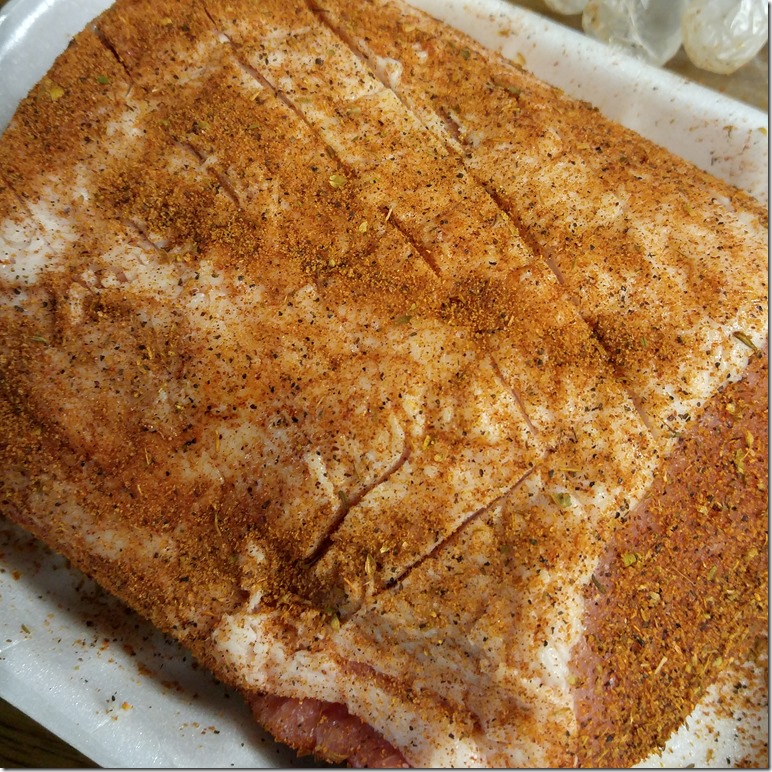 It was busy down the dock and I dumped a full chimney of coals on one side of the kettle, it got going and ended up needing to be have the vents choked down completely for a good twenty minutes to get the heat to settle down under 350.

Also we had a run of lobster boats land in sequence so I couldn’t monitor the internal temps as i would have liked to.  By the time I put the lobsters crated up and into the tanks the internal temp on the pork had gone to 160.  I figured it was just a total disaster as the original plan was to pull it off around 130 internal.

As it turns out I let it rest for about a half hour and we sliced it up for some sandwiches.  used some nice potato rolls and tried out Trader Joe’s Carolina Gold BBQ sauce.

It was actually quite tasty and not dry at all.
So it wasn’t my proudest moment at the kettle, but in the end the boys all enjoyed it. 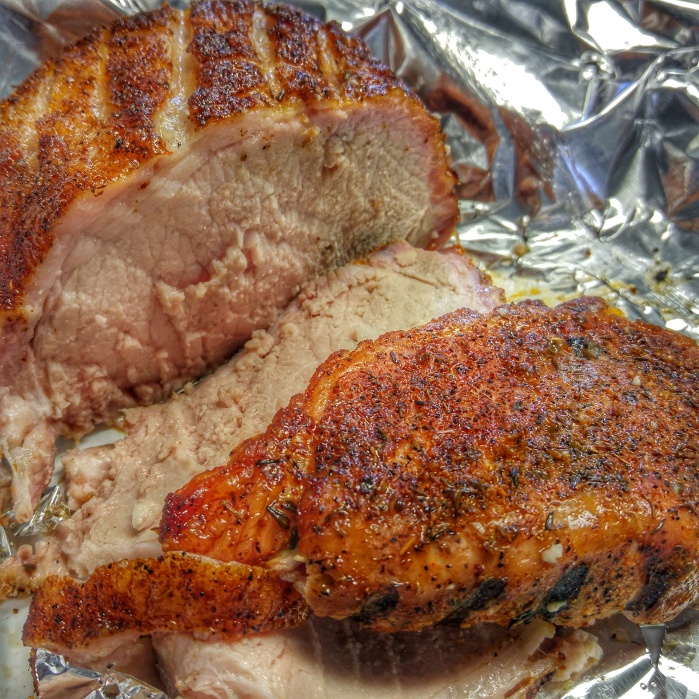 One thought on “Pork Loin On the Grill”